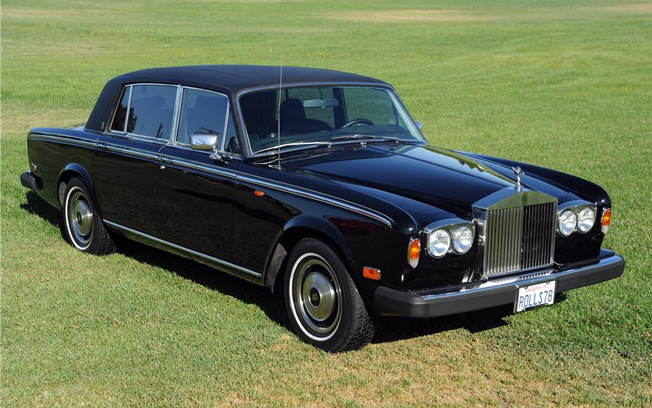 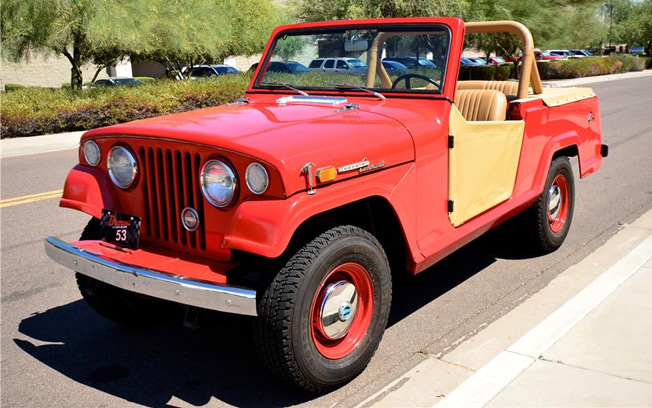 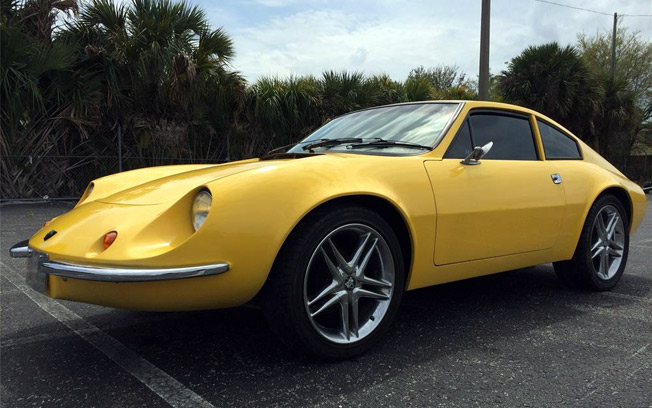 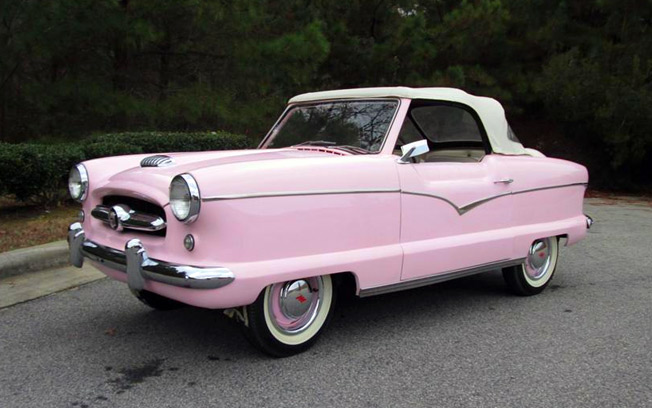 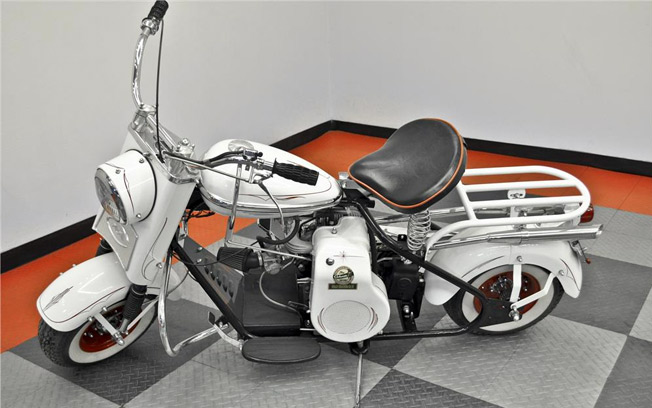 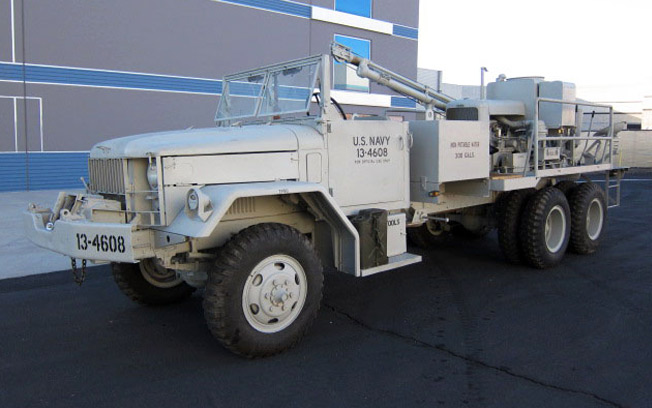 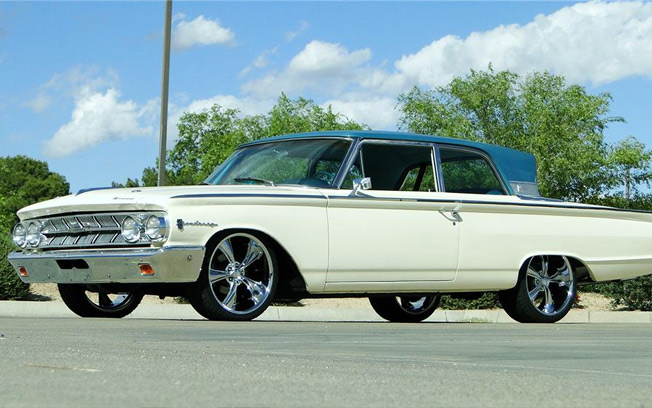 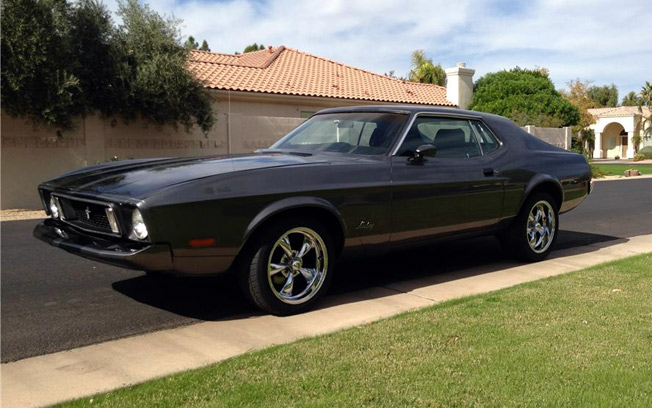 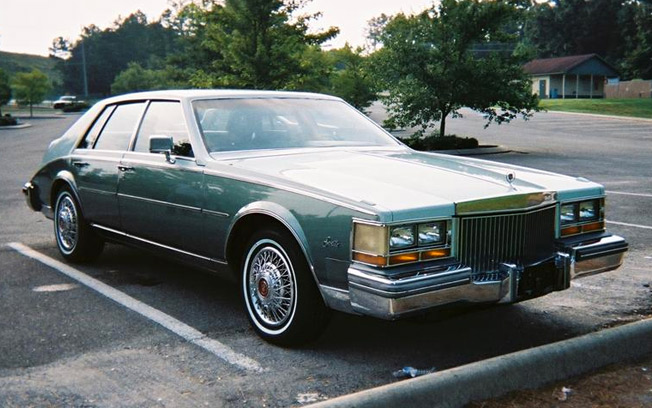 Barrett-Jackson auctions have a mixed reputation among car enthusiasts. While it’s great seeing unique or rare vintage iron crossing the block, BJ is also a little responsible for the price inflation that keeps those rides out of the hands of owners that would drive them. If bidding against collectors isn’t your thing, you can just sit back and enjoy the show. Here’s ten of Barrett-Jackson’s best in recent years. Depreciation takes its toll on even the greatest marques of Europe, and what seems out of reach to many is easily affordable if you wait long enough. This Rolls hit the streets when Atari was king, and while it’s no modern high-tech wonder machine, its 6.75 litre V8 gets the job done. Because the job is luxury, and this lengthened wheelbase model offers tons of interior room, brand new leather, and unmatched class. Why buy a Toyota Yaris, when this Rolls sold for just $9625?

This old Jeep is way more fun that the massively more common CJs out there, but has almost all the off-road capability. It’s roofless, has custom half-doors, and a roll bar and cargo bed covered in vinyl, plus it looks like a rugged toy out of my childhood. It went for under $13,000, although most of that is probably due to the 2 barrel 225cid V6 and 3-speed auto. You aren’t going to win any drag races, but it has “Jeepster” and “Commando” in the name. How can it fail?

Brazil exports some great things to the rest of the world. Cars are not one of them. It’s easy to see why, with the old Puma sports car. It has basic VW suspension bits and drivetrain, so while it has charm, it’s really just a sporty looking Beetle. Still, the Puma is rare on these shores, and looks like a million bucks, drawing lines from the Lamborghini Miura, classic Porsche 911, and maybe a bit of a Brazilian flavor on a Opel GT. That’s quite a steal for $6,270.

It’s really too bad there aren’t more American car companies around to take sales risks like this one. The Metropolitan was one of the first kei cars in a time when Mr Honda was just starting to assemble motorcycles, and Detroit was cranking out barges. This dinky 2-seater sports offers a .9 liter (not a typo) four cylinder and a 3-speed manual. You might not think that’s much, but at 1,800 pounds, this little guy can move. Plus, it’s small enough to fit in the trunk of your daily driver. $13,200 buys almost a ton of classic charm.

Forget the hipster’s café racer trend and ride original on this classic Cushman. It’s got all the personality of the 1950s rolled up into one little scooter that still looks great today. It’s got that stripped down, basic but badass look of ‘50s bikes, then a ridiculously tiny engine and transmission. This Eagle has as much horsepower as your push lawn mower, but with proper gearing it can get up to city speeds. Plus there’s a rack for all your stuff. Why buy a Camry when this retro chopper is under seven grand?

Forget the “full-size” truck market, as this is the truck you need. The M36 is the long bed version of the military’s long-used M35 cargo truck. This economical ride achieves 11 miles per gallon on a truck that weighs over 14,000 lbs and is rated for 10,000 lbs in the bed. This one saw military and civilian duty, and sold for just over five grand, making it a steal from a pounds-per-dollar standpoint. It’s the only thing on this list slower than the Nash, but when the zombie apocalypse happens, you’ll be ready to run over the entire horde with this over the top piece of hardware.

Ever wanted to see what people in the disco ‘70s thought of cars from the roarin’ ‘20s? Now you can, with this pristine condition Excalibur. Originally Studebaker sourced, the Excalibur cars received GM underpinnings in the ‘60s, and were thoroughly modern vehicles under that antique bodywork. At $17,600, this would be a great retro driver with, as the ad states, “tasteful elegance for the aficionado.” In other words, a weird looking street rod for the lazy.

Think you can’t afford ‘60s era classics? Think again, with this Corolla-priced, rear-wheel drive, V8, cruiser. This musclecar-ish ride sports a 390, auto trans, and is absolutely immaculate inside and out. The blue interior is gorgeous, featuring a bench front seat and crank windows. The exterior is perfect, and the stance looks just right riding on aftermarket 20” wheels. For the price of a Scion, this Merc’ offers something truly different.

Speaking of muscle, Barrett-Jackson is known for selling high dollar classic Mustangs. This particular ‘stang proves that you can still afford classic muscle, if you are willing to compromise a bit. This ’73 is no gorgeous ’67 fastback, but does have the legendary 351 under the hood. Unfortunately it’s also an automatic, and the years just before the Mustang II were seriously heavy. The mods are tasteful, with American Racing wheels and Corbeau seats, making the $6,600 seem like a pretty dang good deal.

Don’t laugh, this malaise-era luxo barge is the price of one Escalade payment. This is a great condition luxury car from another era, and is interesting, if only as a time capsule. Eighty-one Caddy’s sported “bustle backs” that were hot for their time, but now look gross. Unfortunately, the digital fuel injection and emissions equipment weren’t up to the task of making any kind of power, so the 6.6 liter V8 is essentially an impressive looking hamster wheel. Still, if you need wheels, Barret-Jackson delivers at any price. By Andy Jensen – Contributor Photo Credit: Barrett-Jackson.com

Barrett-Jackson auctions have a mixed reputation among car enthusiasts. While it’s great seeing unique or rare vintage iron crossing the block, BJ is also a little responsible for the price inflation that keeps those rides out of the hands of owners that would drive them. If bidding against collectors isn’t your thing, you can just sit back and enjoy the show. Here’s ten of Barrett-Jackson’s best in recent years.

Which do you think is the best off-road?