Does the Camaro ZL1 1LE Live up to the Hype?

When I think of the late ‘90s, it seems like just six or seven years ago. In reality, we’re looking at two decades. While Pokémon has unfortunately held its value, and Will Smith’s music career sounds like the cheerful stuff we need right now, the automotive landscape has been turned entirely upside-down since then. Nowhere is this more apparent than the new Chevrolet Camaro ZL1 1LE.

The Camaro has been an American icon for over five decades, which is weird when you consider that it never seems to be the same car every ten years or so. The first gen Camaro from the ‘60s was a competitive pony car response to Ford’s Mustang. The second gen was ‘70s excess, including size and weight. The third gen for the ‘80s went for handling and economy, since horsepower didn’t exist back then. Then the ‘90s 4th gen revived cheap performance, with an emphasis on cheap.

For a while there, the Camaro was the automotive equivalent of a Confederate flag wearing a mullet and drinking Keystone Light in its trailer. It was a stout drag racer, but only adequate in the corners, and didn’t inspire confidence with a dead steering feel and tiny brakes. The interior looked like playground equipment spray painted black, and rattles were a mandatory factory installed feature. The revived 5th gen couldn’t figure out what it wanted to be, so it was a bit of everything. A sporty performance coupe with the weight and straight line performance of a muscle car, but a nod towards handling, and a decent interior hampered by an infamously bad outward visibility. Chevy bounced around from different ideas with each generation, never seeming to get it quite right. Until now.

It may have taken decades to get here, but the 2018 Camaro ZL1 1LE is a world class performer worth the wait. The 2016 sixth-generation Camaro ZL1 bested the massively improved 2015 Ford Mustang GT350R, which shocked pretty much everyone. The 6.2L OHV LT1 V8 is more powerful than the 5.0L DOHC Coyote, which again continues the displacement vs complexity argument that GM and Ford performance divisions have been having since the mid-‘90s. The Camaro is lighter in the 6th gen, and lighter still with the 1LE Track Package selected on the options list. 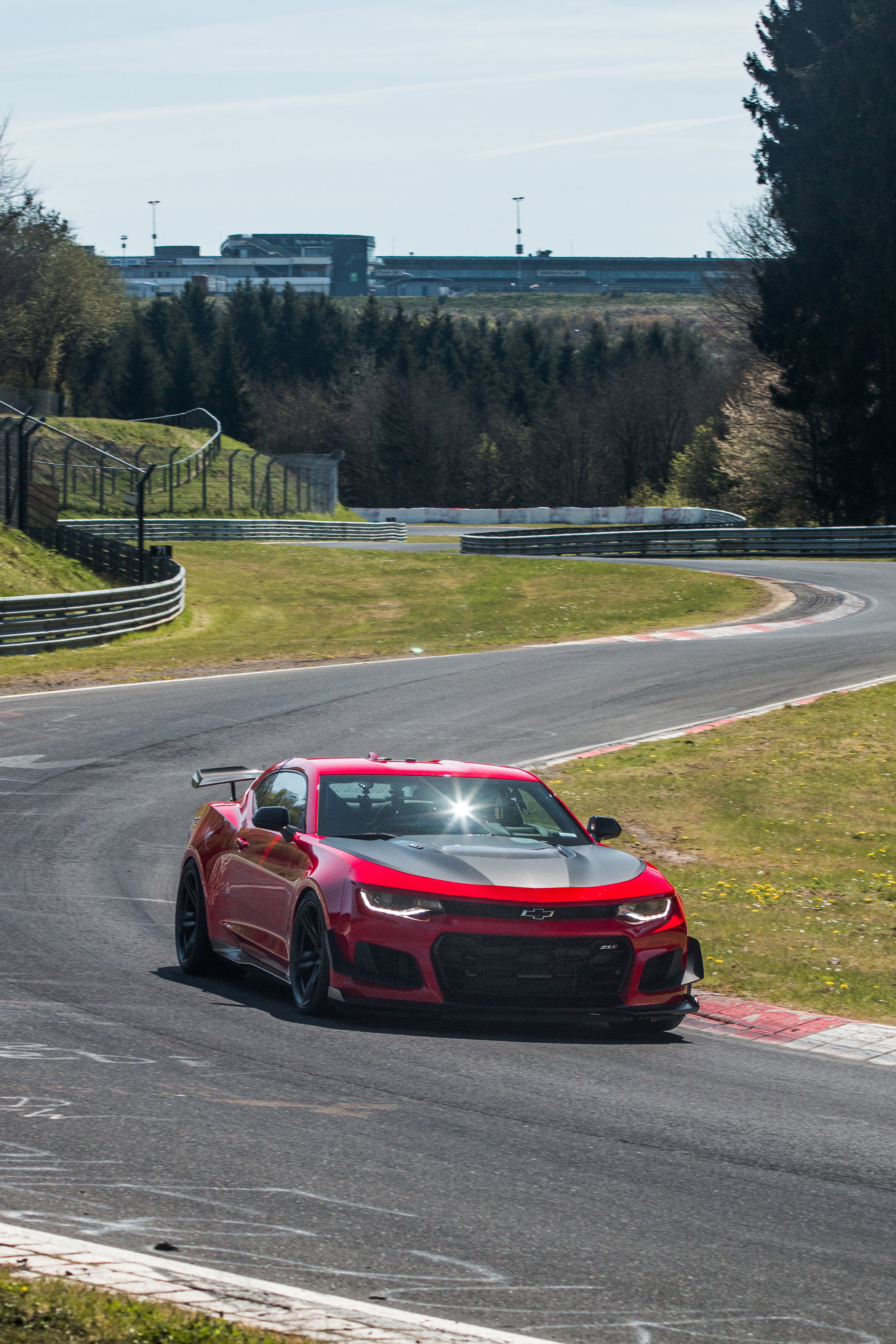 Since 1LE is just an RPO code for better brakes and suspension bits, the “base” ZL1 provides the drivetrain here, unmodified with 650 horsepower and 650 lb/ft of torque. Full stop, and think about this for a second. Camaro started the ‘90s with half the horsepower of the Dodge Viper. By 2018, it had caught, and passed the super snake. While the 6.2L is borrowed from the Viper’s arch rival Z06, it’s heavily intercooled and vented to prevent overheating. And unlike the commoner’s base ZL1, the 1LE is only available with a 6-speed manual, in this case the highly praised Tremec MH3.

By this point you may be thinking the 1LE is just an overpowered burnout machine like the Dodge Demon. As said earlier, Chevy sweated the details here, and the ZL1 1LE definitely works. It’ll lap the Nurburgring in a stunning 7:16, which is faster than the previous Corvette ZR1, and 13 seconds faster than the regular ZL1. That time also beats the Ferrari 488 GTB, and previous-generation 911 GT2 RS, for half the price, and leaves a Pagani Zonda in its dust, for about one-tenth the price. Motortrend reported that GM engineers were messing around and knocked out an unrecorded 7:13 time. If true, the 1LE is a faster track car than the revolutionary $400,000 Lexus LFA supercar. While it costs as much as a new base Z06 at $71,000, the 1LE is undeniably a performance bargain.

To tell your track monster apart from the kid in the turbo four banger base model Camaro, the 1LE looks different as well. Up front there’s a giant aftermarket-looking front splitter and canards. These were too crazy to pass European pedestrian safety standards, so you’ll only be able to get the 1LE in ‘murica. Just in case the purpose of the car wasn’t clearly stated, the huge rear carbon fiber wing announces this as a track car. The aero package works too, unlike your JC Whitney stuff, and creates over 300 lbs of downforce at 155 MPH. It’ll do that and more, on its way to a top speed of 190 MPH.

Reports say it’s stable at that speed too, thanks to the awesome parts you can’t see. Rather than just Chevy’s fancy magna-ride shocks that they put in everything these days, the 1LE goes fully insane with Multimatic DSSV dampers. This is the same shock design used on the Aston Martin Vulcan, Ford GT, and Formula 1 race cars. You can change front end height by 10mm, rear sway bar position, and front camber, so you can adjust to different race tracks or just hardpark for Instagram. Tires provide huge grip, as you would expect from massive 305/30ZR19 fronts and 325/30ZR19 rears.

The interior is actually on par with a car of this price level, and outward visibility increased over the previous generation. The steering wheel still looks vaguely pregnant in that uniquely Camaro way (since 1990!), but the gauge cluster is slick looking, and logically laid out. It’s comfortable even for tall people as NBA all-stars (and Camaro owners) Kevin Durant, Lebron James, James Harden and DeMar DeRozan can attest.  The ZL1 is rather quiet too, almost poised. Not only is it a speed demon, but it’s an all-around good car. The 3,8XX lbs of heft feel more like security, rather than weight to overcome. Handling and braking are reminiscent of a 370Z, and the steering feel approaches the high-end sports car level for feel and feedback. This isn’t a Chevy that competes with the Mustang, it’s a direct competitor to the 911. Yes, that felt weird typing that.

Jeremy Clarkson, in one of his last seasons on Top Gear, drove the last Aston Martin V12 Vantage and lamented about the future. He didn’t see a world where bonkers performance survived the coming EV revolution. Maybe he’s right in the long run, but for now, we’re thankfully still on the trajectory from the ‘90s, where absurd supercar performance levels have trickled down into the everyday working class heroes. You don’t need a six-figure British V12 for stunning performance, just pick up a Camaro with three important letters: 1LE.

Are Audi, Infiniti, Lexus, Cadillac & Acura merely pricey versions of cheaper cars & thus not worth it?