When it comes to performance cars, little carry the same iconic legacy the BMW M3 does.  A high performance version of the standard 3-Series, the M3 is a product of BMW’s in-house motorsport division, M GmbH.  Although the BMW M3 received some major changes throughout its lifetime, it never lost its status as the benchmark performance sedan/coupe.  Here is how the M3 evolved over the years, and how BMW has managed to somehow stay in front of the game, beating the likes of Mercedes’ AMG and Audi’s RS. 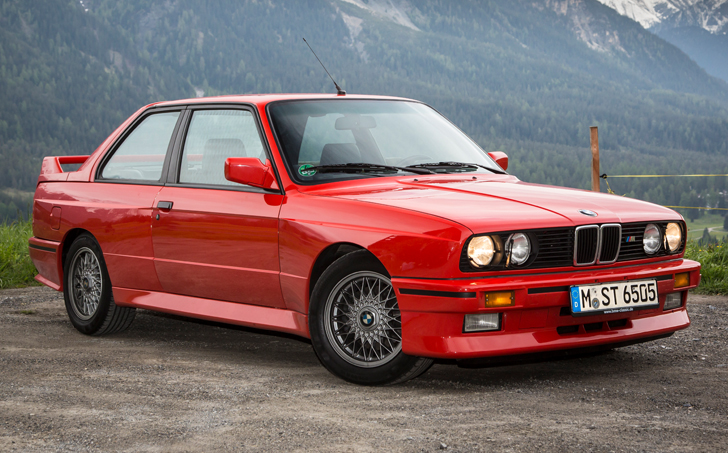 The first M3 hit the market in 1985.  It was based on the E30 3-Series, but only came available as a coupe and a convertible.  The base car carried the S14 inline four-cylinder engine making 192 horsepower with a catalytic converter, and 197 without.  In 1989 BMW upped the power rating to 212 horsepower.  Power was sent to the rear wheels via a five-speed Getrag 265 manual transmission, the U.S. received an overdrive transmission of the Getrag while Europe got the dogleg version.

Although it was based on the 3-Series and shared the same basic structure, the M3 featured 12 different and bespoke body panels.  They improved aerodynamic efficiency but also flared out the wheel arches to accommodate the wider track both front and rear.  In 1988 BMW introduced the Evolution (EVO2) version.  It came with 220 horsepower, larger wheels, lighter panels, and an extra rear spoiler.  The ultimate Sport Evolution was produced in just 600 examples and featured an enlarged 2.5-liter engine with 235 horsepower, as well as an adjustable front splitter, a bigger front bumper, and a rear wing.  In the end BMW ended up making an extra 786 convertibles too. 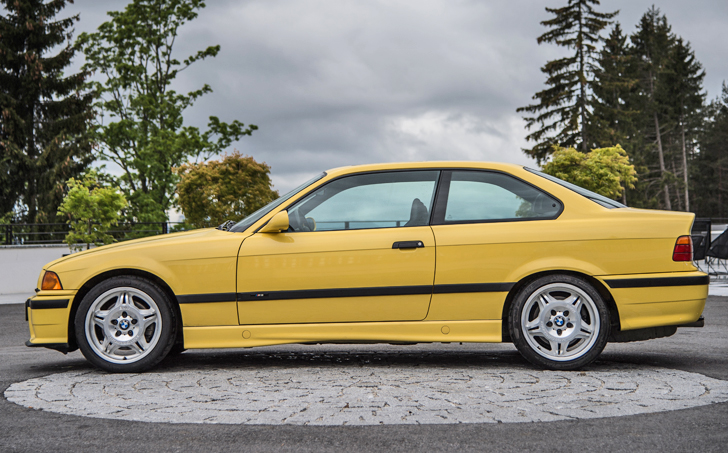 The E36 M3 made its official debut in early 1992.  Initially it was only offered as a coupe, though BMW later introduced the convertible and the sedan.  The absence of any kind of M5 during the discontinuation of the E34 M5 in 1995 and the introduction of the E39 M5 in 1998 meant they had to offer a four-door performance sedan of some kind, and the M3 was the obvious choice.  The first E36s used a 3.0-liter S50 straight-six engine with 282 horsepower and a five-speed manual.  In 1994 BMW produced a limited run of M3 GT, built as homologation specials.  All of them had the power figure bumped up to 291 horsepower.

In 1995 the first M3s hit North America, but they carried the S50B30US engine with 240 horsepower and a five-speed manual/auto transmission.  Elsewhere in the world, all of the M3s received the upgraded S50B32 engine with 321 horsepower.  A year later in 1996 BMW upped the capacity of North American model engines to 3.2-liters, but power figures remained the same at 240 hp.  The transmission was still of the older five-speed variety, despite the fact that European models received the six-speed upgrade.  The E36 M3, much like its E30 M3 sibling, dominated GT Series championships and enjoyed a lot of success on the racetrack. 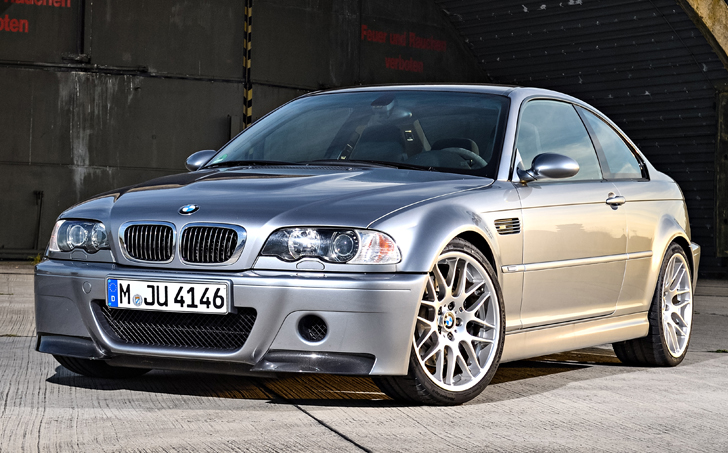 When on the topic of M3s, one seems to be always more loved and adored by enthusiasts than all of the others.  The E46 M3 holds a special place in many BMW fans’ hearts, and is largely considered the last great M-car BMW ever made.  Introduced in late 2000, the E46 M3 was only offered as a coupe and a convertible, just like the E30.  This time it carried the same six-cylinder S54 M-tuned engine producing 333 horsepower for all global markets, but it would also be the last naturally-aspirated straight-six M-car in the history of the model.

Power was still sent to the rear wheels, but BMW upgraded the transmission to a Getrag six-speed manual.  The M3 was now available with an SMG drivelogic automated manual too.  The SMG used the same 6-speed Getrag transmission underneath but it utilized an electrohydraulically actuated clutch to shift gears, so there was no third clutch pedal in the cabin.  Although it was smooth and quick when you were hammering it, the SMG was slow and clunky at regular speeds at times.  The S54 engine is widely considered to be one of the greatest engines the world has ever seen to this very day.  It features 6 independent throttle bodies and has a redline of 8,000 rpm.

In 2004 BMW built the M3 CSL in only 1,400 examples.  This ultimate-edition M3 never made it into North America, though a couple have been imported by privateers since.  The M3 CSL was all about lightness.  It was 240 lbs. lighter than the standard M3 thanks to less sound isolation, no electric seats and a nav system delete.  It also got carbon fiber reinforced polymer body pieces and a lighter rear window.  It managed to lose weight and retain the perfect 50/50 weight distribution of the regular M3.

The most successful racing E46 M3 came in the form of the M3 GTR.  Instead of the S54 straight-six it utilized a P60B40 4.0-liter racing V8 with 443 horsepower.  It was able to keep pace with the 996 GT3 frontrunners and enjoyed a lot of success in the ALMS series, even clenching the 2001 GT title with Jorg Muller.  To meet a change in racing regulations, BMW had to put the M3 GTR intro production, and they did.  The cost of just one GTR was $300,000. 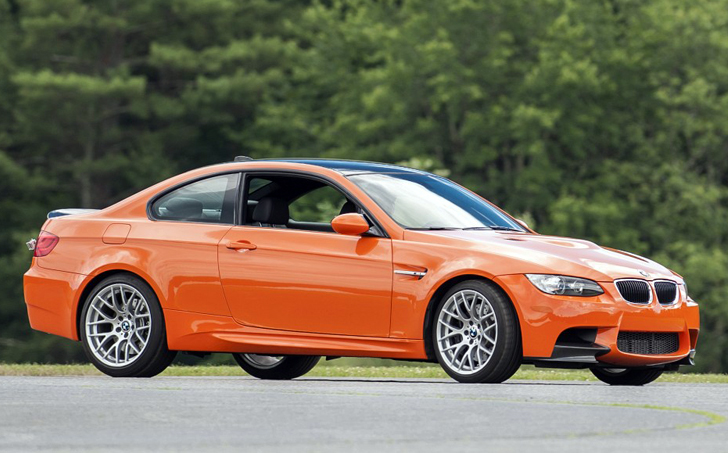 The fourth-gen M3 introduced a lot of firsts when it made its debut in 2007.  It was the first (and last) M3 to carry a V8, and the first M3 to adopt the same EXX nomenclature from the base 3-Series.  Like the E36, the fourth-gen M3 was offered in sedan (E90), coupe (E92) and convertible (E93) flavors.  Although it was originally going to be called the M4, BMW decided to stick with the M3 nomenclature due to the brand and model’s vast history.  The S65B40 4.0-liter V8 under the hood produced 420 horsepower and 295 lb-ft of torque, but the stats didn’t tell the whole story.  The S65 was, in essence, a race-inspired engine.  It will happily rev out to its 8,400 rpm redline and stay there all day.  The sound it produces is rather intoxicating too.  It’s a raspy, European-sounding V8 that’s been obviously inspired by motorsport.  Power is sent to the rear wheels via a six-speed manual or a seven-speed M-DCT (double-clutch transmission).

The E92 had a very successful racing career, having competed in various GT Championships around the world, including the world-famous 24 Hours of Le Mans.  Although the M3 E92 GT2 car received a lot of praise back in its day, the E92 M3 GT4 remains one of the most popular racecars of all time. 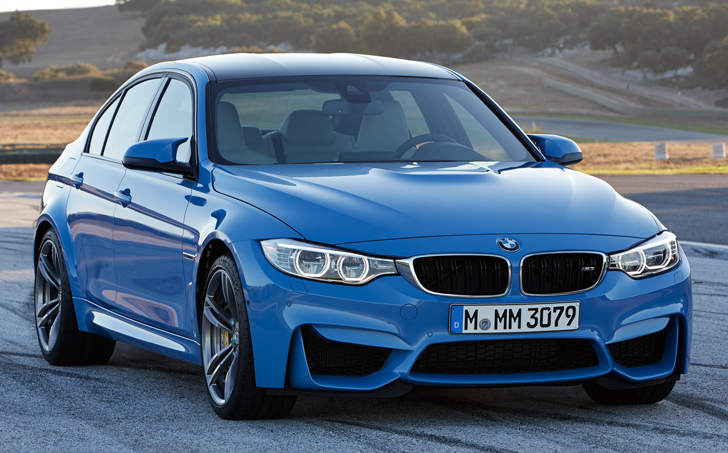 The F80 entered the market in 2014 but it didn’t receive the same level of recognition its predecessors did straight away.  For the first time ever BMW separated its coupe from its sedan vehicles via different nomenclature.  The sedan retained the same M3 moniker, but the coupe and the convertible made the switch over to the M4 (and 4-Series respectively).  The F80 made a return to the straight-six cylinder formula found in the E46, but it did so with twin turbochargers.  The S55B30T0 in the F80 is a 3.0-liter straight-six twin-turbo producing 425 horsepower and 406 lb-ft of torque.  Power is sent to the rear wheels via similar transmissions as the one found in the E92, i.e.  a six-speed auto and a 7-sped M-DCT.  Although it’s the fastest and most refined M3 car to date, the F80 never captured the same spirit its predecessors have.

The turbocharged engine doesn’t sound anywhere as exciting as the old N/A straight-six or even the S65 V8, and while the chassis characteristics are amazing, the AMGs and the RS’ of the world have finally caught up with M.  In 2016 BMW introduced the M3/M4 competition package with 444 horsepower and revised suspension for better handling.  It also got new springs, dampers and a re-tuned diff.

The F80 made its last hoorah with the M3 CS (Competition Sport).  Power was upped once again to 454 horsepower and it received minor visual changes such as a carbon fiber front spoiler, a rear diffuser and even a rear lip spoiler.

Concept Cars That Should ...

Which car brand do think is best?