New cars have gotten expensive… really expensive. Even the sensible base Honda Accord has a $25,470 starting MSRP, making it relatively unaffordable for many younger buyers.

That being said, newer cars offer excellent passenger and pedestrian safety, they’re economical and reliable, but perhaps best of all, they’re usually full of amazing technology that was thought impossible in the not so distant past.

Nowadays, we take things like voice recognition and Bluetooth connectivity for granted, but these features were once impossible on a computer, let alone a car. Here are 15 high tech features modern cars have that are pretty cool. 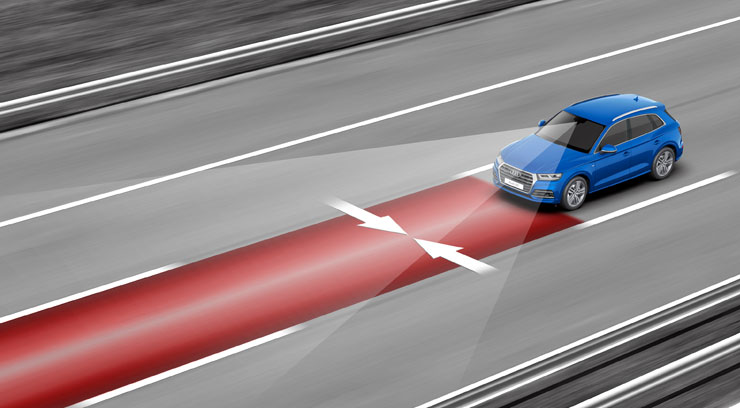 This system uses camera technology which detects if you start to drift out of your lane, and will gently steer you back into the center yours. This is a valuable safety feature, especially for today’s tech distracted drivers.

Although it can be a bit unnerving at first, if you trust the system and work with it instead of against it, it’ll take the strain out of driving and make life that much easier. Mind you, it doesn’t mean you should take your hands off the steering wheel or let the car drive itself. It’s a system designed to work and aid you rather than operate completely autonomously.

How many times have you double or even triple-checked to make sure there’s no one in your blind spot? Countless times, right? Well, blind-spot monitoring works to inform you whenever there’s a car in your blind spot, be it the A, B, or even C-pillar.

Most cars have a little yellow flashing indicator on the side mirrors, but a few notify you through the instrument cluster or an audio cue.

Physical side mirrors will soon be a thing of the past. In their place you’ll find small little winglets with cameras inside. The image from the cameras will be relayed on small displays near the top of each side door panel. It will take some getting used to, but virtual exterior mirrors will greatly improve fuel economy by reducing drag coefficient. 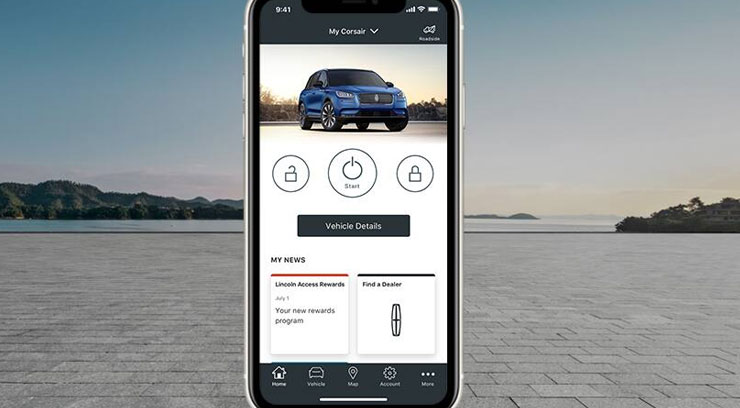 This is, without a doubt, one of the nicest high tech features modern cars have to offer. Android Auto and Apple CarPlay render most infotainment systems obsolete because it means you no longer have to rely on outdated maps or sluggish menus.

Being able to use your phone for things like maps to audio streaming means that you can seamlessly use the car’s infotainment system with no steep learning curve. Some manufacturers offer a matching app as well in which you can to start the car, lock/unlock, check the fuel level, roll down the windows, or even honk the horn. 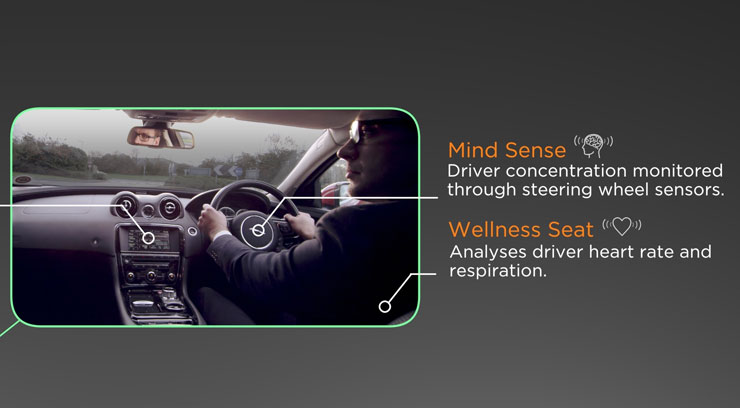 This is a feature that you likely don’t know exists… until you do. Cars equipped with drowsiness detection systems will alert you through visual, audio and/or physical (vibration) cues if you start falling asleep or begin getting drowsy.

It’s an excellent preventive measure that stops you from having to experience what an airbag feels like. Although statistics are hard to come by, car drowsiness detectors have no doubt prevented a number of accidents since their inception. 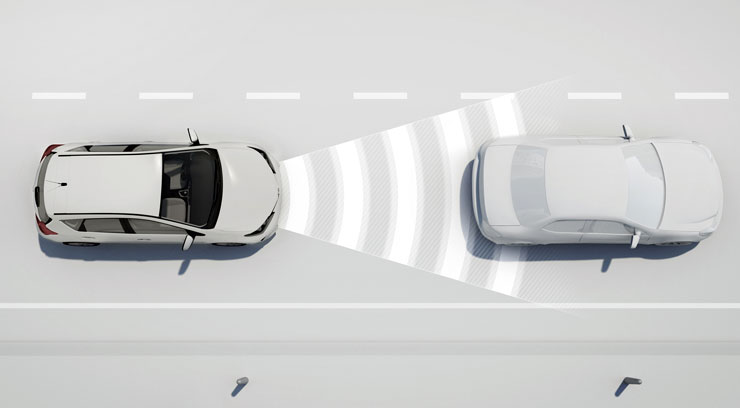 It’s like regular cruise control, except better in every single way because it can both accelerate and brake depending on the vehicle in front of you. It’ll keep a set distance to the car in front, matching their speed and slowing down when they slow down.

This, coupled with the assisted steering, means the car can pretty much drive itself. Still, you must keep your attention on the road, your hands on the wheel and be in control of your vehicle to be safe. 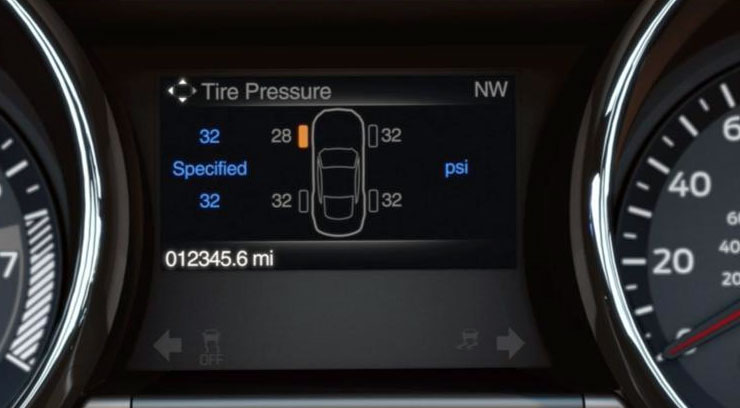 This is a very useful feature because it renders periodic manual tire pressure checks useless. It’s also great as it means you can detect a slowly deflating tire on time and get to the tire shop. Some manufactures, such as Lincoln, even enable you to check your tire pressure remotely via the Lincoln Way app.  Remember, if the system alerts you to low tire pressure, it’s important to inflate your tires to the recommended pressure as soon as you can as it can impact stability, traction, fuel economy, tread wear and even lead to a blowout in extreme situations. 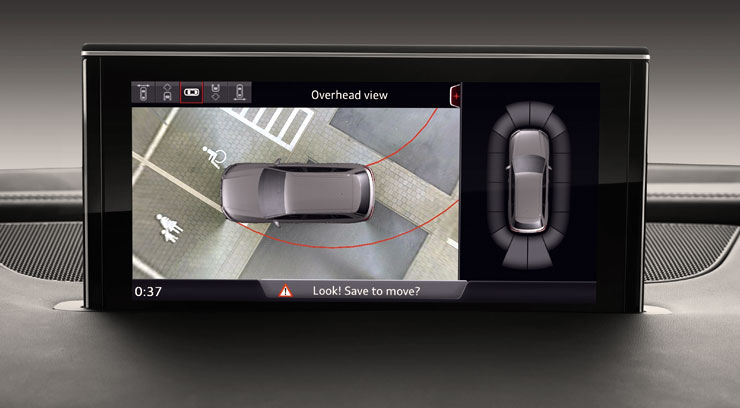 This feature had previously been reserved for premium manufacturers, although today is finding its way into the well optioned models on most brands. The 3D Surround View in essence offers drivers a top down “birds eye view” of the car and its immediate surroundings.  This is achieved via 4-6 cameras scattered throughout the exterior and faithfully replicates that on the infotainment screen using augmented reality. It’ll even render a version of your own car that you can look around in 3D. If you ever wonder if a car has a Surround View Camera System installed, then simply look under the side mirrors.  If they have a camera then it’s almost certainly equipped with delightful feature. 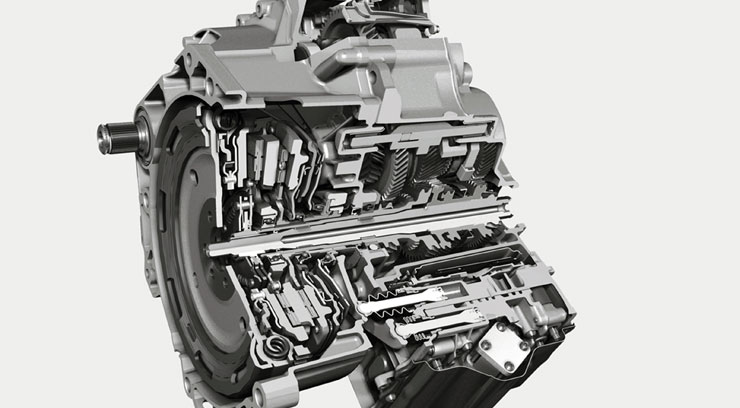 I wouldn’t call this a feature in the true sense of the word, but it has completely revolutionized the automotive industry in the past decade or so. A dual-clutch transmission has, as its name would imply, two clutches.

This means that it can shift that much quicker and that much smoother than regular automatics. It also lets you select your own gear using steering wheel-mounted paddles. This was a feature once reserved for supercars, but you can now find it on regular cars like Volkswagen’s Golf. 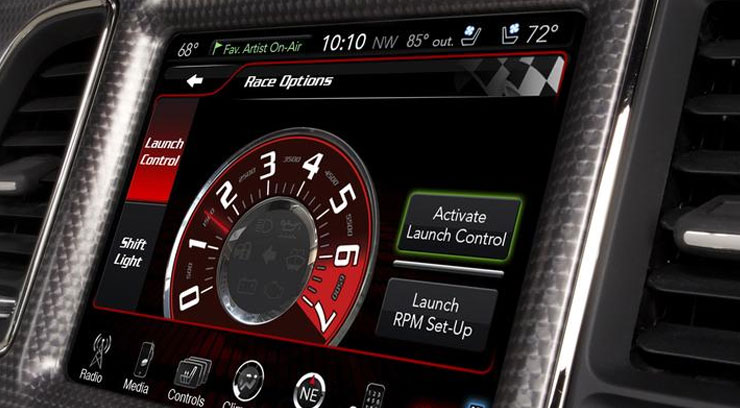 Only sporty or performance-oriented cars have this feature, but those that do make exceptional use of it. It’s a system that will hold the revs at the optimum target range and launch with insane precision in order to achieve optimal 0-60 times over and over again. Tesla goes a step further with their launch control.  Tesla’s now feature a “cheetah stance” launch-control start in which the car’s front suspension lowers and the damping is adjusted for improved traction. 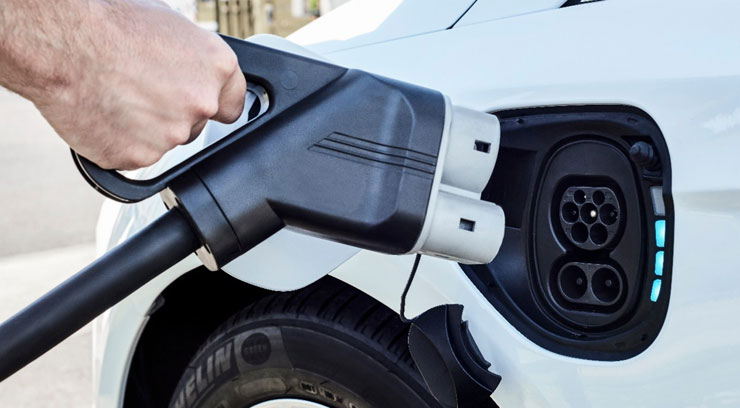 Who thought the most popular cars currently on sale would be electric, let alone that the future of the entire automobile industry would be electric? If you had told me this twenty years ago, I’d have laughed and wondered what the hell you were talking about.

Here we are though. Basically, every manufacturer has at least one EV in their lineup, and they’re aiming to kill off the internal combustion engine over the next couple of decades due to its wealth of advantages. If you’re concerned that quiet electric cars provide a bleak and boring future for car enthusiasts, take a look at the Pininfarina Battista and the Rimac Nevera.  I don’t think we have anything to worry about.

They may not make any sound, but they’re incredibly fast and make an amazing platform for luxury cars due to the before-mentioned lack of noise.

This ingenious safety feature is usually paired with Automatic Braking. Basically, the car uses cameras, radar and other sensors (infra-red light, thermal imaging, etc) to recognize a pedestrian (or large animal) in front or behind you.  Then the car will alert the driver and automatically brake if it senses you’re going to otherwise hit them.  Drive an appropriately equipped Mercedes at night and the system will even switch the drivers display to night vision and prominently highlight the pedestrian (or animal) in the distance on the screen so it is more visible to the driver and they have ample time to safety maneuver. 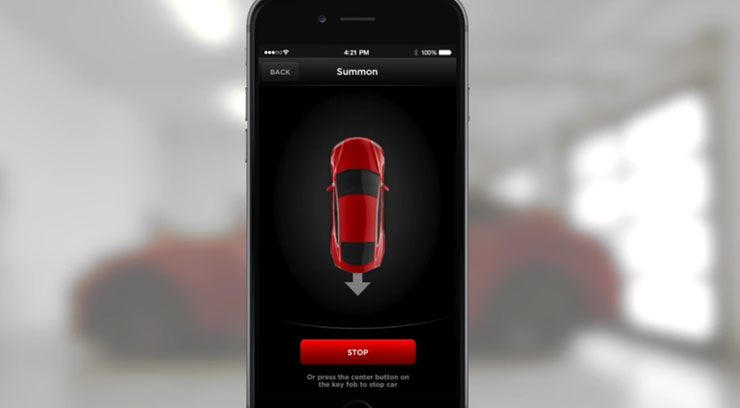 Not all new cars have this, but those that do are extra cool. Tesla is the most popular brand to offer it. In essence, it’s a summon feature that calls the car to your location via the press of a button on the key fob or your phone. It’s meant for retrieving your car out of a tight parking spot or other convivence oriented low-speed maneuver, but most seem to use it for car parks or impressing others.  So don’t expect to be able to summon your car from miles away…yet. 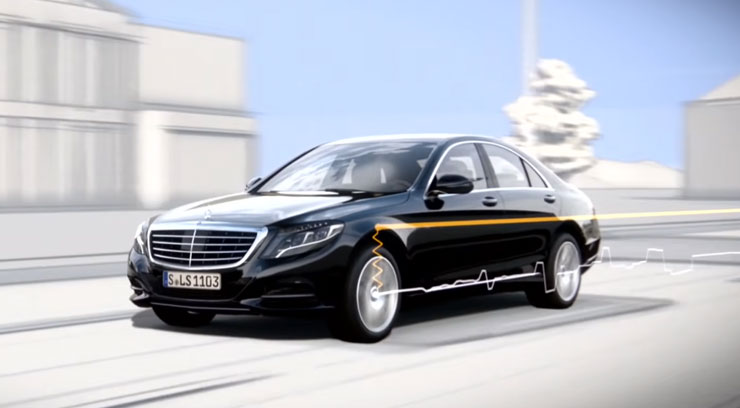 Cars equipped with this feature use stereo cameras to scan the road ahead (up to about 50 feet) and then constantly adjust the suspension in real time with high precision. Mercedes named it with the word “magic” as they said it’s so smooth it’s like riding on a magic carpet.  They’ve even done an advertisement for it using chickens. Yes, I’m serious. Look it up, it’s hilarious. 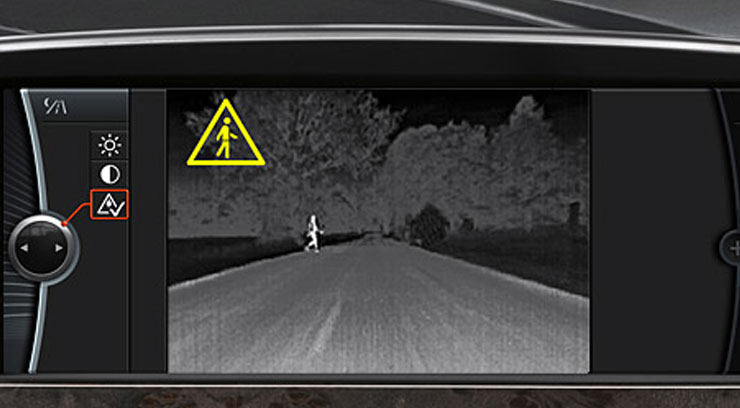 Driving at night can be dangerous and exhausting. The reduced visibility is a real hindrance in some situations, which is why a lot of manufacturers offer night vision systems for their cars. In essence, it’s a system that uses multiple infrared lamps to ‘illuminate’ the road ahead and then relay that info to you through a camera via the digital dashboard or infotainment system.  Although it may sound gimmicky, it has a legit safety benefit in being able to seeing something well ahead of when you would naturally be able to.

What other high-tech features that you think are cool?  Let us know in the comments below.

Which classic convertible do you think is the Sexiest?