If you want speed with attitude, it’s hard to beat an American muscle car. Technically speaking, a muscle car has a big block V8 stuffed into an intermediate coupe, but like “sports car,” the definition of muscle has evolved to include small block V8s, pony cars, and even sedans and wagons. Without further ado, here are the top ten highest horsepower classic US muscle cars in no particular order. 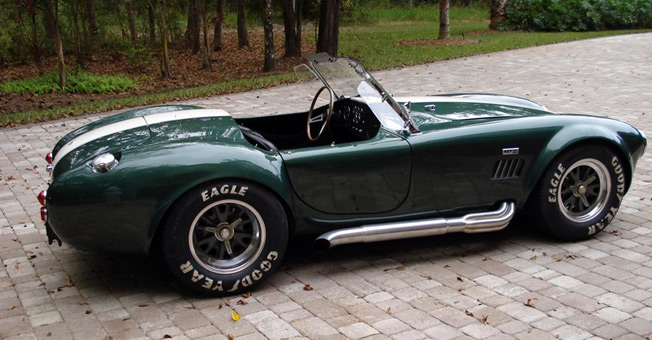 This is pushing the limits of the term muscle car, but the design ethos of the original Cobra is definitely muscle. Carrol Shelby stuffed small block, then big block, Ford engines into the flyweight British AC Ace sports car. The result was a monster of a sports car, with 425 horsepower in a 2,300 pound car. For reference, that is 400 pounds lighter than a Miata, but 3 times the power. Yikes. The Cobra won hundreds of races in the ‘60s, and became the car that every other supercar would be measured against, often even today. 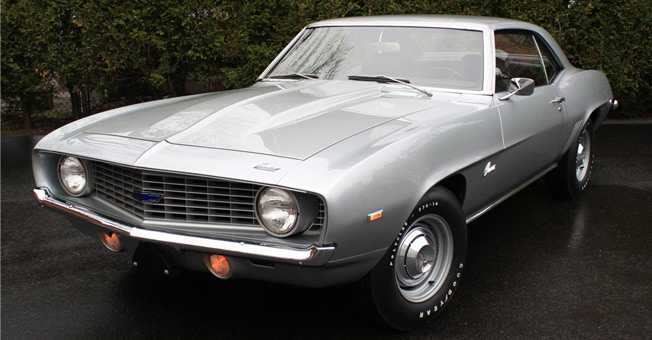 Dealerships in the late ‘60s found a way around Chevy’s limit on high displacement engines and began ordering 427s fitted into the compact Camaro. Most of them were iron blocks, but a few dozen were hand-bilt aluminum 427s. These lightweight engines were basically drag race ready, and only needed exhaust and tuning to cross the 500 horsepower mark. While they are extremely rare, they were available at pretty much any Chevy dealership with the will, and any buyer with the cash. The ZL1 cost more than the Corvette, so only 69 found their way out of the factory. 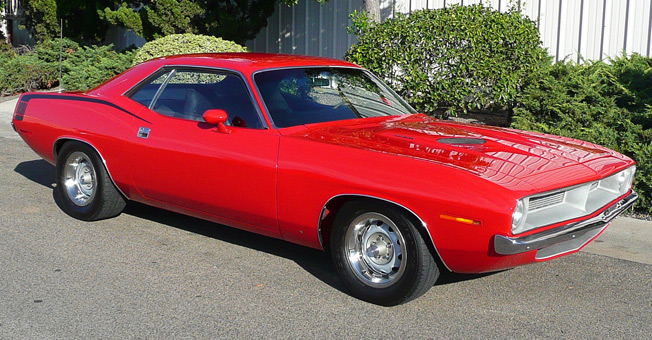 The ‘cuda shed its economy car roots in 1970, updating its looks, handling, and capabilities for the ‘70s. The biggest change was the engine options, and while the 440 “six pack” and 426 Hemi had been available in the previous generation, with the ’70 E-body ‘cuda, the power skyrocketed and it became the legendary million-dollar muscle car we know today. Oddly, despite its performance oriented roots, the more flexible and weighty convertibles are the investment ticket today, but any Hemi with 425 horsepower is good enough for me. 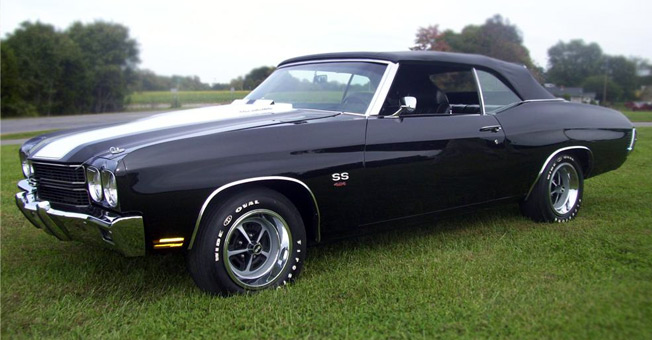 1970 was arguably the pinnacle of the first muscle car era. For Chevy fans, the peak of performance is a Chevelle with the LS-6 454 V8. Check one box on the order from, and you could get an estimated 450 horsepower in a spankin’ new box body that defined the muscle car era. Put some modern tires on this big bad boy, and you’re looking at a quarter mile of 13 flat. It’s big, brash, loud, and seats four (but only two comfortably), and worth about 30 times what the original owner paid back in the day. 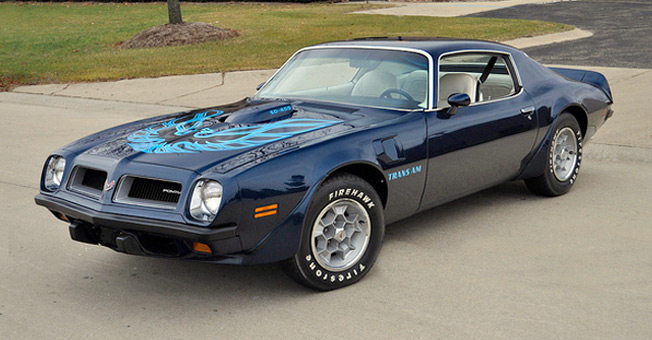 What had started in 1964 with the GTO, was largely over by 1974. The Goat was pathetic, the Chevelle was hideous, and the Mustang was an economy car without a V8. The ’74 Trans Am was the last muscle car for a long time. Seemingly out of nowhere, the TA received what was essentially a detuned race engine. The 455-SD had a stronger block, forged internals, higher flowing heads, and the capability for dry sump oiling. While it was dumbed down to 290 hp (and 390 lb/ft) for the street, the modding capability of the SD is extreme. Internal testing showed that with just a cam and better airflow, 530 horsepower was entirely possible. 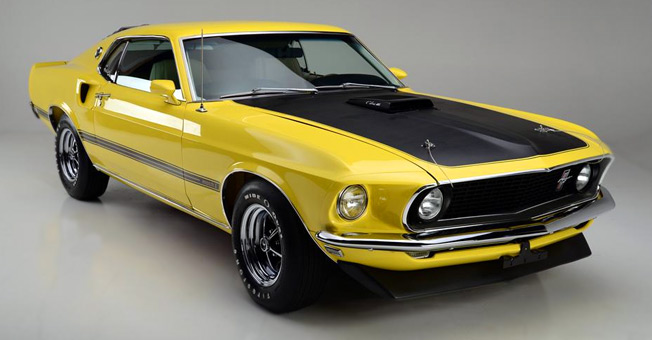 The Mustang kicked off the pony car class with its looks, not its horsepower. V8s and performance seemed to be an afterthought in 1964, but all of that had changed by ’69. The compact-ish Mustang could be ordered with a number of 400+ cubic inch V8s. The largest (and officially the post powerful) was the 429 smashed under the hood of the Boss. Making 375 hp, it seemed to be the way for speed freaks. However, a longer look at the Super Cobra Jet 428 revealed its race-ready parts, with extra strengthening throughout. Officially rated 335 hp, decades after the classic muscle car era, dynometers would show it was more like 410 hp. It’s the SD of Mustangs. 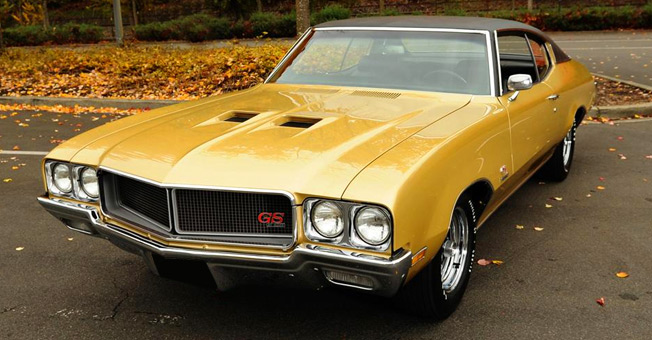 Flippin’ Buick. Every couple of decades they make something crazy and unexpected. The Gran Sport was basically a prettier Chevelle, but back when brand choice actually mattered. Known for their torquey engines, Buick stuffed plenty of 350s and 400s into their GS. In 1970, Buick dropped their own 455 into the GS. With 360 hp and a crushing 510 lb/ft, the GS455 held the record for most torque in a factory American engine, until the second gen Viper. Motor Trend tested the GS455 and ran a traction limited 13.4 at 106 mph. Remember, that’s on crap tires. 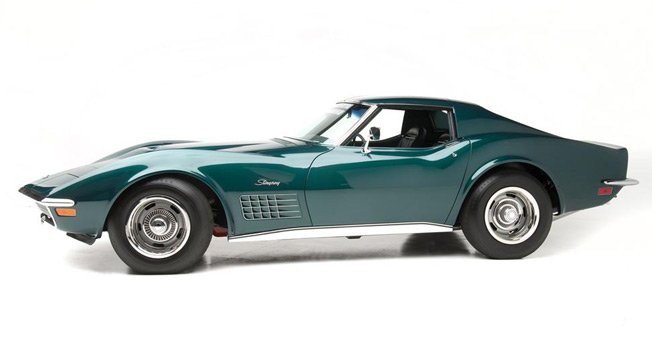 Corvette charged further into the smog era than most, receiving its largest engine in 1971. While previous versions of the big block had been stout, like the L88 427, by ’71 you were able to get a 454 in two flavors. First was the LS5, with “only” 365 hp and 550 lb/ft. That’s not a typo. If that wasn’t enough, step up to the LS6, borrowed from the Chevelle and turned way up. For one year only, the LS6 made 425 hp and a ridiculous 575 lb/ft. For some reason, it could be had with an auto or manual transmission. Anyway, if you were impressed by the LS6 Chevelle, imagine one that is more aerodynamic and 300 lbs lighter. 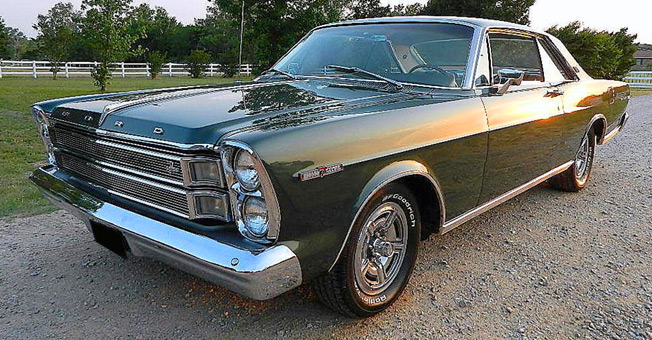 Yup, Euro spelling on a Ford. That’s because the Galaxie 500 was not a participant in the mucle car era, but was a technology showcase for the brand. Dropping the 428 FE from the same year Thunderbird added a touch of class to the big wedgey coupe. A four speed manual, heavy duty suspension, and power disc brakes, made this a NASCAR racer for the street. While it made 345 hp in stock trim, clever buyers could opt for muffler/resonator delete, leaving the exhaust with just factory installed high-flowing glasspacks. 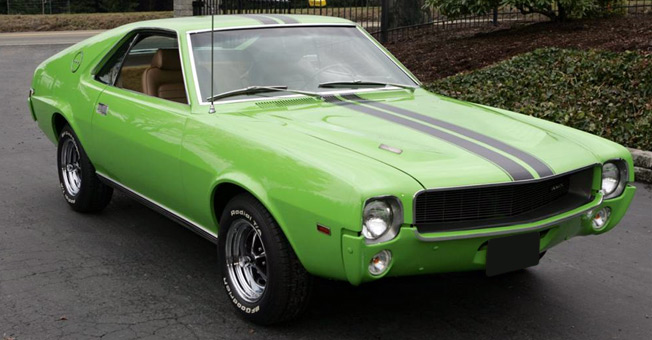 AMC was an odd little car company. Never as big as the major American auto makers, AMC had to be scrappy and innovative to survive. Their late entry to the muscle car wars was the compact hatchback AMX. Stuffing the big 390 V8 under the hood, this was a total burnout machine with 325 hp. In the optional – and loud – “The Machine” trim, the AMX made 340 hp, making it the most powerful AMC production engine. That may fall a bit short on this list, but remember that this was a 3,200 lb car with a manual trans, meaning this car is every bit the match of the thirty-years-newer LS1 Camaro.

Some other muscle cars are surely deserving of being on this list, but often due to sharing chassis or drivetrains, they make the same horsepower and were excluded. Also excluded are a couple ultra-low production USA muscle car models such as the fabled 1969 Chevrolet Corvette ZL-1, which in many ways is not as relevant here due to its extreme scarcity. If you know of a factory (not Yenko, Baldwin-Motion, etc) classic muscle car that can outgun the cars on this list, feel free to lay down the law and let us know in the comments.

Were the 2008-2010 government bailouts of some U.S. automakers needed to save the economy?