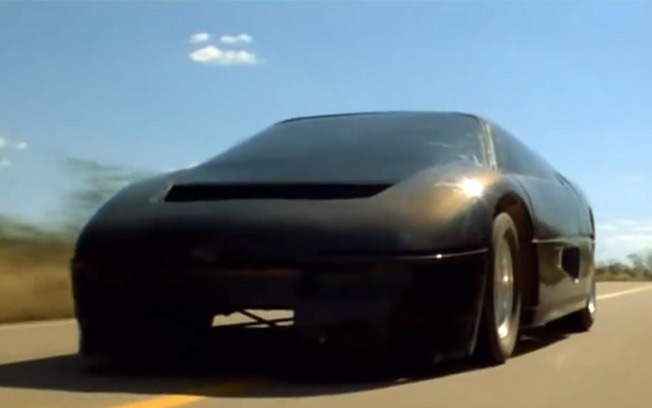 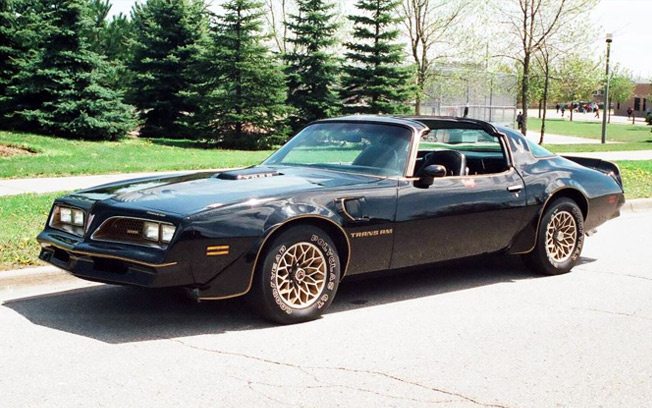 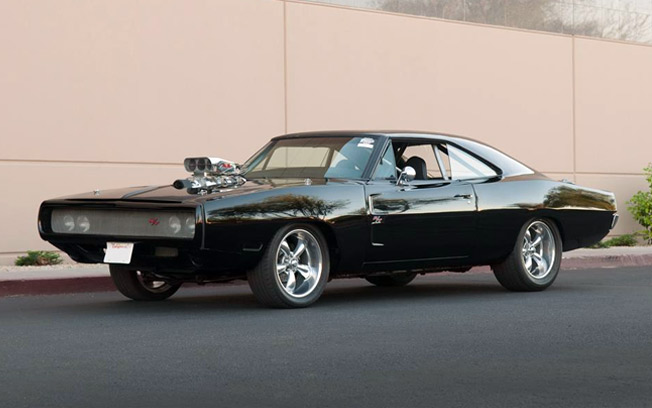 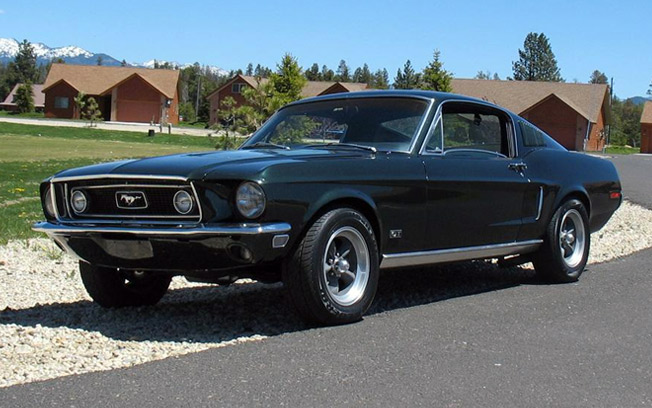 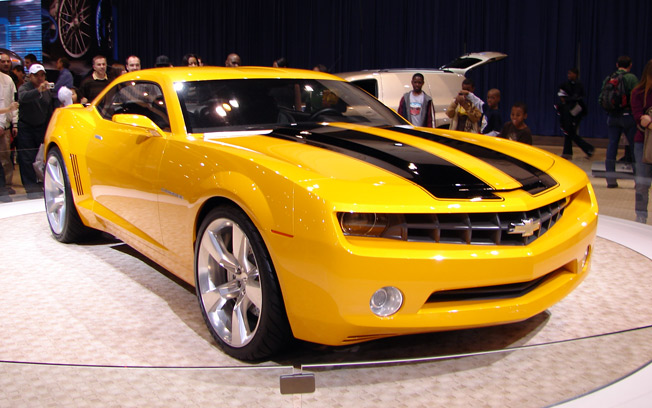 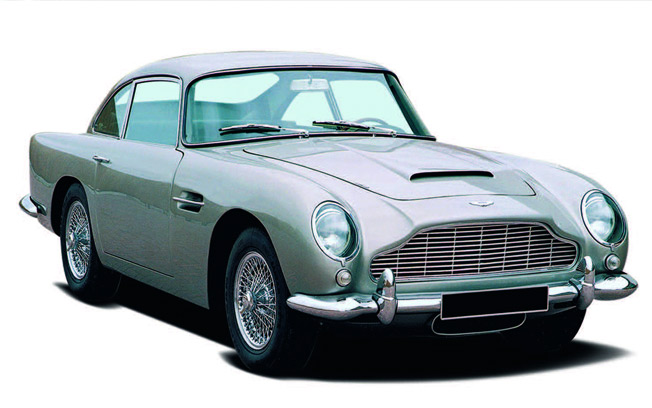 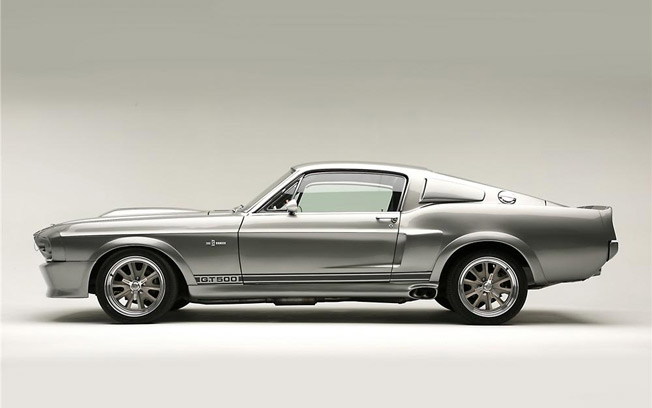 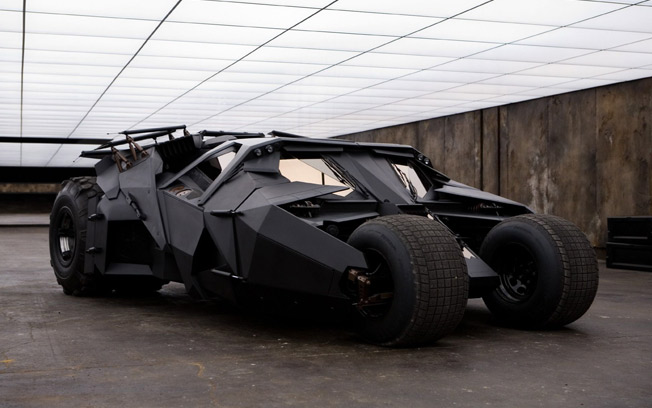 Some movies have badass cars throughout, while others are interesting only to gearheads. And sometimes the car becomes a star in its own right. Here are the 10 greatest automotive icons to hit the big screen. This is a bit of an obscure throwback, but those that have seen this cheese-tastic ‘80s-fest movie will certainly remember the car. Back when Chrysler was selling every minivan and POS K-car they could build, they also made the MS4 concept. Estimated at a cost of $1.5 million, this concept seems ripped from the future, and was a real driving car on set. The K-car sourced 2.2 liter four cylinder produced a still impressive 400 horsepower, and the sleek aerodynamic body was said to be capable of 200 mph.

The second generation Trans Am was old news by 1976, but ’77 saw an updated exterior and engine options. More importantly, the second highest grossing film of the year (after Star Wars) starred the redesigned TA in “Smokey and the Bandit.” Sure, the 403 V8 was smog choked to generate all of 180 horsepower, but all the stunt driving was real, including the bridge jump scene. The Bandit TA saw a massive jump in sales that year, and cemented its place in automotive history.

Unlike the rest of the world, Australia never forgot how to build muscle cars. In the ‘70s, the Ford Falcon was a Mustang-ish compact rear-wheel drive coupe with a 351 V8 under the hood. Mel Gibson’s ride of choice was the Pursuit Special, with fender flares and a supercharger that could be turned on or off independently of the engine. While the blower was fake, the effect on the audience was real, and the XB Falcon became one of Australia’s most famous muscle cars.

In 1973, George Lucas accidently stumbled into making hotrods hot again. While old Model Ts and coupes had initially been stripped down and raced, it seems like they lost favor compared to newer, faster Detroit iron, until “American Graffiti” almost singlehandedly created the retro hotrod culture we know today. The blazing yellow ’32 looks tame by today’s standards, but sports a 383 Chevy V8, Muncie 4-speed manual, and the only Ford part out back, a 9” rear. While it may not be authentic, the Coupe is significant for helping reignite American hotroding.

The first of the “Furious” franchise was a largely forgettable popcorn action film starring a wide assortment of Japanese tuners. There is one exception, a sinister 1970 Dodge Charger that “scares the hell out of” Vin Diesel’s character. After an hour and a half of buzzing four cylinders and inline sixes, the supercharged 440 roared to life and into the final scenes. Through CGI, the Dodge manages a wheelstand and burnout simultaneously, a feat that is laughable, yet awesome. While it was smashed at the end of the movie, it was rebuilt and can be found in many of the sequels.

“Bullitt” delivered the granddaddy of all car chases in an 11-minute high speed tour of San Francisco. Steve McQueen’s car is the legendary green ’68 Mustang GT with a 390 V8 delivering 325 horsepower. McQueen did most of his own driving, and the Mustang was largely factory stock. While the mob’s Charger R/T was sweet, the Mustang proved why it was the hero’s car. If you’d like to pretend to be McQueen, Ford made Bullitt Mustangs in 2001 and 2008

“Transformers” was a huge box office success, if not a critical success. Still, one of the key points audiences took home from the 2007 movie was the need for the Chevy Camaro to return. If you wanted a pony car in 2007, you bought a Ford Mustang or nothing at all. When Bumblebee morphed from a ratty second-gen Camaro into the Camaro Concept, teenagers and gearheads everywhere went nuts. The car in the film looks a bit different due to its GTO chassis, but the feel was all Camaro. Audience feedback was one of the leading reasons the Camaro came back, and the reason it’s on this list.

James bond has a certain look, from the tailored suits to the Walther PPk, everything he has or wears screams Bond, including the cars. One that screams secret agent louder than the rest is Bond’s DB5. This gorgeous grand tourer has seen service in the Bond movies of Connery and Brosnan, and most recently, driven Daniel Craig in “Skyfall.” While the guns and ejection seat are fake, the rare beauty is a real car, with a 4.0 liter inline-six generating an impressive 282 horsepower. James Bond may change actors yet again, but the DB5 will always be his ride.

Alright, so the 2000 remake of a relatively obscure ‘70s car chase classic isn’t all that great of a movie. The dialogue and pacing are contemptible, but the seriously sweet rides make this one worth watching. The highlight of the film is Nic Cage’s “unicorn,” a pepper gray metallic 1967 Mustang fastback, styled as a Shelby GT500. While the movie cars were not rare Shelbys, they still looked fantastic as Cage flogged them through industrial sections of Long Beach. Even Sway, played by a smokin’ blonde Angelina Jolie, can’t compare to the scenes of Eleanor roaring through downtown in a frantic getaway.

There are several vehicles listed as number one on this list, but they all go by the name Batmobile. With Tim Burton’s vision of the comic series in 1989, the Batmobile was a futuristic hotrod with serious speed and firepower. As the ‘90s movies became action cheese, the Batmobile became an art deco piece that was the only good thing about the Kilmer/Clooney films. When Bale donned the mask in “Batman Begins,” the Batmobile was a military prototype reflective of the film’s “realistic” take on the caped crusader. In every film, the Batmobile steals the show, and reflects the greatness (or not) of the film. Every incarnation becomes a kid’s favorite toy, and an adult’s dream ride, and that is why it’s at number one. Any other renowned movie cars missing from this list? Sure, the “Back to the Future” DeLorean should be considered, but it didn’t make the cut as its engine/boat anchor could barely get it to 88 mph even in Hollywood. Imagine how dreadful they were in real life. I have a feeling even Doc Brown would prefer the Batmobile or a Bullitt Mustang as time machine.

Some movies have badass cars throughout, while others are interesting only to gearheads. And sometimes the car becomes a star in its own right. Here are the 10 greatest automotive icons to hit the big screen.