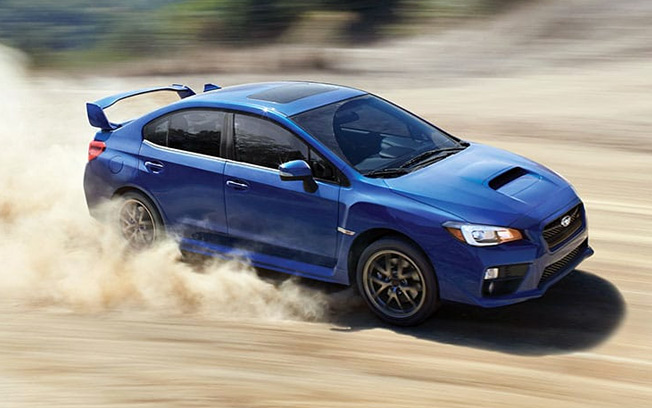 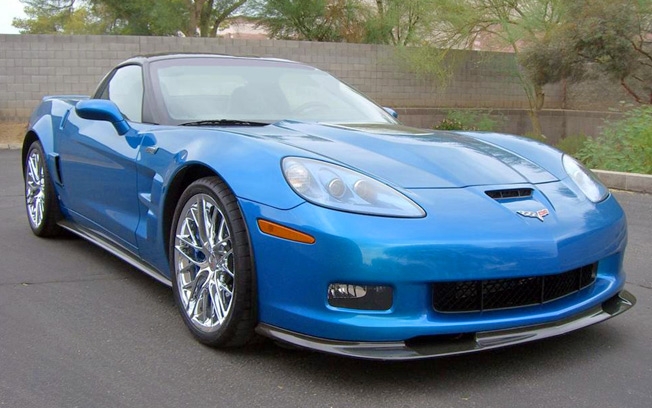 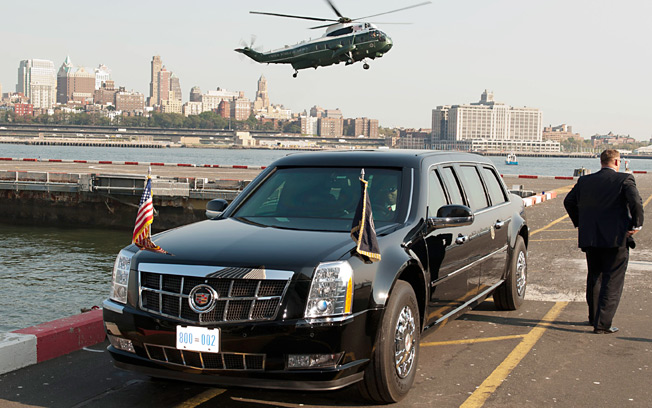 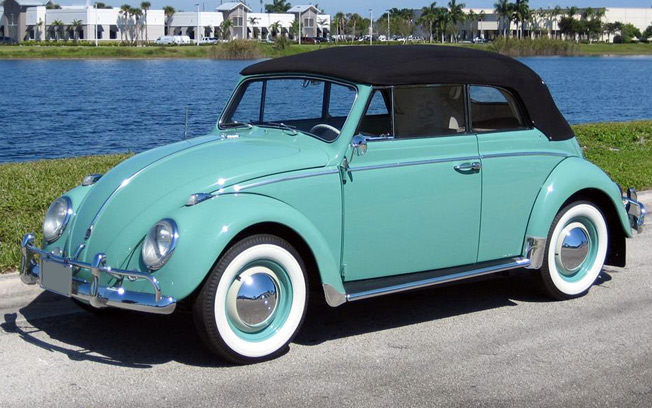 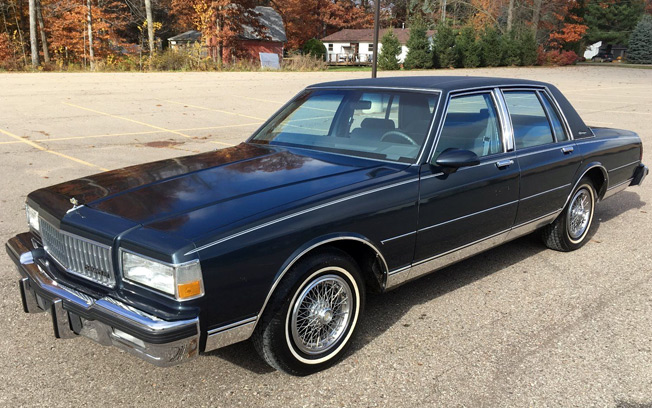 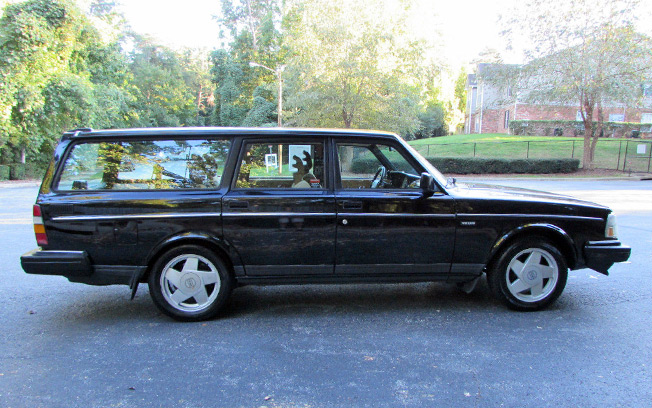 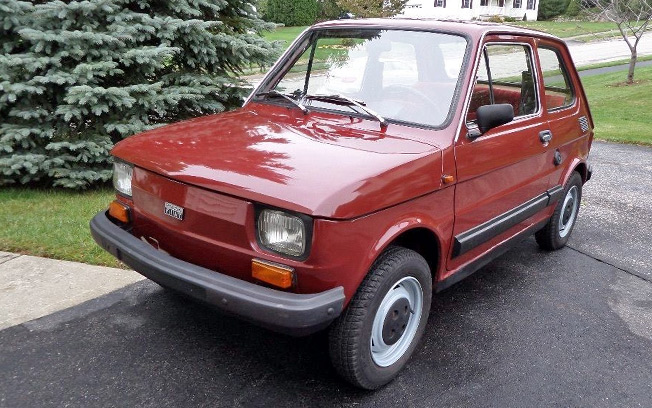 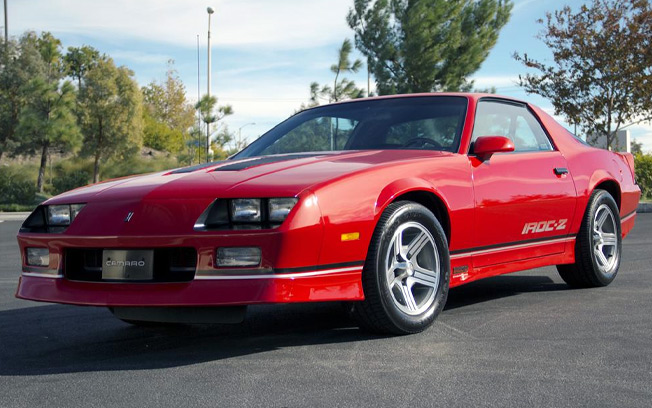 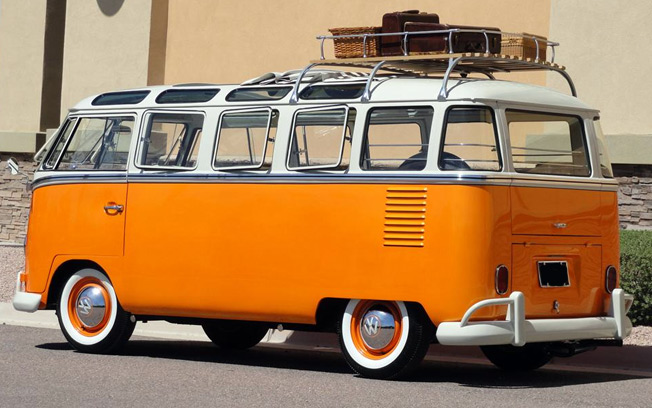 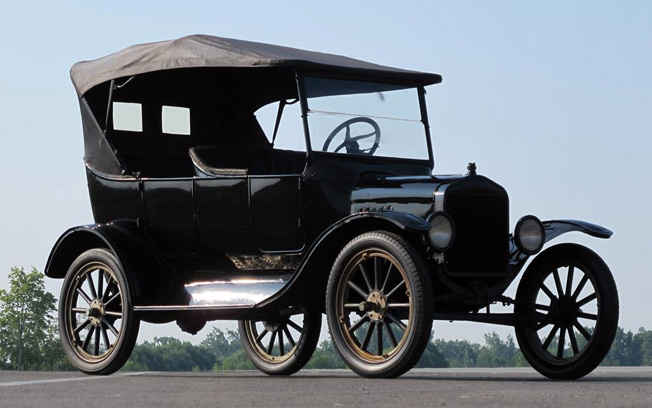 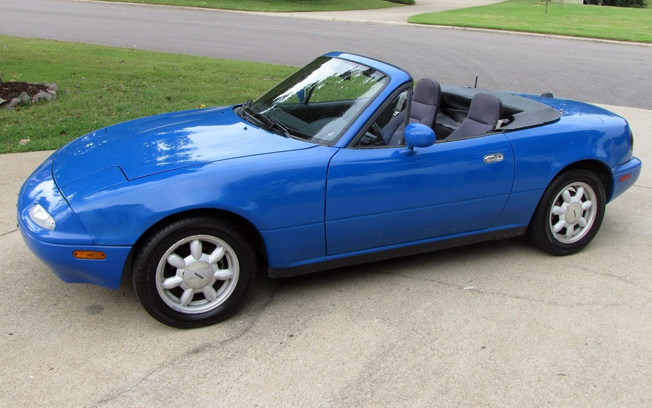 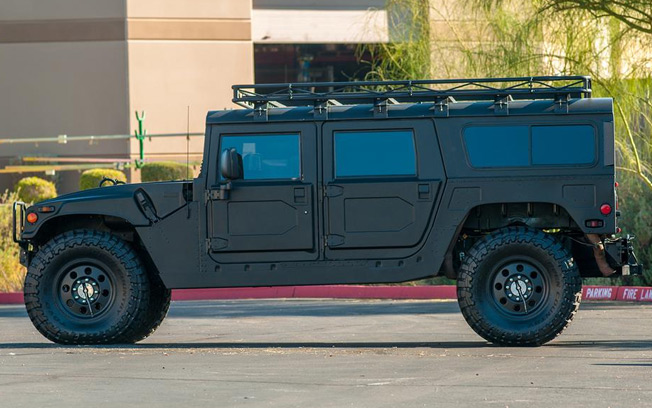 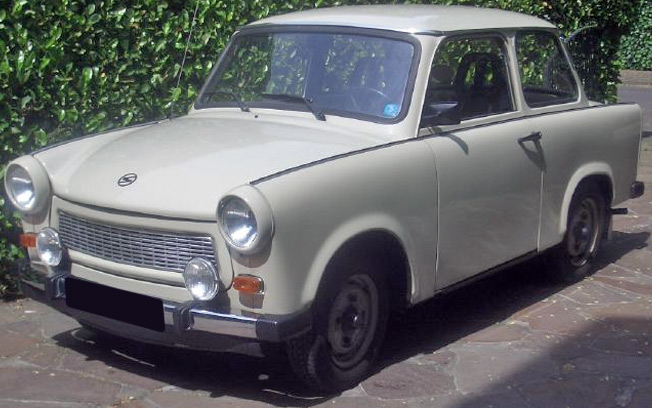 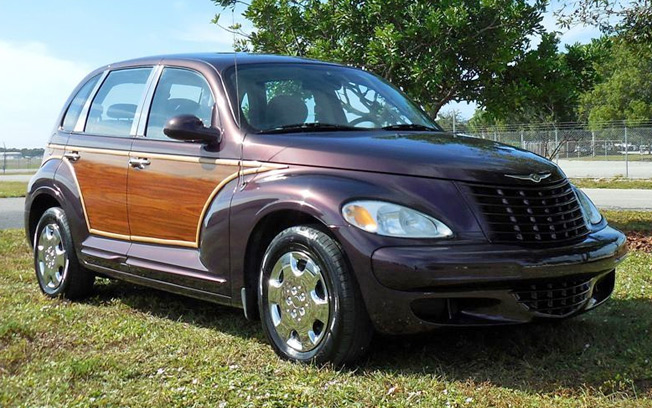 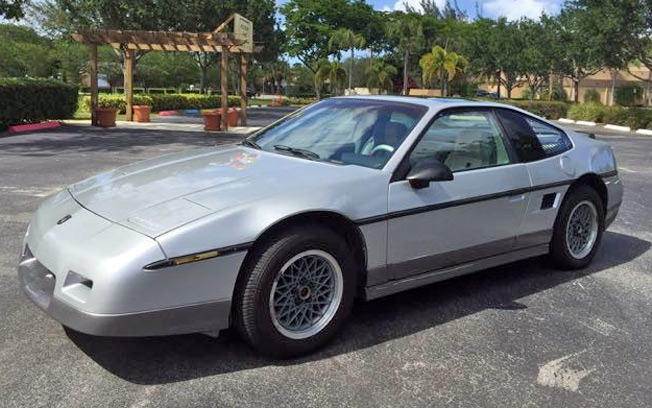 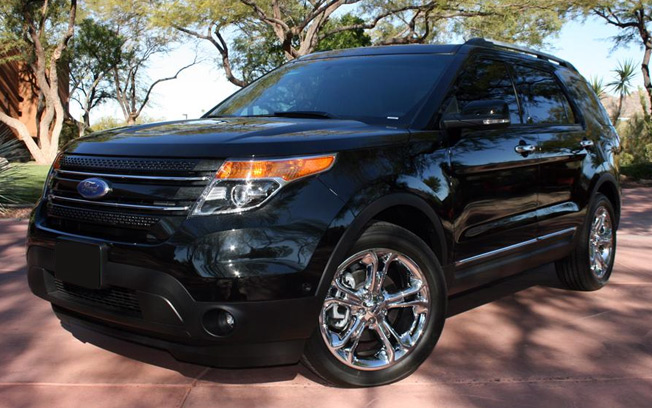 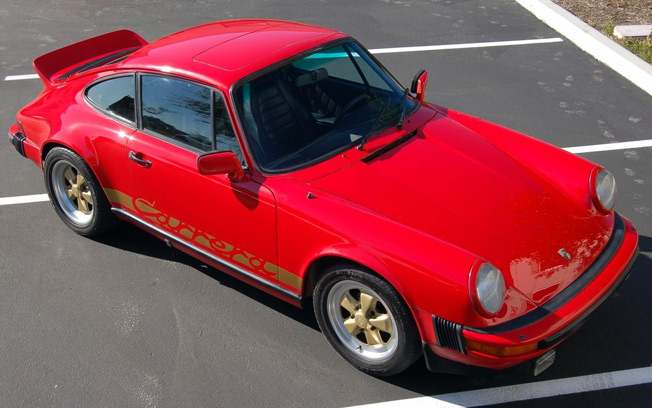 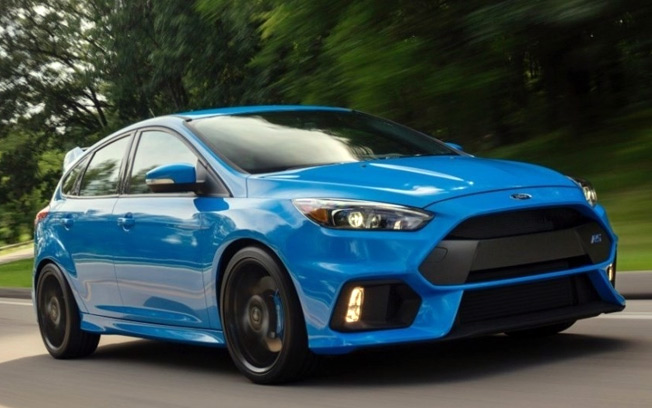 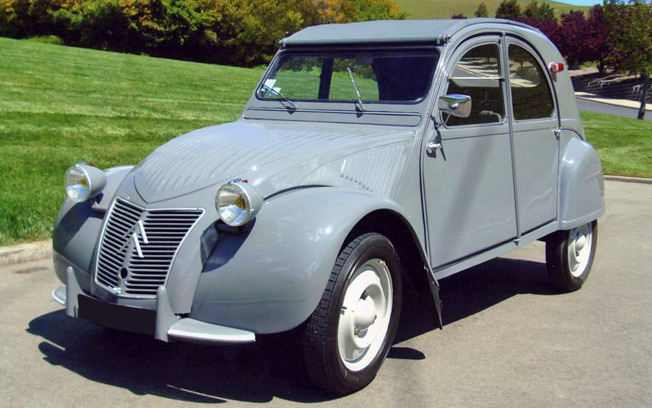 As car enthusiasts, you might sometimes get a little carried away with your opinion (us here too). During the exchange of knowledge, or just while internet trolling, we sometimes create nicknames for our cars. Some of these nicknames stick. Maybe the name rings true with many owners, or just touches humorously on some shared experience. Whatever the reason behind them, we went looking for the best car nicknames out there, and found quite a few. You guys are crazy. Subaru in general has a lot of nicknames, but the WRX takes the prize for the most alternative names. Scoobie or Subie is commonly used for any Subaru, but “Rex” (or “Wrecks”) is seen a lot when referring to the WRX. Also blob eye or round eye, depending on the year.

The 60+ year old gal looks pretty attractive for her age. Corvettes are lauded and insulted anywhere they are commonly sold, and their nicknames reflect that respect/hate. “Plastic Fantastic” is the most common dig, poking at the hard to repair fiberglass body, and the historically crappy interiors. The old ‘90s ZR-1 was called “King of the Hill.” The newer C6 ZR1 was unofficially “Blue Devil” after GM CEO Rick Wagoner’s alma mater. The Z06 gets called “Zed” by Jeremy Clarkson, but you should only do that if you’re Jeremy Clarkson. The convertible ‘vette is the official “mid-life crisis mobile.”

Although not a production model, the Presidential limousine is modeled to look like a stretch Cadillac sedan. Looks can be deceiving though. America’s iconic Presidential limousine is nothing short of a tank in disguise and perhaps features the coolest car nickname on this list, “The Beast”. Although also referred to as "Cadillac One", "The Beast" is much cooler and intimidating. Its features are mostly classified (for obvious reasons), but most experts assert that America’s top boss is protected from serious ballistic threats, gunfire and chemical weapons. It’s said to have a level of engineering that would even put James Bond’s “Q” in his place. Comsat system, bullet proof glass, run flat tires, rocket propelled grenades, night vision, tear gas cannons, oxygen tanks, armored fuel tanks, built in shotguns, infrared smoke grenades and other counter measures. Of course The Beast always travels with an identical twin as to play a shell game and keep would be assassins from knowing which one houses the President. Beyond this, The Beast travels in a motorcade suspected to have M134D Gatling Guns deployed up top of blacked out Suburbans.

The VW Beetle has so many nicknames, I could fill this list with just that car. “Bug,” “slug bug,” “hippie car,” “Herbie” of classic movie fame. There’s “The People’s Car,” as it offered nearly everyone affordable transportation, and the unfortunate “Hitler’s car.” Wikipedia shows that most countries deliver some version of “bug,” although Algeria is a little more interesting and went with “Ladybug.”

Ford’s premier pony car has been a massive sales and image success, and their fans created several nicknames. “Pony,” is of course what the class is called now, but was probably an insult back in the ‘60s. “‘Stang” is common for owners, the lazy version of the name. “Terminator” was the internal codename for the supercharged New Edge Cobras, and it was cool enough to stick. “Rustang” is the common insulting twist, since the first and second generation cars were prone to rust.

Oddly, the Caprice has a lot of nicknames, even though none of them rhyme with the name. “Box,” “donk,” and “bubble” all refer to different generations of Caprice. “Heavy Chevy,” can be any generation, and can also double as a slight insult. “Float Boat” describes the ride and handling, and can be positive or negative.

The Swede speed wagon was an icon of safety in the ‘80s, before a turbo made it’s way under hood and created a cult classic. Nicknames for the 240 series are usually favorable, and poke fun at its looks like a good buddy. “Brick,” “Block,” “Tank,” “Flying Brick,” “Turbo Tank,” “Turbo Brick,” “Swedish Brick,” are all found on forums, but I prefer “Ikea Wagon.”

Sold in many countries outside North America, the 126 earned nicknames in all of them. Jalopnik found 14 nicknames for the car, ranging from “cougher,” to “flea,” and “little Pole.”

Like the Ford Mustang, the Camaro has its fans and haters. The third generation wasn’t known for speed, and the V6 versions were all terrible until the fifth generation. Derisive nicknames include “Slowmaro,” “mullet machine,” and “trailer park Ferrari.” The ‘80s IROC gets an additional “Italian Retard Out Cruising.

Possibly the original nickname car, the Model T was a huge sales success and easily found its way into the hands of owners that were more than willing to offer nicknames. Period correct examples are “Tin Lizzie” or just “Lizzie,” “Jalopy,” and the amusingly old “Gas-Buggy.”

Man, the Miata takes a lot of crap. While it’s a competent little sports car, it’s somewhat friendly and soft looks lead viewers to suggest a lack of masculinity from the driver. “Girl’s Car,” “Hairdresser’s Car,” and “Gay’s Car” fill the internet whenever the Miata is mentioned. Unless it’s on an SCCA forum, in which case the nicknames are “Race Car” and “Winner.”

The massive civilian-spec Humvee is an unbeatable off-roader, but makes little sense as a commuter. Easy nicknames are “Dumber,” “Bummer,” and the obvious “Brick.”

The Trabant…. Well, let’s just be glad it wasn’t sold here. There’s the friendly shortening to “Trabi,” but also more insulting “Mercedes-Krenz,” and hysterical “Walker.” ‘Cause you’ll be walking home.

This Dodge Neon-based people mover was a huge hit at launch, but quickly faded into mediocrity. The overall crappiness of the vehicle in an easily recognizable design, led to the rhyming nickname of “PT Loser.”

It’s about 50/50 whether someone calls this little sports car a Pontiac Fiero or “Fire-O.” For a good reason. Ship it a quart low on oil, and use crappy gaskets above the exhaust manifold, and you’ve got a recipe for twice baked Pontiac.

The Explorer SUV earned an easy nickname during the Firestone tire debacle that caused rollovers and sensational media coverage. Change one letter and you have the amusingly accurate “Exploder.” Its badge-engineered sibling, the Mercury Mountaineer also earned the nickname “Mercury Mountingfear.”

The legendary German sports car has a fearsome reputation for unpredictable handling in the older air-cooled models, leading to its nickname of “widow maker.” Haters also have their say here, and question the 911’s VW roots with derisive names like “expensive Beetle.” Also unfortunate is the American English rule of silencing the final “e” in a word, making us incorrectly call the brand “Porsh.”

Fans of Ford’s fun-driving compact have created a quirky nickname. Take Ford Focus and massively abbreviate it, and you have “FoFo,” the common forum nickname. Of course, there’s the nickname from the haters too. “F**k Us” isn’t very family friendly, but some mechanics have said it’s accurate.

Kind of considered the French Beetle, the 2CV was never officially sold in North America, but a few of them did make it here. Wikipedia is a goldmine here, listing a giant paragraph of nicknames from every market it sold in. Popular French nicknames were "Deuche" and "Dedeuche". The Dutch were the first to call it "het lelijke eendje" ("the ugly duckling"). In German-speaking countries, it is called "Ente" ("duck"). The Brits call it "Flying Dustbin," "Tin Snail," "Dolly," "Tortoise," and "Upside-down pram". Denmark came up with arguably the best though; as "Studenter-Jaguar" is literally “student's Jaguar.” We did find several nicknames and acronyms for vehicle makes (we’re looking at you, Ford and BMW), but for the most part they were all about shortening the auto makers brand name, like Lamborghini to “Lambo” and such. Remember kids; nicknames are all in good fun. We found a lot of nicknames for various cars, but I bet our readers know of a few more. Hit us up in the comments below, and add to the list. By: Andy Jensen

Do you consider the Nissan GT-R a supercar?