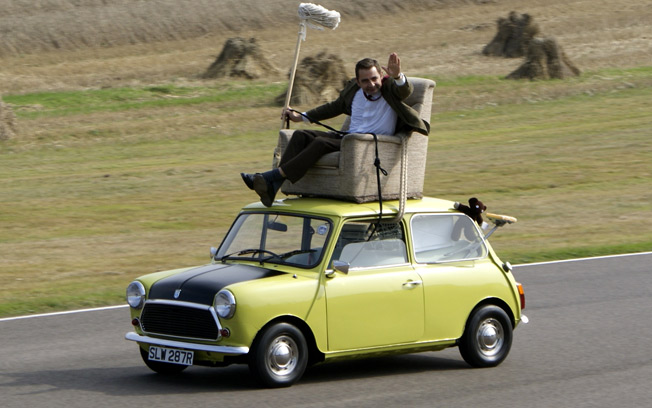 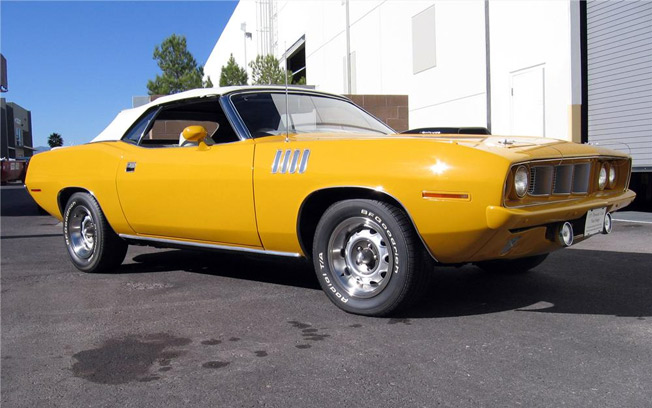 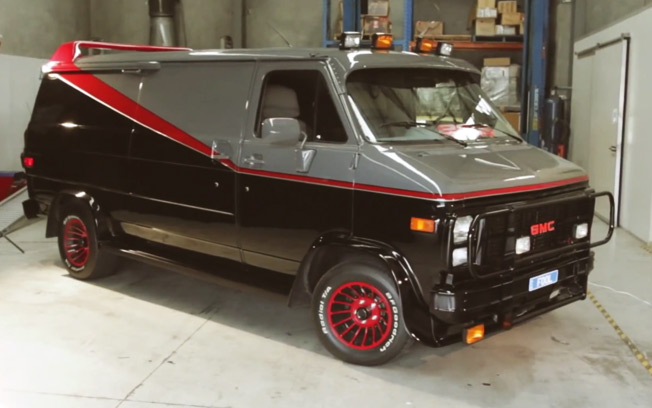 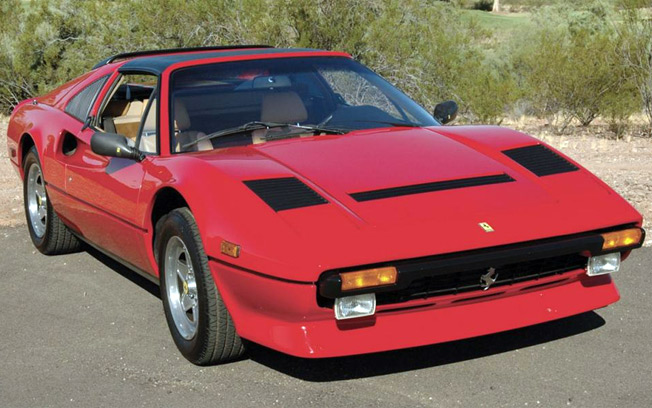 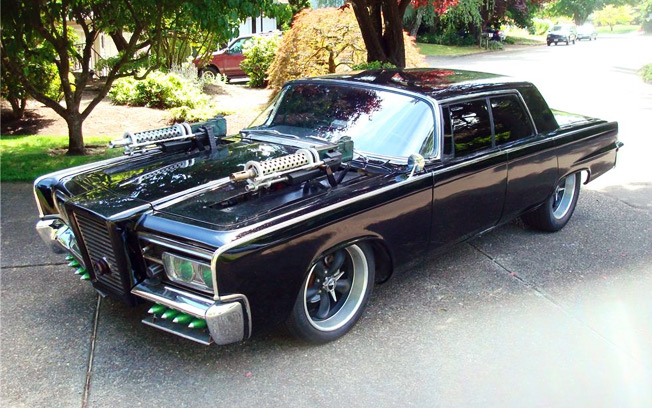 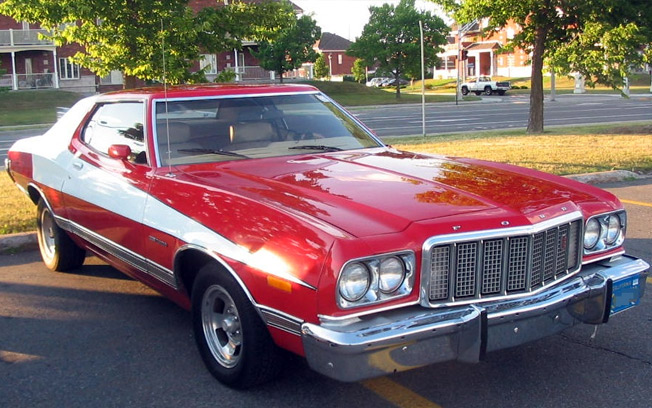 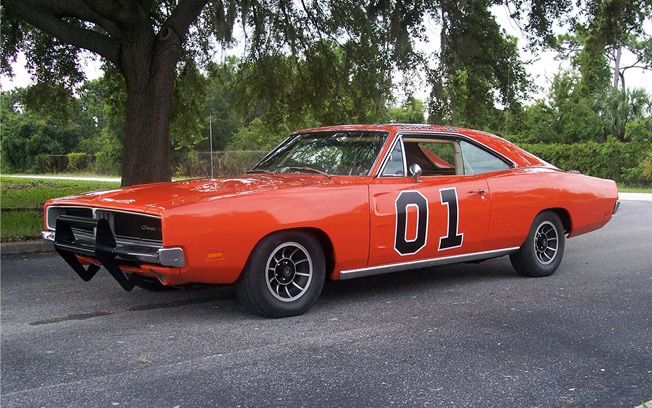 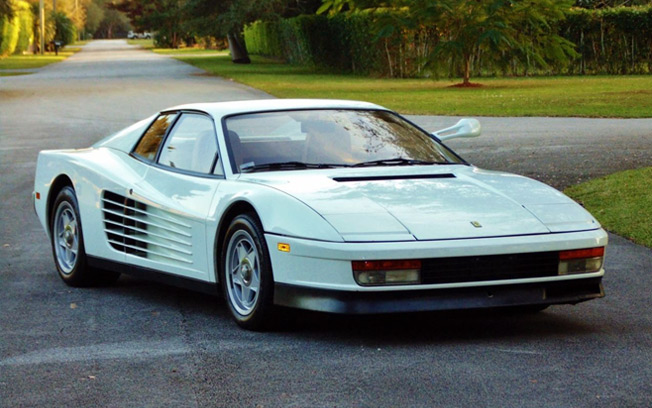 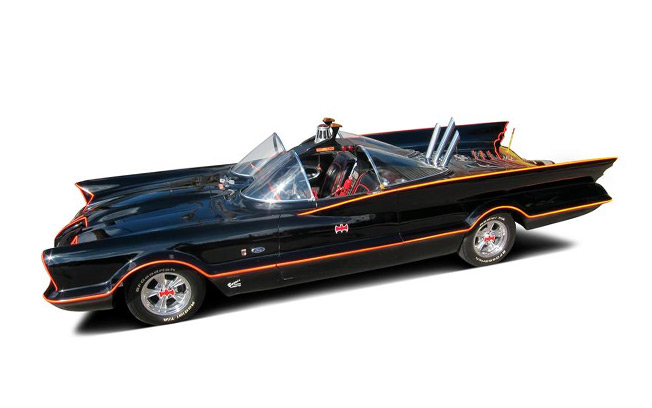 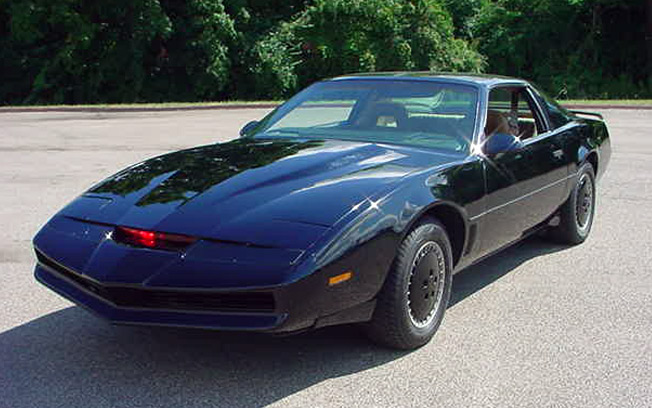 There are a lot of TV shows out there, and some of them feature pretty sweet rides. Several “best TV cars” lists select cartoons, like the Flintstones’ family car, Speed Racer’s Mach 5, or obscure choices like the Volkswagen van from “Lost.” Putting aside the cartoons and barely remembered cars, here is the definite list of the best cars on TV. Well known to viewers of the ‘80s British TV sitcom “Mr Bean,” this classic Mini featured perfectly in the physical comedy series. Despite America’s current interest in Minis as cheap, well handling BMWs, the British Leyland Mini was looked at as a cheap, crappy car, perfectly suited for laughs. Mr Bean pulls several stunts and gags in the Mini throughout the series, including removing the steering wheel to foil car thieves – a trick that works in reality.

An aging Don Johnson and Cheech Marin rode around for six seasons in the real star of “Nash Bridges,” their 1970 Hemi ‘Cuda convertible. While the TV show didn’t have even one Hemi ‘Cuda ‘vert on hand – they go for over a million in nice condition – they did have six ‘Cudas, with modified engines ranging from the 318 to the 440 V8s. At least one car was converted to a 426 Hemi clone after shooting wrapped. Sadly, that probably lowered the value.

A full size van seems like an odd choice for a badass team of Special Forces troops, but oddly, it worked. The original van had a 305 cid V8 wheezing out 170 horsepower. For the show, the engines and rear ends were upgraded for impressive burnouts. While it was no corner carver, the A-Team van is an automotive icon and almost as great as Mr T’s one-liners.

Even more famous than Tom Selleck’s ‘80s mustache, the real star of “Magnum PI” was his awesome 308 GTS. The car changed slightly through the several years this cop show aired, but were relatively minor, and limited to improvements Ferrari made to the 308. By the end of the series, Magnum was driving the Quattrovalvole, which delivered only 230 horsepower, but in a tuned chassis well under 3,000 pounds, it looked to be a fun ride while blasting around Hawaii. Interestingly, one of the first Fiero kit cars makes an appearance on “Magnum PI,” modeled after the 308, so Magnum wouldn’t be beating up the expensive Ferrari in chase scenes.

Chrysler makes some huge gangster looking cars, none of them more impressive than the old Imperial. “The Green Hornet” may have failed as a TV show, lasting only one season, but it cemented the Imperial’s legacy as a stylish cruiser. More realistic than the Batmobile, the Black Beauty was the American’s practical alternative to James Bond’s DB5. When the 2011 film “The Green Hornet” hit theaters, the Imperial was the only good thing about it.

“Starsky & Hutch” actually featured several ’74 – ’76 Torinos, and sharp-eyed fans of the series can see when the changes happen on screen. Most of the TV cars had the 351 Windsor V8, but at least one car was equipped with the monstrous 460 V8 for burnouts and quick acceleration scenes. The real TV cars are in museums around the world, but you can make a tribute car for fairly cheap, as most enthusiasts and collectors overlook this classic.

Take “Starsky & Hutch,” change the Torino to a ’69 Charger, and make the city cops into redneck moonshiners, and you have the “Dukes of Hazzard.” The General had various engines, from the 318 up to a 511 Hemi, although most cars were equipped with a 440 V8 and 3-speed auto. If you want to build one yourself, better get crackin’. Over just a few seasons, “Dukes” managed to demolish over 300 ’68 to ’70 Chargers. If you can stomach all the destruction, watch the first episode, there was a bit of a crossover here, with a cameo appearance by Starsky’s Gran Torino.

Nothing screams 1980s like a Ferrari Testarossa. After running afoul of MR Enzo Ferrari himself – for using modified Corvettes wearing Ferrari bodies and badging – a white Testarossa showed up for season three of “Miami Vice.” Don Johnson’s undercover vice cop character had the hard job of driving this beauty around Miami all day and night. The 4.9 liter V12 may not have been the most powerful car in the world, generating 390 hp, but it certainly sounded amazing. This car adorned the bedroom walls of thousands of kids, and to this day, some see it as the epitome of Ferrari.

The ’55 Lincoln Futura was pretty sweet, with its bubble canopy, outrageous fins, and 368 cid V8 making 300 horsepower. In the hands of customizer George Barris, it became a legend. The show car turned action star suffered under extreme use, and a Ford Galaxie drivetrain found its home under the hood. Despite this, the Futura became THE Batmobile, and every kid’s favorite car in the ‘60s. Barris sold the car at Barrett-Jackson recently (they sell everything), and it went for $4.6 million. “Ka-Pow!”

In the early ‘80s, there was a cheesy drama starring a pre-alcoholic David Hasselhoff and his sentient Trans Am. KITT, a wedgy black third generation TA voiced by “Boy Meets World’s Mr Feeny, had far more fictional capabilities than the Batmobile. While “Knight Rider” never won a single Golden Globe, the show was a success. Men wanted to be like shadowy badass Michael Knight, women wanted to be with him, and kids watched just to see that black car driving itself or making insane jumps without a ramp. Sure, the show sucked, but when a black third generation Trans Am drove by, kids would lose their minds. Children that previously had no interest in cars, suddenly realized they could buy their own KITT someday, thus starting them down the path to being a gearhead. That is why the Hoff’s TA is number one on this list. A combination of imaginative TV fiction, and real world availability, made a lot of unsuspecting kids into adult car enthusiasts. Oh, and we can go ahead and not talk about that Mustang in the Knight Rider reboot. This is the 10 BEST cars on TV, not the 10 worst TV shows featuring cars. However, if there’s any others you feel should be on this list, post ‘em. By Andy Jensen – Contributor

There are a lot of TV shows out there, and some of them feature pretty sweet rides. Several “best TV cars” lists select cartoons, like the Flintstones’ family car, Speed Racer’s Mach 5, or obscure choices like the Volkswagen van from “Lost.” Putting aside the cartoons and barely remembered cars, here is the definite list of the best cars on TV.

What is your favorite tire brand?