Every time the gas prices increase, you see an ad or commercial for some new device claiming it will save you hundreds of dollars in gas every year, usually for just six easy payments of $29.95. Before you get your hopes up, let’s debunk the most common types.

Fuel savers tend to be divided into a few groups, separated by their own approaches to pseudo-science. First up are the magnets. These simple devices are cheap and easy to install, so many consumers give them a try each year. The basic “explanation” of how they work is that magnets align the gasoline molecules for smoother/better/efficient flow. That’s nice, but last time I checked, gas isn’t magnetic. Even if it was, modern direct fuel injection runs such high pressure, most lines are steel. This magnet (if it worked as claimed) would magnetize the fuel line, causing the gas to get stuck in the line.

Next up are bottles and pills. These are various substances that claim to reduce surface tension of the gas, or increase oxygen levels, or somehow deliver a more thorough combustion process. The problem here is that 99% of gas is burned in the combustion process, with very little unburned. Even if the process were 100% efficient, that would mean an unnoticeable 1% increase in mileage. A more realistic move would be to harness wasted heat, but I have not seen a fuel saver take that approach. Yet.

The last of the most common scammy fuel savers are the expensive hydrogen generators and water sprayers. The pseudo-science here sounds believable if you haven’t set foot in a science classroom since 8th grade. Yes, the military did successfully use water injection decades ago. Yes, hydrogen (and oxygen) can be made by splitting water molecules. The problem with these devices is that water injection is a performance booster, not a gas saver, and there is no such thing as free energy. Even if your plastic device did make hydrogen, it would draw more power from the vehicle creating that hydrogen, than you would get back from burning it. Second law of thermodynamics: there is no free lunch. Or free gas. 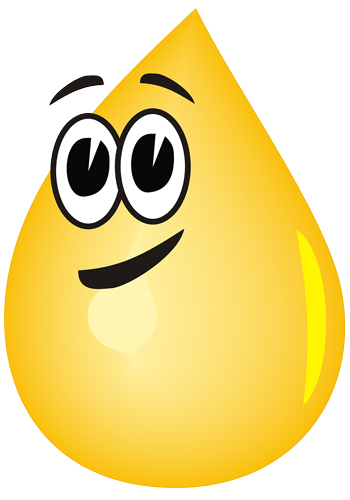 For further proof, the EPA tested hundreds of various devices in the above categories, and found zero that increased gas mileage. In fact, some decreased power and mileage by up to 20 percent. If in doubt about a particular product, check the EPA website: https://www.epa.gov/otaq/consumer/420f11036.pdf

Next time you see an ad for an amazing new invention, brush aside your emotional desire for incredible savings and use common sense. If magnets or another easy to install device could offer massive fuel savings, they would be installed by the manufactures. There is no big oil conspiracy here, as manufacturers are fighting to lay claim to bragging rights over ever increasing gas mileage. Let’s say Dodge had the insight to put fuel line magnets on the Ram, making it get 40 mpg. If that worked, you could make a pretty safe bet that Dodge would do it, and run so many commercials about how great their truck is versus the competition. Vehicle manufacturers are in it for the money, and any edge over the competition gets them that money, not by “keeping the man down.”

Once you remove the emotions and pseudo-science, you can see there are a few ways to increase your gas mileage. Have you seen the new F-150? It uses extensive amounts of aluminum, and as a result, is 700 lbs lighter than the previous model. It also gets better gas mileage. Making a vehicle lighter reduces the engine load, and thus burns less fuel. No it’s not easy to make a street car lighter, but if you are upgrading your wheels and tires, go for ones that are lighter than factory, rather than heavier.

Another way to increase mileage is through efficiency. An easy way to see that is to look at a 1975 Corvette with a 5.7 liter V8, and a 2004 Corvette with a 5.7 liter V8. The older ‘Vette has a carburetor, terrible heads, worthless exhaust manifolds, a catalytic converter that didn’t work, and needlessly heavy engine accessories. The result is a best of about 15 mpg. The ’04, on the other hand, has excellent flow throughout the LS1 engine, and a much lighter load of accessories. LS1 ‘Vettes routinely pull down 30 mpg or greater. Want to increase your mileage on that ’75 Corvette? Then install the entire drivetrain from the ’04, and watch you mpg more than double. Hey, no one – besides the scammers – said saving gas would be easy.

Would you rather have an original Mini Cooper or a brand new one?