Despite Disney’s Cars, headlights are the eyes of the vehicle. If eyes are the windows to the soul, then it stands to reason that a car’s headlights should tell us everything we need to know about it. There’s been quite a few changes to headlight design over the years, and we’re going to try and cover all the coolest headlight designs. 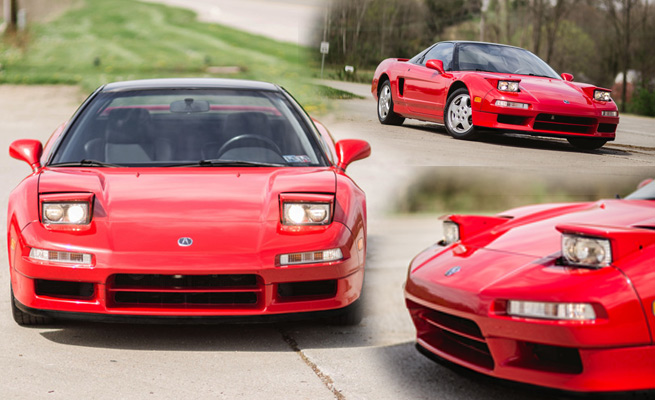 BMW 8 series – The ‘80s were the pinnacle of flip-up headlight design, with them on everything from Firebirds to Corollas. In ’89, BMW showed everyone how it’s done. With three bulbs in each housing, and an ominous glare when up, the Bavarian super coupe delivers style in every component.

1st gen Acura NSX – The first generation NSX was a breath of fresh air in the entry supercar market. Production began in 1990, and while it was a new decade, flip-ups were still popular. Honda had the NSX’s lights flip up, but not all the way. The look is menacing and focused, but also more aero friendly, showing Honda’s attention to detail. 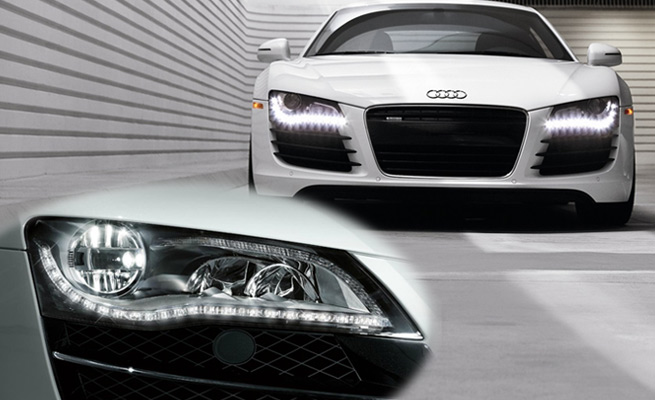 Audi LEDs – LEDs are currently all the rage with every major and minor manufacturer. They’re here to stay. Arguably starting the whole LED trend, Audi debuted LED headlight accents on their 2006 S6. The R8 popularized the curved LED strip in the headlight look, which made them instantly stand out from every other car on the road.

BMW angel eyes – If Audi wrote the book on LEDs, BMW started the trend with their “Corona Ring.” BMW already had a refined headlight look by 2001, but adding an incandescent ring to each headlight added a distinctive and modern look with classic style. The best example is probably the E39 M5. 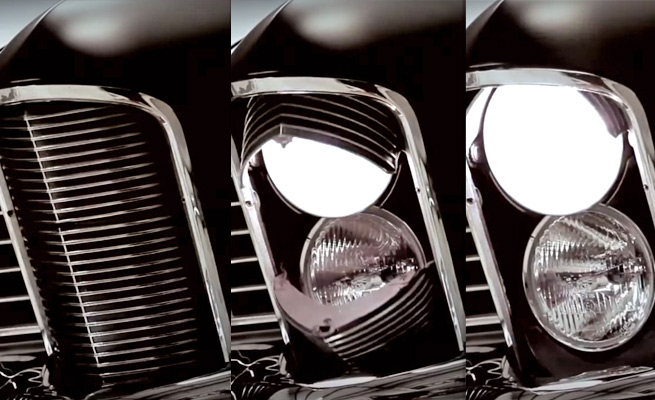 1965 Buick Riviera – Buick killed it on the Riviera’s design, making it one of the best looking muscle-era rides. The headlights were distinctive, hidden in an over styled column until you need them. Then, the horizontal split lets each segment hide away, above and below the stacked headlights. Brilliant.

1969 Camaro SS – Splitting the difference between hidden and not, the 1969 Camaro had sliding doors that could swing over the headlights when not in use. The covers were well styled with three rectangle slots letting the headlight peek out, matching the overall look of the car. It’s why the ’69 Camaro is the best Camaro. 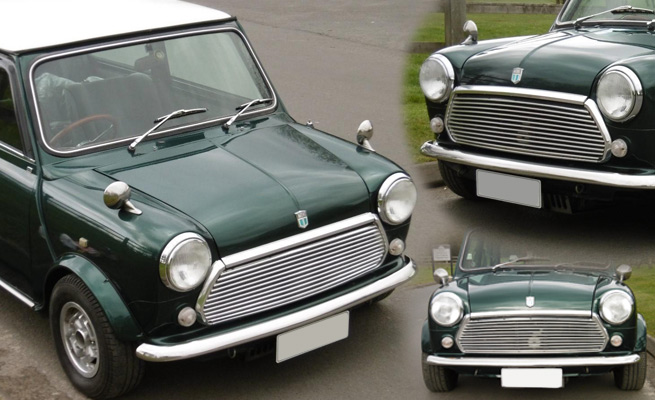 1969 Ford Mustang – The classic Mustang was slightly restyled for 1969, most noticeably with a front-end upgrade. The dual headlights were a nice touch; aggressive, modern, and keeping with previous Mustang design heritage, but also perfect for clarity. Form and function in one design.

Classic Mini – The classic people’s car of the UK, the original Mini sold well, but was later derided as a crappy used car. Still, from a styling perspective, they look great. A simple, cheap, and efficient design, the headlights echo the overall styling of the car. 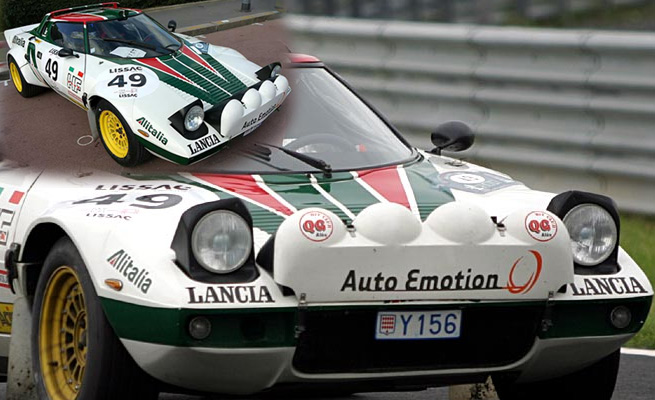 Lancia Stratos HF – Rally cars are typically all function in design, including the headlights. The snazzy ‘70s styling of the Stratos included flip up headlights that stood tall and proud when on. The four additional rally lights mimicked the factory housing, providing a six-eyed look at the front of the wedgey racer.

Subaru WRX STi – Bugeye. There is no other distinctive name for a Scoobie (well, other than that). The bugeye bridged the gap between classic and modern eras. The main headlight cluster was polarizing back then, but it has aged well. The huge cluster of rally lighting looks great evenly spaced between the massive round headlights, almost like it was designed for rally. That was kinda the point. 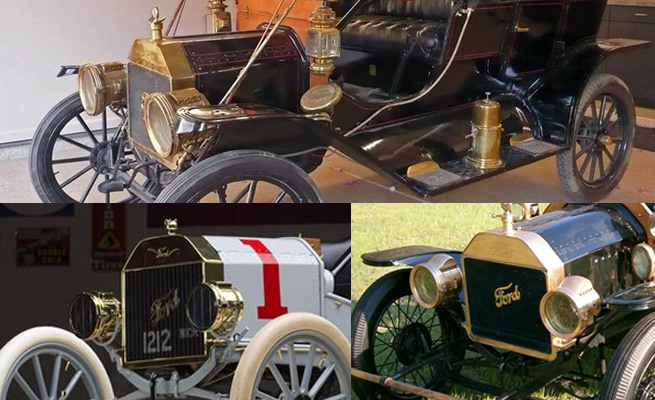 Ford Model T – Familiar to anyone alive 100 years ago, the simple style of brass surrounding glass stll looks good today. When combined with the actual lantern style lighting on the Model T, the look says classy, but still affordable thanks to the miracle of mass production.

Chitty Chitty Bang Bang – Okay, so this one is just a movie prop, but the car does drive and is worth quite a chunk of change. Chitty is based on a real car, a 1921 Mercedes chassis with Maybach power that raced at Brooklands. The movie car sports Edwardian-era headlamps as headlights, adding a fascinating, but authentic, touch to the movie star car. 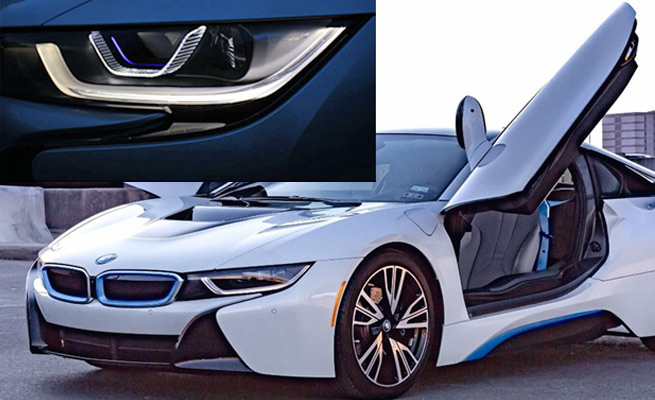 Lamborghini Miura – The classic Lambo is a gorgeous car, and the headlights look deceptively simple. At an initial glance, the Miura’s headlights seem too flat to work properly, but that happens in the name of aesthetics sometimes. Instead of stationary lights, the Miura’s round headlights can tilt out of the flat housing several degrees, providing adequate lighting for night driving. It’s not as pretty at night, but no one can see it anyway.

Ford GT – In celebration of 100 years of the Ford Motor Company, Ford did something really cool: the Ford GT. The mid-engine, supercharged V8 supercar is the rare American example of a vehicle that immediately started to appreciate. One of Ford’s subtle touches was in the headlights. Look closely and you will see the headlight and turn signal design in the housing looks like “100.” Very clever, Ford.

BMW i8 – Your headlights will never be as cool as laser headlights. Seriously. The stunning BMW i8 is the first production car with laser headlights, rather than a traditional light source. Why? Well, mostly for the space, as laser diodes are 1/10th the size of LEDs, and for the energy efficiency. There’s also a nice performance kick too, as the i8’s high beams are good for an incredible 600 meters.

These are some of our favorites of the many cool headlight designs out there, but let us know if we missed yours. And while you’re at it, take a look at your own, and fix them if they’re foggy.

Which would you rather have?