Hardest Vehicles to Get In and Out Of

Some of the most beautiful and badass vehicles on the road are the most difficult to get in and out of without looking like an idiot. The vehicle looks awesome, but you look like a moron. This happens due to a super tall ride height, or very low ceiling height. Sometimes the compact cars are too small for full-sized people, or require contortions that are hard for the arthritic. Here are our picks for the worst vehicles that make getting in and out a pain. 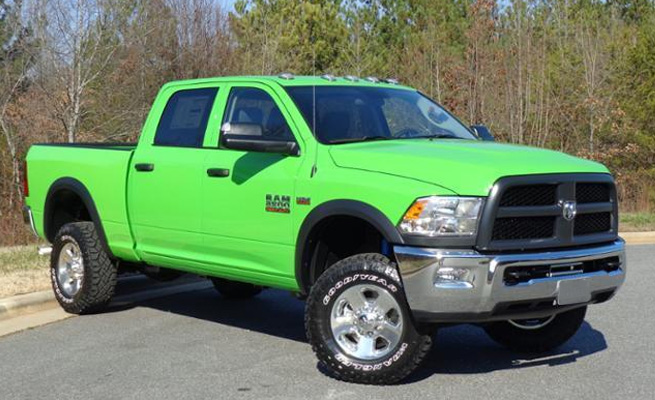 Sure, all the full-size trucks are pretty much the same size: huge. As an example of model bloat, the mid-size Chevy Colorado is the same exterior dimensions as a Silverado from 15 years ago. The Dodge Ram takes the crown though, as it is tallest at 77.5 inches tall, a full 3.5” taller than its Chevy competitor, meaning extra work to step up into the cab. If you’re short, you’re going to have a bad time.

Think the Ram is hard to get into? The Ram 1500 is a class 1 truck, meaning light duty. For the truck newbs, a massive Ram 3500 dually is also shockingly classified as light duty. Based on weight and capability, truck classes increase dramatically in the medium duty class, with heavy duty class 7 and 8 being 18-wheel semi-trucks. The Ford F650 is about as big as you can buy without a Class B commercial driver’s license. This work truck nearly needs a ladder for entry, and even an NBA pro will have to clamber into the driver’s seat. 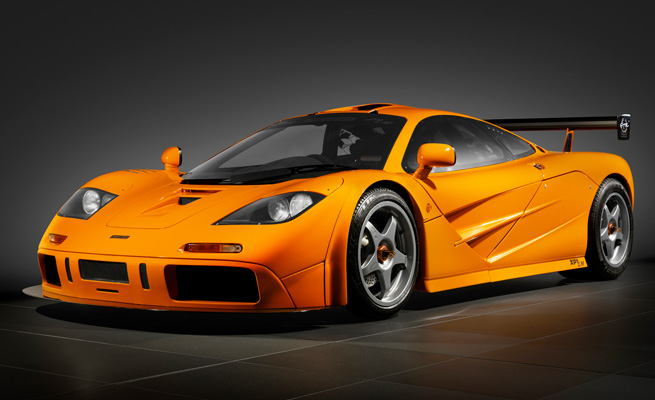 The McLaren F1 is known worldwide as a technological and artistic masterpiece. That doesn’t mean it’s perfect. Yes, the car is gorgeous, the V12 is amazing, and it has stunning capability on track, but is perfectly competent and reliable as a road car. The three passenger seating arraignment makes sense for weight balance, but less sense for ingress and egress. No one looks cool getting into an F1 and doing a crab walk over the passenger seats. 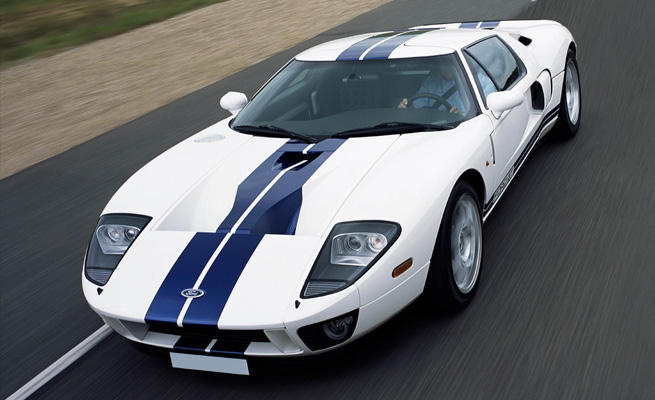 Ford’s 100th anniversary gift to themselves was this gorgeous example of what American manufacturers can do when they try. The mid-engine beauty was based on an evolved design of the classic ‘60s GT40 racecar, which had an extraordinarily low roof height of just 40 inches. The GT is taller, at 44.3” high, but that’s not much help at all. Ford cut the window frame deep into the roof in an effort to help ingress, but you’re still going to hit your head. 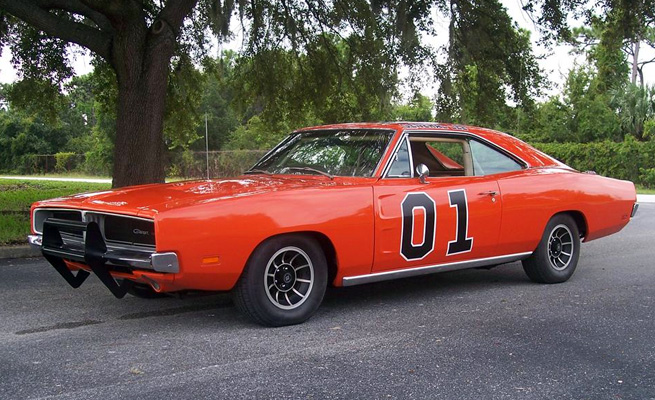 When Bo and Luke aren’t trying to outrun the local constabulary, the General Lee is trying to outrun the Confederate battle flag controversy. Time hasn’t been kind to the redneck action/comedy The Dukes of Hazzard, but the classic Charger is still an awesome car, especially when rallying around muddy backwoods Georgia. Like the old moonshine haulers and NASCAR racers of the era, the doors are welded shut for safety, making entry an interesting combination of jungle gym and Spider Man moves. Several bloopers of the tv series show the Dukes brothers hurting themselves trying to get into the General. 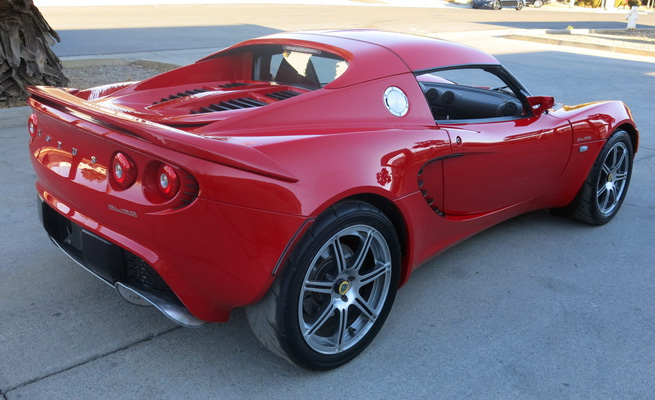 The Elise and hardcore Exige are excellent British track car values. For roughly the price of a Corvette, you can get the most dynamic and engaging driving experience this side of an Ariel Atom. Unfortunately, that light weight comes with a size penalty. If you’re over six feet tall, you will have to remove your shoes and scrunch down a bit. Over 6’3” and you’re looking at driving with your head tilted and yet still touching the roof. If it has a targa, you’ll have to pull it just so you can get in and out. 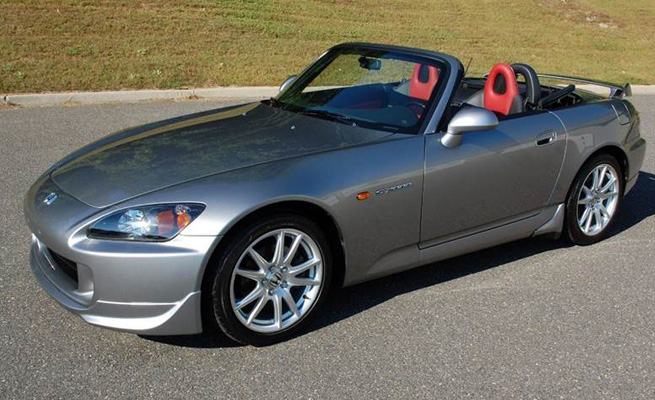 Honda’s premier affordable sports car packed a lot of fun into a small space. With a high reving engine, taut suspension, and affordable price, it was the thinking man’s alternative to a well optioned Mustang GT. Surprisingly, the S2000 has quite a bit of interior room. Unfortunately, the doors are small and the roof rather low, so getting into and out of the S2K means doing your best limbo moves. 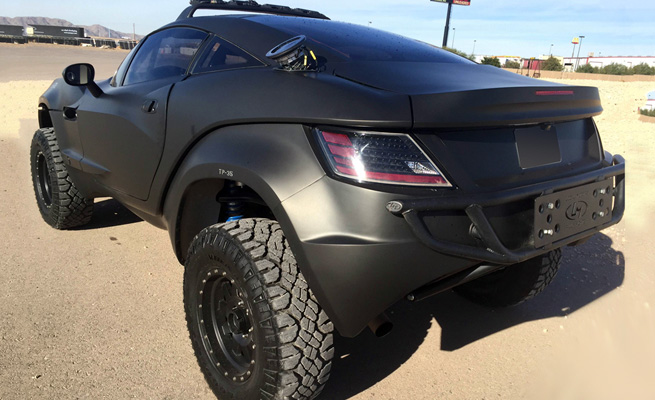 Yes, I love this car and put it into every list I can. Anyway, it qualifies here for a couple of reasons. The Rally Fighter is an excellent off-roader, due in part to its massive ground clearance. Yet it has a sexy sports car body on top of that capable Super Stadium Truck worthy chassis, so it has the usual head clearance issues. When combined, getting into the Rally Fighter means an awkward backwards step up into the cab, while ducking your head, so you can’t really see where you’re going.

More people would own a Miata if they actually fit in them. The small sports car was designed for a world audience, but test fit by Japanese drivers. Hint: they’re typically shorter and lighter than American drivers. Even on cold days, you will see the many Miata drivers with the top down, their forehead higher than the top of the windshield. Entry with the top up requires a massive ducking and squatting maneuver, and is not sexy at all. 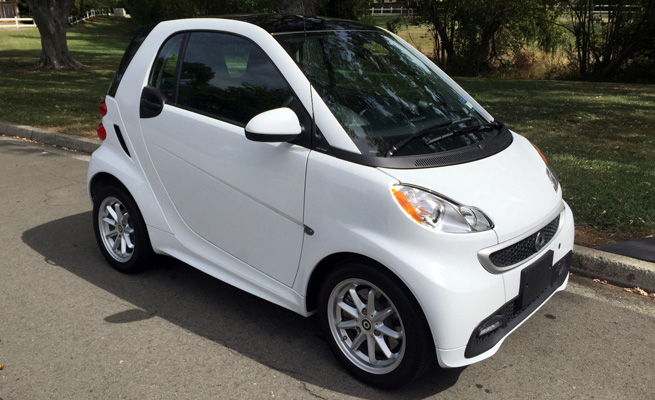 The Smart is a city car that gets some things right, and some things horribly wrong. On the plus side is tiny physical size, for easy traffic negotiation and parking. On the down side, that size means it is off the shopping list for the estimated 30% of Americans that are obese. Compounding this problem is the fact that the Smart is more along the lines of a backpack you strap on, versus a car you get into. The short doors and upright seating limit ingress/egress strategies, and while the headroom is excellent, the hip and shoulder room just isn’t there. Gear selection requires fondling the passenger, so only take passengers you know very well.

Have any personal experience here, or know a vehicle you would recommend as overly difficult to enter or exit? This is a criteria that some auto buyers seriously look at, so let us know what you like and don’t like in the comments below.

Which door design is the coolest?