Solar Roadways in Sandpoint, Idaho, received a ton of attention in 2014 when their Indiegogo fundraising campaign went viral. A slick video described the green company’s idea for replacing our low tech and boring roads, with their solar powered and LED lit roadways, looking like the streets of the future. There’s a lot of benefits to solar paneled streets, but will they work? Let’s take a look.

Current roads and parking lots are made of asphalt, which is a mixture of petroleum byproduct leftover from oil refining, and either pebbles or sand. Basically, it’s waste and dirt. It’s cheap, fairly easy to work with, and can be very durable if the road is properly prepared, constructed and maintained.

A solar road is entirely different, and built from the ground up as smart road. Imagine solar panels blanketing the entire road surface, and then covered with extremely strong glass. The roadway receives sunlight during the day, and uses that energy to power LEDs with customizable programming. Displayed signage can be nearly anything, from basic road lanes to warnings of heavy traffic or construction ahead. This allows the signage to easily change as the need arises, and to reduce roadside clutter from current signs.

In addition to powering LEDs, the captured energy can be used for other purposes, like running heating elements. A warm roadway in winter will not freeze over, eliminating accidents caused by ice and snow. Road maintenance budgets would be reduced, as city, county & state street departments would not have to deploy salt or sand trucks on these smart solar roads. Enthusiasts rejoice! You can sell that winter beater permanently, as your classic muscle car will no longer be exposed to rust. Maintenance is better, as the solar road sections are modular and can be removed comparatively quickly, and easily replaced with a new panel. Much faster, and with better results, than sending out a crew for a whole day to make an inadequate patch (4 guys to hold the Stop/Slow signs, 2 more to supervise them, and 1 guy to do the actual road patch). 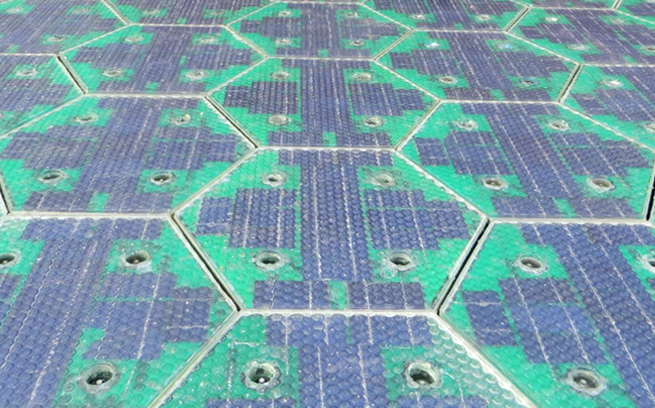 One of the most intriguing benefits of future solar roads would involve wireless charging of electric cars. Currently, EVs have to stop and recharge for several hours while on a road trip. Quick chargers, like Tesla’s supercharging system, can provide a faster charge, but it still takes about 45 minutes to get anything decent. Wireless charging could be easily integrated into a solar road, and with an EV adapted for it, the car could receive energy from the road as it travels. Perhaps, it would never be efficient enough to offer unlimited mileage, but it would certainly extend the range of nearly every EV, making them a worthwhile consideration for nearly every commuter.

Finally, the National Highway Administration estimates there are approximately 61,000 square miles of paved surfaces in the US, which is larger than the entire state of Georgia. This is also three times the amount of surface needed to power the entire US from solar panels. That’s a stunning statement, as it would mean the country would be a massive exporter of clean energy, in addition to all the other benefits of solar roads. 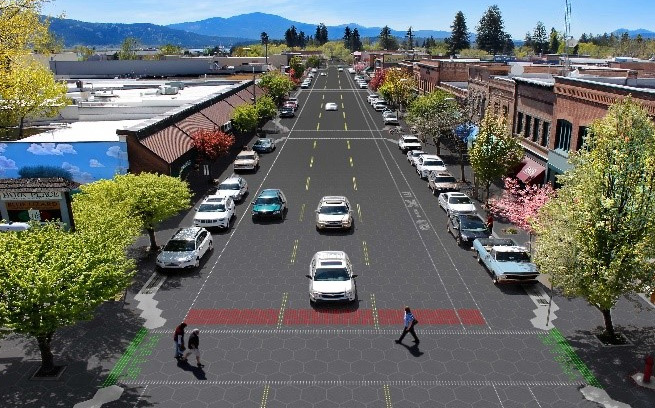 Obviously, the immediate drawback to the concept of solar roads is the cost. If you have priced solar panels lately, you might have noticed their prices coming down, but enough to power an entire house still costs around $20,000 in 2016. According to the New York State Thruway Authority, building multi-lane roads in the northeastern United States costs approximately $1.5 million dollars per mile.

That’s a good chunk of change, but asphalt itself is cheap, so when building a conventional road the costs mainly go to labor and specialized machines. When estimating costs of a solar road, the labor and machines will still be needed, but the base material cost will be much higher. Scott Brusaw, founder of Solar Roadways, estimated that a solar road would cost roughly $70 per square foot, which is fourteen times the price of a quality asphalt road. Crunching the numbers, that means the road of the future is likely to cost $21 million per mile on the front end. Ouch.

Sure, some of the costs will come down due to the economies of scale from mass production. LED lightbulb prices have been cut more than 75 percent so far in the last decade as more consumers put them into their homes, and that theory does make sense here too. However, looking at just the material costs, it’s safe to assume that LED lights, wiring, and solar frickin’ panels will always cost more than waste oil and pebbles.

Another element working against this idea is efficiency. Solar panels need to track the sun in order to maximize the amount of sunlight they receive. The panels in the roads cannot move, and are only at maximum efficiency on sunny days around noon. This reduces the total amount the system would receive. It could still power signage just fine, but might not spell the end for the coal and natural gas industries just yet. A solar road in Seattle in January is probably a sad sight.

Last, there is the issue of durability. Solar Roadways says their panels can handle even the heaviest trucks, which run approximately 250,000 pounds on the multi-trailer rigs. That’s an impressive feat, and likely true. For a while. Airports have massive concrete slabs stuck into the ground to deal with the weight of heavy aircraft. The top layer of concrete is usually 12” or more, with the sublayers going an additional few feet. Despite this design, the thick slabs still get damaged and need to be repaired or replaced. How long does the road’s wiring last? Will heavy trucks jostle lose any of the multitude of various connectors? How long does the glass last while taking a pounding from vehicles and the elements? If a chunk breaks off, does it become a sharp projectile? Can the integrated signage be hacked?

The engineering is impressive, but the solar panels will need to be replaced at an unknown cost. If there is a 20 percent failure rate of panels annually, then the budget needs $4 million dollars per year, per mile, for maintenance. 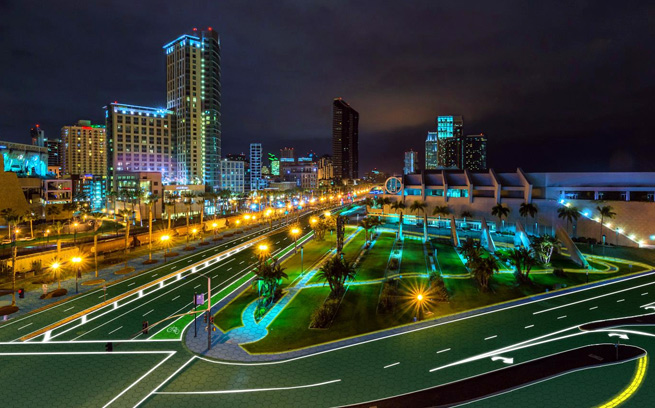 Solar roads are a brilliant idea. There are a whole host of positives to the idea, and everyone from environmentalist hippies, to safety advocates, EV fans, gearheads, and futurists that just want to live in the Tron universe, would love to see them in action. The challenges are real though, and while daunting, they may be overcome with an eye on cost cutting and ease of assembly and maintenance.

Perhaps Elon Musk can lend his brilliance (and billions) to overcoming the solar roads implementation hurdles.  After all, he sits atop two highly-relevant companies: Tesla Motors and SolarCity. Plus he is the brainchild of another innovative transportation solution called the Hyperloop.

Think Solar Roadways can pull it off? If you’d like to help them out, check out their Indiegogo page, which is still accepting donations. So far, 50,000 backers want to see it happen, and put their money where they drive.

Best Places in America to ...

High-Tech Roads of the Future

Do you change your own oil?