Picture this: after having an amazing time at the local bar with your friends, you decide you had enough drinks for the night. You take care of the bill and leave a generous tip, then head outside for the car. You get into the back seat and say “Okay Tesla, take me home”. Then, the car starts and heads towards your predefined address.

No drunk driving, little to no chance to cause an accident and the best part, it even parks itself so you don’t have to waste any extra time.

How about catching up with some work or read a book while your self-driving car takes you to your destination, 6 hours away, without you even having to be in the passenger seat?  Or just getting to enjoy that burger and fries while it’s hot, even though you’re in a hurry to get home.

Does this sound like the future of commuting and driving? Let’s have a look at the main arguments (for and against) self-driving cars and how this novel technology may impact our lives.

In order to be able to drive on its own, an autonomous car uses sensors that interpret the environment and allow automatic steering and speed variation. A multitude of sensors create redundancy, making sure that level 5 autonomous driving (which is, driving entirely without driver input) is achievable.

There are three main types of sensors that autonomous cars employ in their activity:

While at first cameras were integrated into cars to offer details for human drivers, with the increase in image resolution and processing speed, these have become a necessary input for autonomous driving systems. For example, both rear and newer 360-degree cameras provide an enhanced representation of the environment around the car. Furthermore, 2D cameras are sometimes used to add another layer of digitized information over the picture, such as steering angles.

For autonomous vehicles, a system of 4 to 6 cameras is controlled by a central processing unit. The unit gathers video from all the cameras and renders a more accurate picture to the driving system. For most cases, this operation requires vast amounts of processing power, thus additional computing units may be added to the infrastructure in order to maintain a constant flow of data.

There are also forward-facing cameras that, compared to 360-degree systems which only act in the near vicinity of the vehicle, tend to provide information for medium and long range. Behind the camera hardware, a complex infrastructure detects objects, assigns said objects in a category and then calculates the distance to the object. These cameras are mostly used to warn about pedestrians, incoming vehicles, bridge abutments and dead ends.

On the other hand, radar sensors make use of radio waves rather than actual imaging in order to boost performance and safety of autonomous cars. Most RADAR systems work on very high frequencies, usually either 24Ghz or 77Ghz. The higher the frequency, the higher the accuracy is for distance and speed measurements. On the other hand, lower frequencies require a smaller antenna and generate lower interference.

The main features that radar systems bring to self-driving cars are:

Finally, LiDAR is the latest addition to the mix and was designed particularly to boost the efficiency and get us closer to a level 5 autonomous car.  LiDAR works the same as a RADAR, up to a degree. Instead of shooting out radio waves, it emits pulses of infrared light (also known as lasers) which are invisible to the human eye. By measuring how long it takes for a particular pulse to bounce back from an object, the LiDAR calculates the size, shape, distance and speed of a particular object. The process happens no less than a few million times every second, allowing LiDAR to provide data with remarkable accuracy.

The results of the laser pulses are compiled in a point cloud which works similarly to a 3D map of the world. The map is updated in real time according to the information that the LiDAR is feeding from the environment. Compared to a regular camera or RADAR, LiDAR’s detection is so precise that once it detects an object near the car, it will then also be able to make predictions on its behavior, such as for a pedestrian that might suddenly start running into the street.

While autonomous cars need all three categories of sensors in order to provide the best experience, none of the two can match the efficiency of LiDAR. Paired with the latest machine learning algorithms, LiDAR paves the way to future cars that won’t require a steering wheel anymore.

Thus, intersections will have cars just passing one another as the computer dictates. Since the reaction time of autonomous systems is many times higher than the one of a human driver, cars will be able to pass inches away of each other in busy intersections and perfectly avoid accidents.

The same will go for accidents involving pedestrians. The cumulus of sensors and cameras found on an autonomous self-driving vehicle is prone to heavily reduce accidents where pedestrians are involved. First of all, the drop is achieved by eliminating the human error factor (which is responsible for 94% of all accidents, and is the leading factor in 74% of them), then by having a system react faster and predict the behavior of the pedestrians better than a human can. 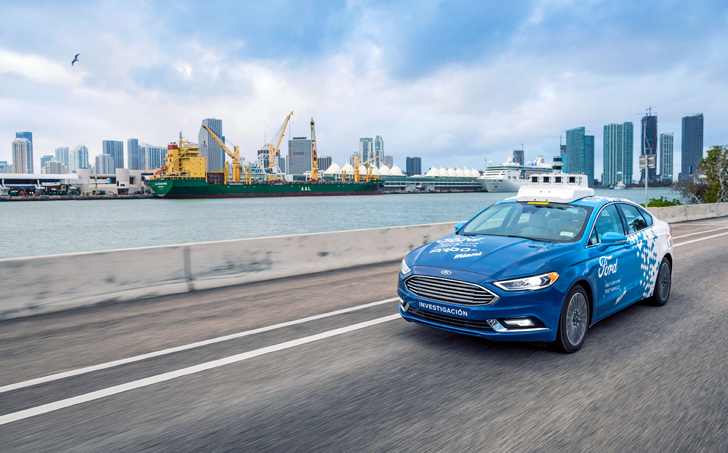 The glitches in the matrix

Here’s some food for thought: Who takes the blame in a self-driving car crash?  There is no such thing as an ideal world, so accidents are prone to happen regardless of the redundancy of autonomous systems. Sometimes the cameras interpret a road sign differently than it actually is, or mistake a road barrier for a road marking, crashing into it. Or maybe the emergency braking system fails to act upon command of the central processing unit.

Remember those ridiculous Russian car insurance scammers that basically go around hitting their head against cars? What would an autonomous car do then?

Although in some parts of the world we even have road lanes dedicated to autonomous cars, the overall legislation is still in a grey area when it comes to taking legal responsibility. The issue is still being debated and it is proving to be very difficult to pinpoint the exact party that should take the blame in any given scenario.

The legal loophole is one of the elements holding back fully autonomous driving deployment at a large scale in cities all over the world.

Autonomous cars by the numbers

As of 2016, the autonomous driving market adds up to $3.4bn with 30% of US citizens likely to buy a partially autonomous vehicle.

In terms of ADAS (advanced driver assistance systems), the top three OEM providers are projected to have 38.1 million units programmed to be shipped by 2020. General Motors Group, Ford Group and FCA are the largest financial powers in the autonomous driving niche.

Will we ever reach a fully autonomous driving world?  Perhaps, although not in the near future. While autonomous vehicles promise to come with quick-acting, efficient and redundant solutions for driving particularly in urban areas, there is still lots of room for improvement.  Today’s self-driving cars can still get confused by camouflaged stop signs, seagulls, hills, snowflakes, tree shadows and so on.  Nevertheless, through time self-driving cars will undoubtedly improve to work out flaws like these and others.  Perhaps ultimately they will improve to levels well beyond human capability.

Then there are those who enjoy driving. Whether they are avid car enthusiasts or just people who’d rather have their own hands on the steering wheel, the near future still presents enough demand for driver-based cars instead of robot-driven ones. Enthusiasts would never accept a world with no manual vehicle input available, so that extreme probably won’t ever happen.

The self-driving car revolution offers a plethora of intriguing benefits which propel it forward to an imminent future reality.  Self-driving cars will improve our lives such as allowing us to be more productive and travel safer.

Although self-driving cars have come a long way, many legal and technological hurdles must be resolved before we see level 5 autonomous vehicles roaming the streets.

Which 1963 classic car would you rather have?