Looking in retrospective, 2017 turned out to be a great year for automotive fans. In the short span of 365 days we got to see some truly incredible machinery in the form of McLaren’s Senna, Ferrari’s 812 SuperFast, Lamborghini’s Huracan Performante, and let’s not forget the all-American Ford GT. Although topping that list seems almost impossible, 2018 promises to be even more exhilarating. Here’s a list of the top 10 most exciting cars arriving in 2018, to show you what you can expect over the upcoming months. 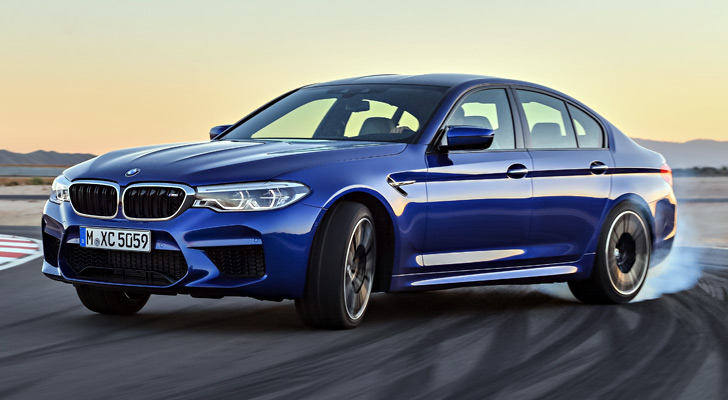 I’m going to kick it off with a car which started an entire niche segment. The first M5 defined the fast sedan market, and the latest one only further improves on the same basic principles and formula. This time it’s packing a 4.4-liter twin-turbo V8 under the hood with 592 horsepower and BMW’s latest eight-speed auto. Rather interestingly, this is the first M5 to feature an all-wheel drive platform, but don’t worry, because the rear-wheel drive shenanigans aren’t going anywhere. With the flip of a switch you can deactivate the front axle, effectively turning the M5 into a great, big, smoky tire-shredder. The more things change it seems, the more they stay the same. 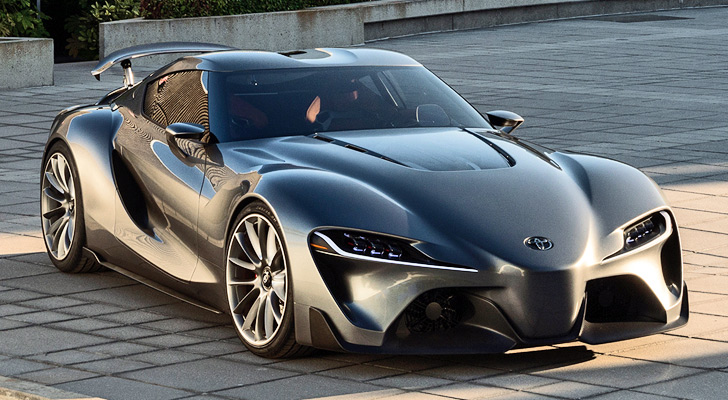 Finally, the icon is back. Well, in a way at least. Although rumors of a brand-new Supra successor have been circulating the internet for a while now, official information surfaced only a couple of months ago. Sadly, it probably won’t feature an inline six-cylinder like the previous Supra, but it does make up for it in other areas. Toyota says that the new Supra aims to be an affordable sports car for the everyday man, which means we’ll probably get a four-cylinder engine as standard. A hybrid version will follow, hopefully with a V6 to spice things up. If it’s at least half as good as the original, Toyota will have trouble keeping up with sale demands for it. (FT-1 Concept Shown) 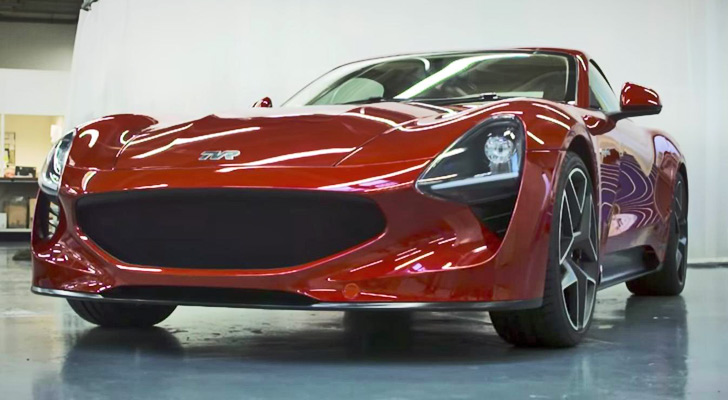 This British manufacturer used to produce sports and supercars back in the early 2000s, but due to reliability and financial issues, they went out of business. Now though, they’re back, and they’re back in a big way. The Griffith is the car that hopefully turns things around for them, and on paper alone at least, it sounds tempting. A Cosworth V8 will send power to the rear wheels via a six-speed manual, pushing out somewhere north of 500 horsepower. If TVR manages to make it weigh less than 2,756 pounds (1,250 kilograms) like they intend to, this might very well turn out to be a serious GT3 RS rival. 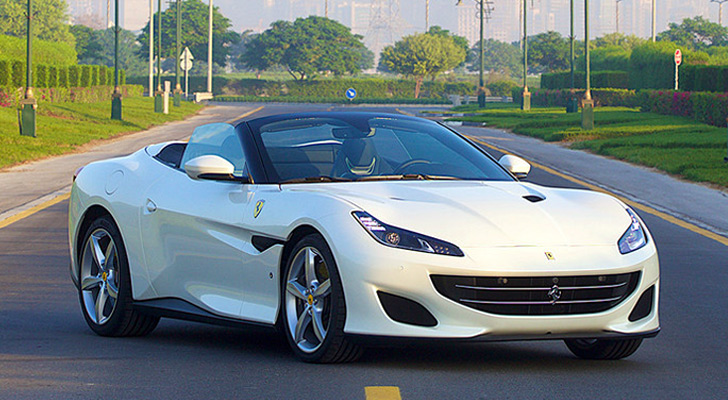 You all expected a Ferrari to make an appearance on this list didn’t you? The Portofino is the California T replacement, and in my opinion, probably one of Ferrari’s finest creations to date. Yes, it’s not a crazy flagship with 800 horsepower, but it is the most usable and friendly Ferrari to date. The twin-turbo V8 with 592 horsepower sits at the front, power is sent to the rear, and you get 2+2 seating with a folding hard-top. If that’s not a recipe for success, nothing is. Add gorgeous Italian design into the mix, and even die-hard Ferrari haters can’t stay indifferent. 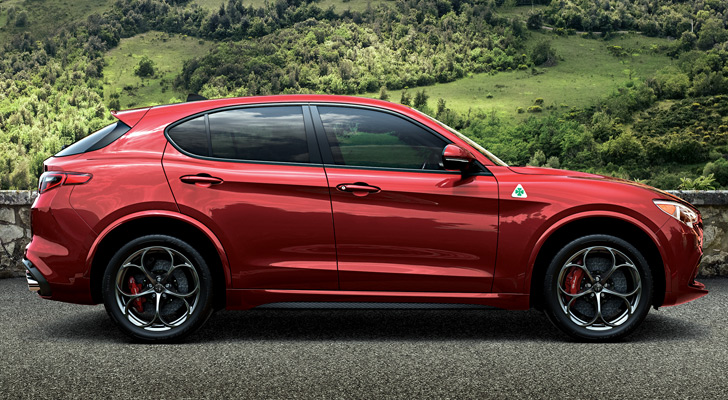 If you want a sporty SUV but don’t particularly like the Macan or the Cayenne, this is the only viable alternative. Actually, scratch that, because it’s so good it’s not even an alternative. Think of it as a Giulia Quadrifoglio but slightly taller. It’s got the same 2.9-liter twin-turbo V6 with 500 horsepower, but power is sent to all four wheels instead of just the rear. The official figures state it can crack 62 mph in under four seconds, which is impressive for any car, not just an SUV. If looks rank highly on your list, the Stelvio wins hands down. Alfa’s design game is on-point at the moment. 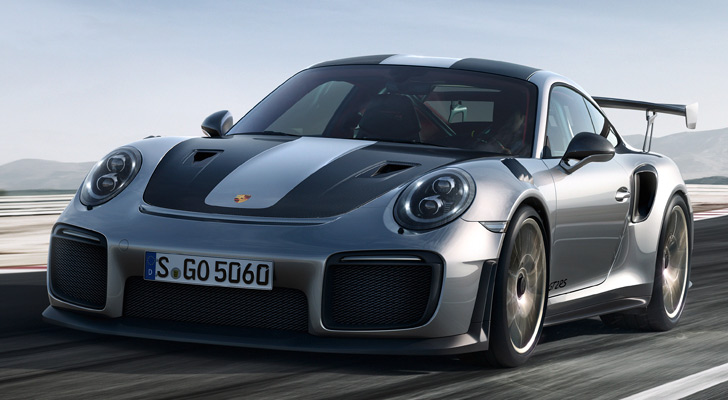 Just months after Lamborghini broke the Nurburgring track record with their Huracan Performante, Porsche broke their hopes and dreams. We all knew the GT2 RS is going to be fast, but we weren’t prepared for just how fast it turned out to be. The recipe is quite simple, as it combines the best of the 911 Turbo S and the GT3 RS. The back houses a 3.8-liter twin-turbo flat-six with 700 horsepower and 553 lb-ft of torque. Power is sent to the rear wheels through a seven-speed PDK and it can sprint to 60 mph in just 2.7 seconds. I know it’s cliché, but the phrase “It’s a race car for the road” has never been more appropriate. The big wings and the wide body is not just for show, as everything you see is functional. 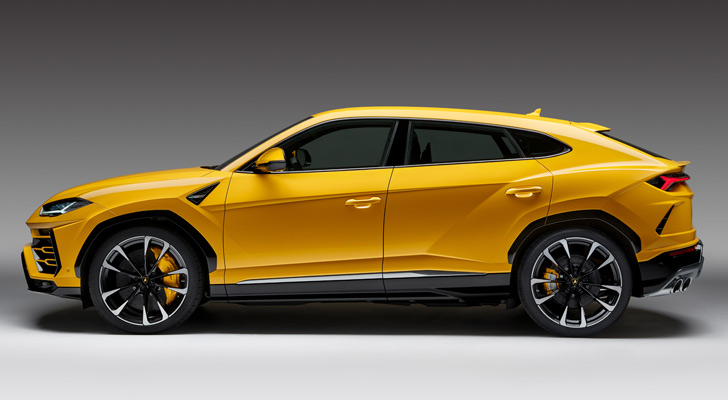 SUVs are all the craze these days. They’re so popular that even exotic car manufacturers had to resort to building one just to stay relevant and out of bankruptcy. Just look at Bentley and Porsche. Lamborghini may be following suit in terms aiming to boost revenues, but it’s also a return to its roots.  You see, Lamborghini established the exotic SUV segment way back in the mid-1980s with its crazy, Countach V12 powered LM002 model.  Now, Lamborghini has shoehorned a 4.0-liter twin-turbo V8 at the front of the Urus, producing an almighty 641 horsepower and 627 lb-ft of torque. It’ll be priced around the $200,000 bracket, and eventually a hybrid version will make its debut. Expect even more power and, not that anyone cares, better fuel economy. 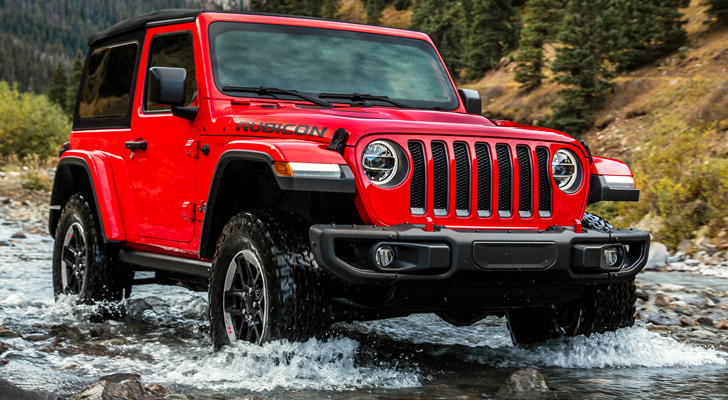 The Wrangler’s history stretches all the way back to the original wartime Willys Jeep. Jeep is still keeping most of the details a secret, but early spy shots reveal that it’s more of an evolution rather than an revolution as far as looks are concerned. Don’t think for a minute it’s going to be a simple facelift job though. Jeep claims it will be more capable than the generation it’s replacing in more ways than one. From the get go we can expect the usual array of diesel and gasoline engines, but a hybrid powertrain is not out of the question in the future. I don’t doubt for a minute it will still be the unstoppable off-road monster it’s always been. 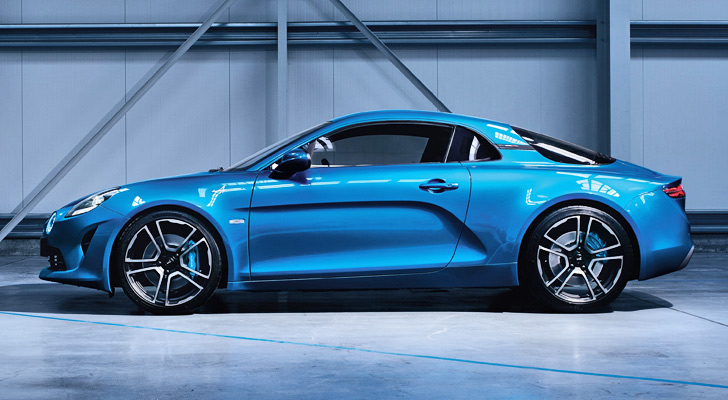 Alpine is now owned by Renault, but in the past they used to produce amazing rally cars which frequently won stages and championships. After a several-decade hiatus, they’re now back, and the A110 represents everything we like about sports cars. It’s not overpowered and it’s not overpriced. The 1.8-liter four-cylinder placed in the middle makes a modest 250 horsepower, but because it weighs just 2,205 pounds (1,000 kilograms), it’s still plenty fast. With a car like the A110, speed is not everything. The driving dynamics and the driver involvement play a greater role in the fun you’re having than outright speed. The A110’s only disadvantage is that it doesn’t come with a manual transmission, but given how fun it should be to throw around, I doubt many people will complain. 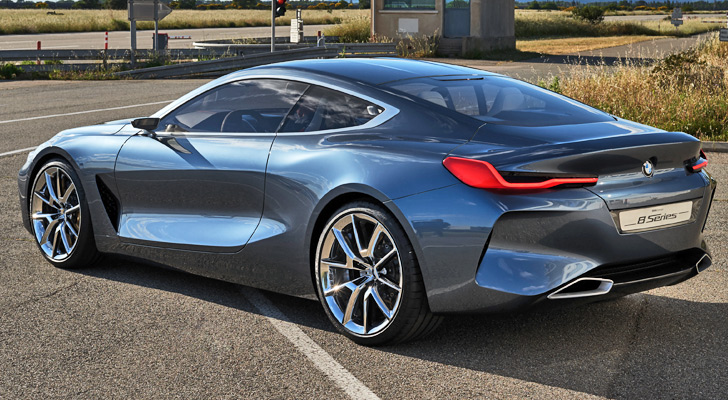 Yes, you read that right. The 8-Series is back after an almost two decade hiatus. An amazing-looking design study showcasing the 8-Series was unveiled last year at the Concorso d-Eleganza Villa d’Este. It may have been just a concept, but it seemed to be nearly production-ready. Think of it as a rival to the S-Class Coupe though with more sport-oriented credentials. Six and eight-cylinder diesel and gasoline engines will kick off the range, with a hybrid following close. I don’t think we’ll get to see BMW’s amazing 6.6-liter V12 make an appearance here, but I’m keeping my fingers crossed.

Should Uber and Lyft drivers be required to have taxi licenses?

Which Car Accessory is the Stupidest?