Las Vegas is many extravagant things to many people, but it isn’t known for its car industry (beyond Carroll Shelby International). Newcomer PSC Motors is looking to change that, with the debut of their hybrid supercar.

Rather than an exotic and revolutionary take on the hypercar, like the Lyons Motor Cars LM2 Streamliner for example, the awkwardly named SP-200 SIN is more evolutionary of current designs. The front is McLaren with a LaFerrari grille and splitter, with Huracan headlights. The profile and rear are also McLaren-ish, with cues from the Aventador SV and hints of the new Ford GT. With that pedigree of inspiration it’s no wonder the SP-200 looks pretty decent. Familiar, but not bad.

Interestingly, the final form is said to have been created by Jennarong Muengtaweepongsa, a 15 year old student and freelance designer in Bangkok. PSC says the SP-200 is the result of five years of engineering, but the design probably came years later and not from a 10 year old.

Speaking of engineering, like all super high-end cars of this generation and caliber, this one is a hybrid. No detailed information on drivetrain yet, but PSC released some of the critical numbers. Horsepower comes in at a Veyron-shredding twenty four hundred, generated by a twin turbo 9.0 liter V8. Original teaser promos listed it as a naturally aspirated V8 making 1700 hp, but that is the engine’s output before the monster of an electric motor brings the total up to 2,400. It’s currently unclear whether the V8 is proprietary or developed in-house. Most likely the former, as PSC is so small they do not appear to have a website, much less an engine manufacturing assembly plant, but all that makes one wonder who would provide such an engine. Nine liters is absolutely massive, and GM tends to make the biggest naturally aspirated V8s, but 2,400 horsepower is quite a leap up from the current GM powerhouse, the comparatively tame 650 hp Corvette Z06. All this power drives through an 8-speed DCT, also of unknown origin. 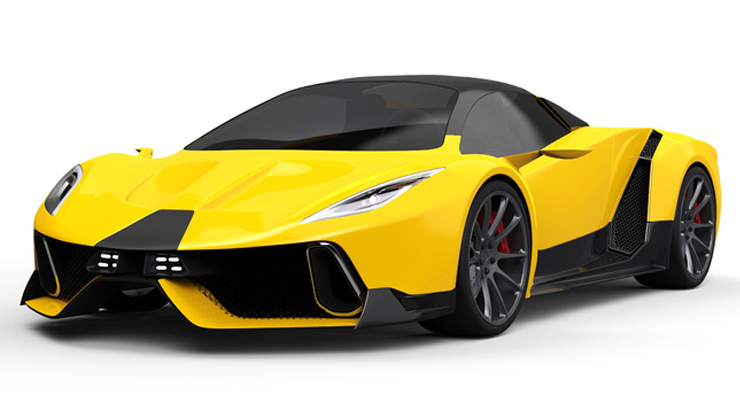 Extensive use of carbon fiber and aluminum keep the weight down to about the same as a Ford Focus. Tipping the scales at just over 3,000 pounds, the SP-200 should easily run 0 – 60 in the mid 2 second range, and possibly even quicker if the vehicle can manage to get any traction. Quarter mile, also traction limited, would be sub-ten seconds. Top speed is estimated at 280 mph.

If you need this to be your daily driver, or just some eco-cred, the SP-200 is a hybrid, and can run 60 miles in all-electric mode.

The PSC SP-200 SIN is projected to go on sale in 2016, but the asking price has not been revealed yet. For the rarity and performance, figure $1 million on the low end. With only 35 projected to be built, it is definitely an exclusive club, and it’ll make serious headlines if/when it hits the streets. Still, I’m not sure reigning king of bonkers hypercars, Koenigsegg, is at all worried.

What is the leading factor that determines if a car is a Supercar?

Most entertaining to attend as a spectator?