Will Future Cars Become Boring as the World Shifts to Electric Cars?

The short answer is no but the long answer is… it depends. Electric cars are neither better nor worse than ICE cars, but they are different. It’s not a night and day difference mind you, but there are some key areas in which EVs differ from combustion-engined cars, for better or worse.

Let’s just get one thing out of the way first: EVs are ridiculously fast. From a dig (a standstill), not much can touch a regular EV, let alone the new Tesla Model S Plaid or the stunning Rimac Nevera. Even a regular Model 3 will obliterate most hot hatchbacks and performance sedans up to 100 mph.

If straight-line speed is a factor in making a car fun for you, then you’ll almost certainly be pleasantly surprised with what the future holds for the automotive industry. Seemingly every year a new EV model or existing model is upgraded to boast a record 0-60 time, higher top speed, faster slalom run, etc.

Under specific circumstances, the latest Model S Plaid will hit 60 mph in 1.98 seconds, which is just insane. Not only is that ridiculous on paper, but it’s downright unpleasant to experience in real life. Having been fortunate enough to experience a sub-4-second run to 60, I can only imagine what halving that time must do. Your organs probably get glued to your spine and you’re unable to breathe for a short moment.

This is the biggest complaint and downfall of the EV, and for good reason. We’ve gotten so used to combustion engine noise that it’s a difficult habit to get rid of. To enthusiasts, cars are more than a way of getting from point A to point B. They’re an emotional object, something you bond with and drool over.

Most of us probably had posters of crazy V12-engined Ferraris and Lamborghinis, not some silent EVs that are homogenized and ‘soulless’. For noise alone, I do sincerely think that EVs will never be able to match ICE cars like the Porsche 911 GT3 or the Lamborghini Aventador, but all is not lost.

Manufacturers have gotten very good at creating synthetic electric noise, to the point where they’re enjoyable in their own way. Take the Porsche Taycan for instance. The fake electric ‘whooshing’ noise is obviously artificial, but it adds another dimension to what is, effectively, a silent car minus the wind and road noise. 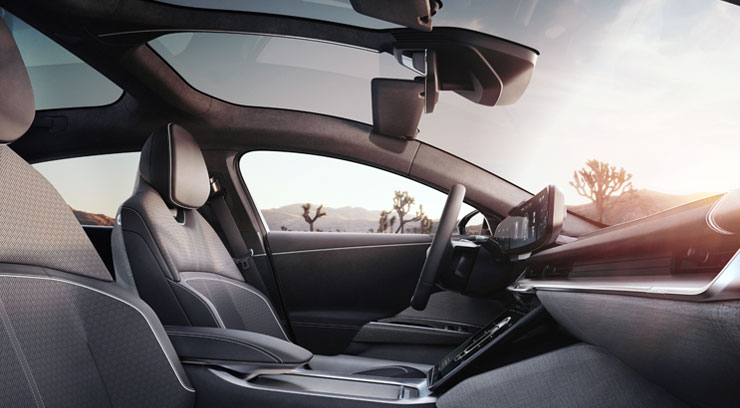 This is where EVs absolutely stomp on combustion-engine cars, and it’s easy to see why. For decades, manufacturers like Mercedes have tried to make their luxury cars as quiet as possible, but the engine was always the loudest component.

Even the S65 AMG, which has a silky-smooth V12 engine, is unable to escape the faint popping noises burning fuel inside a cylinder creates. Due to their lack of a combustion engine, EVs only produce wind and road noise, making the experience much more tranquil and luxurious.

If you own an EV, you’ve probably suffered from range anxiety at least once. Truth be told though, range was more of an issue ten years ago, but it isn’t as much of one now, especially here in the US.

Charging stations have become plentiful in most populated areas

and peppered at decent intervals in most rural areas. Plus, modern EVs have gotten so good you don’t have to worry about range unless you’re planning on taking an extended road trip through the most remote areas of the country. Large battery packs have enabled many EVs to travel upwards of 300 miles, while the Lucid Air can even go 520 miles on a single charge.  Charging them up isn’t what it used to be either.

This is the big one where EVs fall flat on their face, or at least they do for me anyway. Yes, ICE cars are slower and worse for the environment in every way, but they’re inherently fun and exciting as well. Shifting your own gears and using a clutch is an experience in its own, even if you’re doing it in a ratty old Honda Civic.

It’s not about going fast but enjoying the act of driving a car and interacting with it. Even DCT cars offer paddles to involve you in the whole process and make you feel a part of it.

For EVs to match ICE cars in this regard, EV engineers will have to stop thinking about outright speed and performance and focus on making the cars more involving (or the option of being more involving for the enthusiast minded buyers). I’m sure they can find a way to simulate a clutch or changing your own gears, or even come up with a brand new way of making us connect to the cars.

I’m not sure how they’ll do it, but it’s imperative if they want to keep the car enthusiast’s attention. 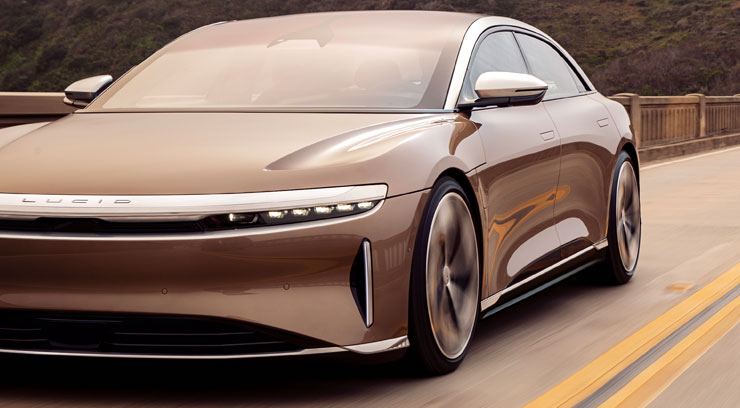 EVs are inherently heavier due to their large battery packs, but that isn’t as big of a hindrance as you might think. For starters, the weight is way down low inside the floor, so you have a much lower center of gravity than you do in an ICE car.

EVs can make better use of torque vectoring too, given the electric motor’s instantaneous response. I have no doubt that EVs will continue to get faster and faster as time goes on, and not just in a straight line either.

The size of the US automotive aftermarket industry is expected to reach $230 billion by 2025, but I don’t think that figure is sustainable unless EVs become more DIY-friendly. Tesla won’t even sell you spare parts for a car unless you take it to one of their official service technicians, and even then they might refuse to repair it if they deem it totaled (look up Rich Rebuilds on YouTube).

Go to a Subaru meet and what do you see? Crazy wheels, widebody kits, custom suspension, aftermarket engines, upgraded turbochargers, and custom exhausts to name but a few modifications. Attend a Tesla meet and you’ll be greeted by a very different atmosphere. You’ll be lucky to see aftermarket wheels on a few Teslas, let alone any substantial modifications.

I’m not saying EVs will ever be as tunable as ICE cars, but surely the EV industry and community as a whole can figure out a way to capitalize on the current $200 billion industry.

The EV still has a long way to go before it cements itself as the definitive ICE car replacement, but it’s definitely on the right path and progressing quickly. If automakers wish to lure long-time internal-combustion engine car enthusiasts with innovations that enhance driver involvement, customization, handling and performance, then the future of EVs will be electrifying.

Review of the DJ Grilles ...

Which safety feature do you think all cars should include these days?