It’s been a long time since vehicles were clapped out junk heaps at 50,000 miles, and every single car or truck sold today should easily see 100,000 miles without issues. Bad news for non-dealer service centers, but great for consumers. Still, some of our readers want a vehicle to last as long as possible. If you are looking for something to last a lifetime, check out our list of the longest lasting vehicles. 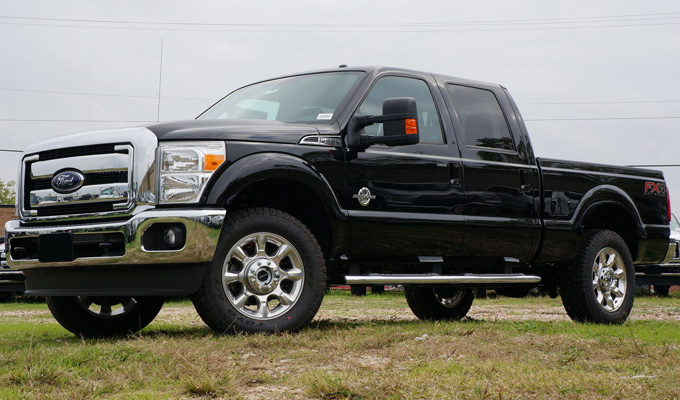 Yup, one of the most popular vehicles sold in the US is also one of the most reliable. Out of all non-commercial vehicles sold in the States, the F-250 is the most likely to hit 200,000 miles, according to automotive analytics company iSeeCars. This is likely due to the 250 being built for serious work, but not usually used to full capacity, making it kinda overbuilt. If you need to haul a boat, this is probably your best choice. 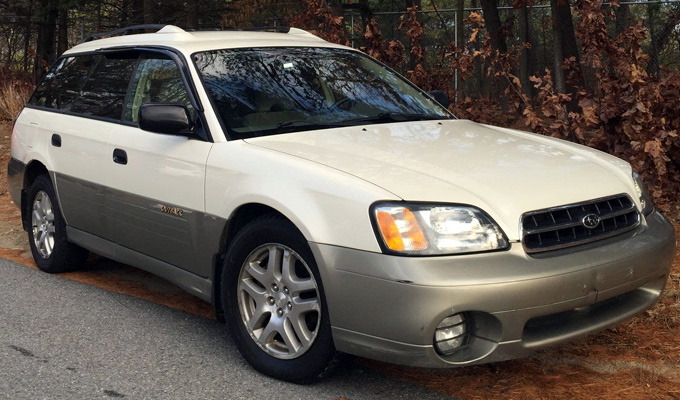 All Subaru vehicles have a reputation for toughness and durability, but the Outback takes the top spot. This is all the more impressive, as Subaru somewhat has a street reputation for cars you can beat on, in rally, autocross, and drag racing. The flat four cylinder engines are notoriously tough, and everything from the suspension to transmission seems to hold up. Consumer Reports likes the Outback, and lists it on their top 10 vehicles most likely to reach 200k. 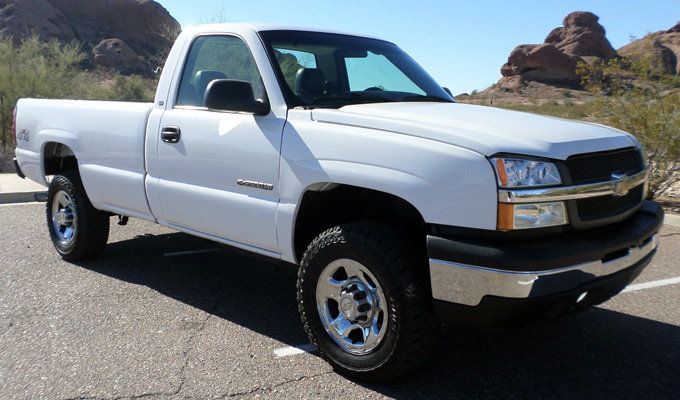 Like all full-size truck manufacturers, Chevy claims there are the toughest. The commercials call the Silverado the “longest lasting, most durable trucks on the road.” If you look at the fine print, you’ll see the claim covers years 1988 to 2004. Still, many other owners are getting serious reliability out of their Silverados, like Frank Oresnik. His 1991 Silverado passed 1 million a few years back with no overhauls, just oil changes. Hugh and Tammy Pennington’s 2006 Silverado 3500 passed 1.2 million miles and is still going strong today. 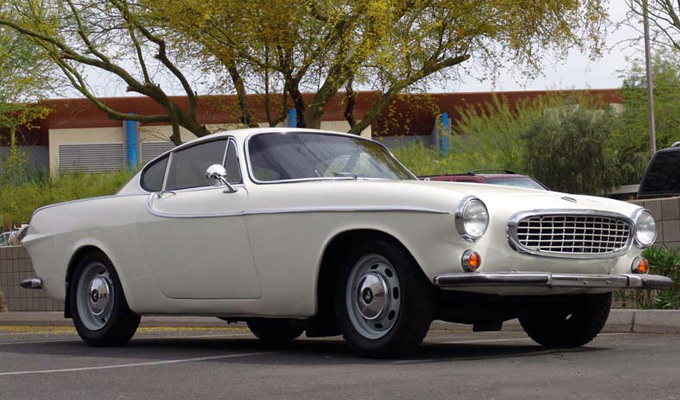 The P1800 isn’t available in dealerships, and hasn’t been there for five decades. Still, this little coupe soldiers on. It’s Roger Moore’s favorite car, from his years working on The Saint tv series. More recently, Irv Gordon became the Guinness World Record holder for most miles driven on a vehicle, when he passed 3 million miles in 2013. While it’s needed a few engine rebuilds, the P1800 proves that if you put in the maintenance work, anything will get you there. 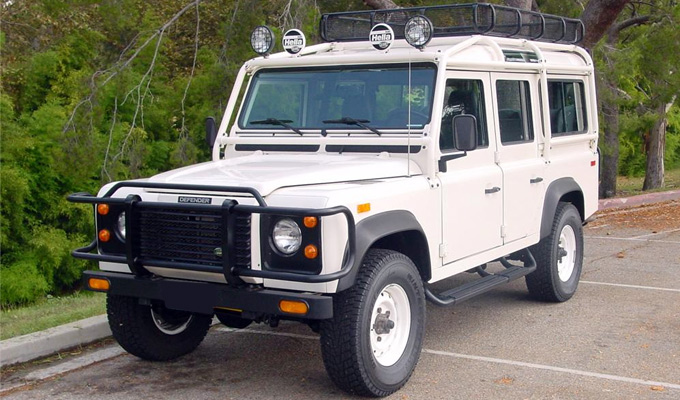 The Land Rover Defender is the “face” of the prestigious British brand, and had earned a reputation worldwide for off-road toughness. Land Rover claims over 70% of their vehicles, not just Defenders, are still on the road. That’s an impressive figure that even newcomer Scion can’t match. While there are some issues with older Rovers, like a delicate clutch, and even if your Defender is upside-down in a ditch in Zimbabwe, it is never more than a half hour and a hammer away from proper running order. 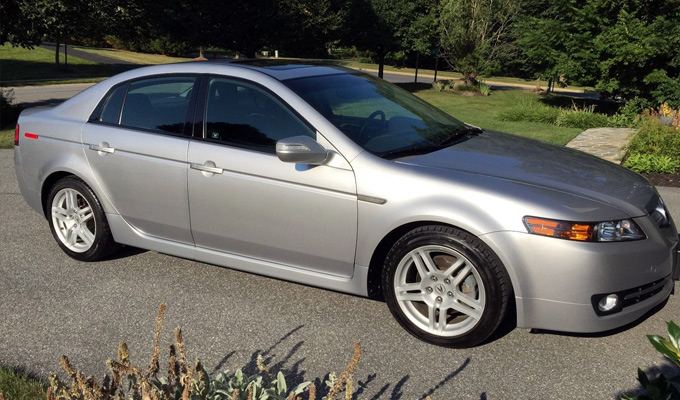 Need some near-luxury in your life? Don’t go for any old Buick, step up to the long-lasting near-luxury of Acura. Sarcasm aside, Acura does have several reliable rides, as they are slightly lux’d up versions of Hondas. The TL is a Honda Accord wearing business casual, for an increased cost. Go for the 3.7 liter V6 and you’ve got over 300 hp, so it’s not totally just a transportation appliance. While it’s been phased out for the TLX, a used TL should serve just fine for another 10 years or more. 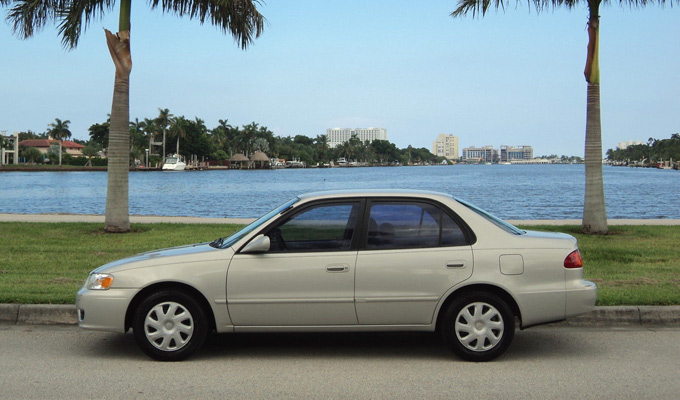 Toyota sells the most popular car on earth, so they got something right here. We know what they got wrong; numb steering and isolating suspensions, with a cheap overall feel, but Toyota did get somethings right. The gas mileage is great, usually class leading, and the reliability is there. The Corolla is arguably what led many American buyers to Toyota, as their ‘70s and ‘80s Corollas proved solid in a sea of unreliable garbage. Still, it’s too bad we can’t have a modern economy car with the fun and character of the old flip-up headlight Corollas. 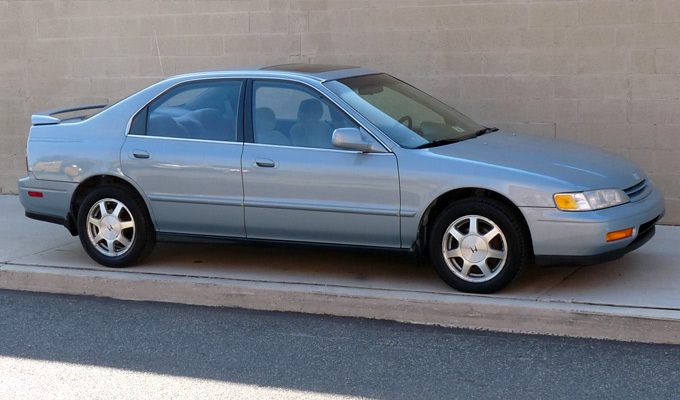 After full-size trucks and SUVs, this is the car most likely to pass 200,000 miles. The Accord doesn’t sell quite as well as its rival, the Toyota Camry, and that’s too bad, as the Accord looks better and tends to drive better than the Toyota. The Accord is almost continually on Car & Driver’s 10 Best list, and was also recently picked as one of the top cars to reach 200,000 miles. 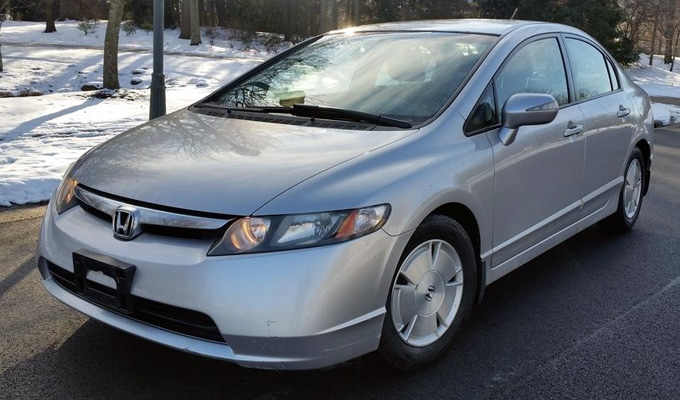 The Civic has been a legend of reliability for 40 years now. The first ‘70s CCV Civics had negative five horsepower, but got their drivers to their destination every time. Quiet quality led more and more buyers to Honda’s doorsteps, and it became one of the best-selling vehicles in the USA. Today, the Civic offers comfort, power, value, and reliability, all at an affordable price. 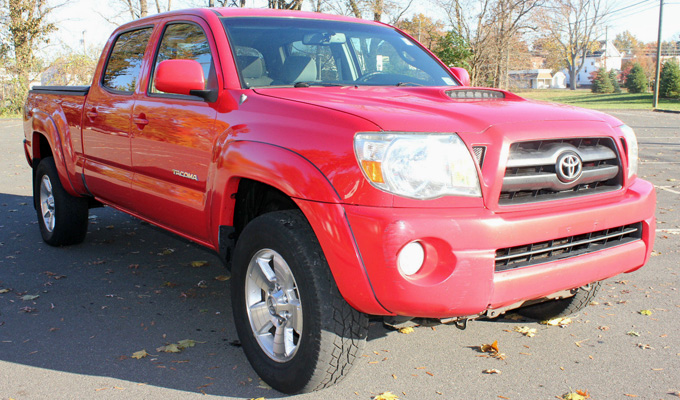 Need a truck that even Top Gear can’t kill? Your ride of choice should be the Toyota Hilux, or Tacoma, if you are in North America. The Hilux and Tacoma are both light duty trucks, with four or six cylinder engines. Both have famous durability, and solid off-road performance. Older ones had rust issues, but anything in the last 20 years is solid. Just don’t paint yours desert camo, as you will look like a jihadi looking for a market to blow up. 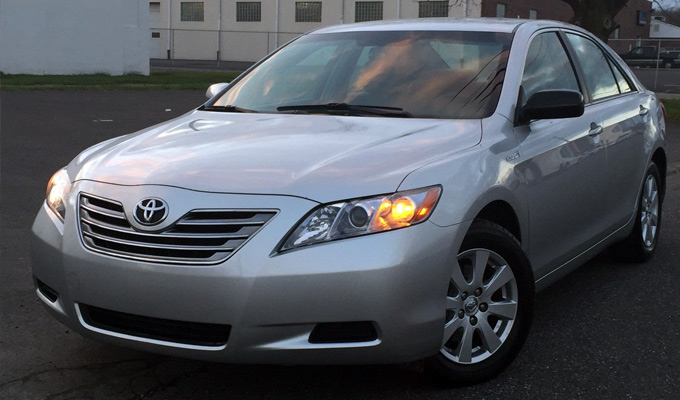 The Camry has lost some of its luster in recent years, due to slumping sales as mid-size sedan buyers make the jump to crossovers. Still, the sedate sedan gets the job done for many, by being a quiet, reliable, and useful car. The “bread and butter” sedan is notoriously reliable, having been a Consumer Reports recommendation since forever, on Car & Driver’s 10 Best list many times, and also rounding out the bottom of the list of vehicles most likely to see 200k. 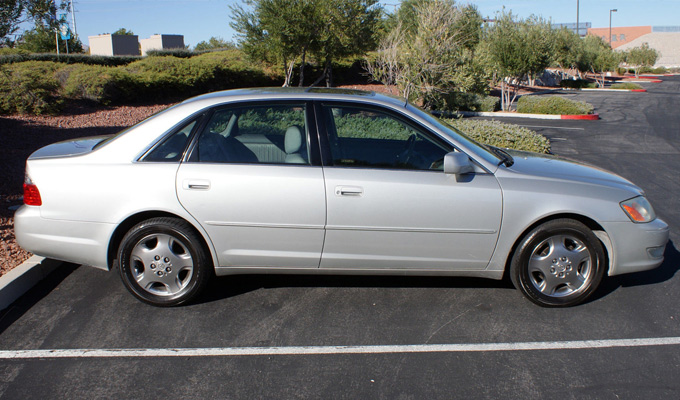 Noticing a trend here? Lots of Toyotas. The big ‘yota costs as much as an entry Lexus, but provides a whole lot more space and lux for the money. It’s built on Toyota’s K platform, which underpins all their mid-size and larger offerings, meaning it’s already proved reliable in the higher selling Camry. If you want reliability with extra legroom, get the Avalon. 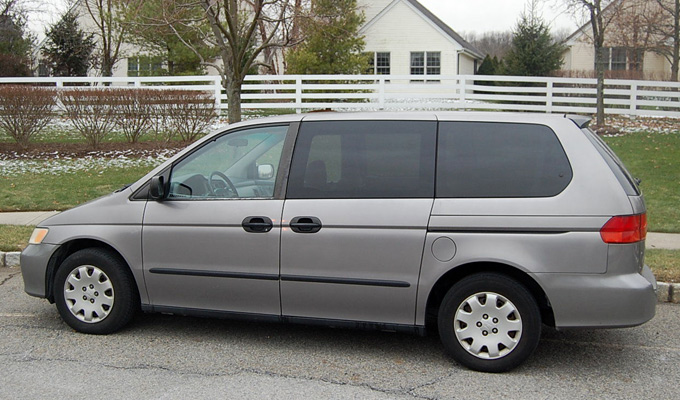 The good news is that if you need a minivan, Honda makes one that will last you for decades. Wait, that’s not a good thing… Anyway, if you are in the market for a people mover that gets decent gas mileage, it’s hard to beat a minivan. Honda and Toyota have been duking it out since GM and Ford abandoned the segment, and both makes have excellent offerings recommended by Consumer Reports. However, only Honda’s Odyssey makes this list, as it is more likely to reach 200k. 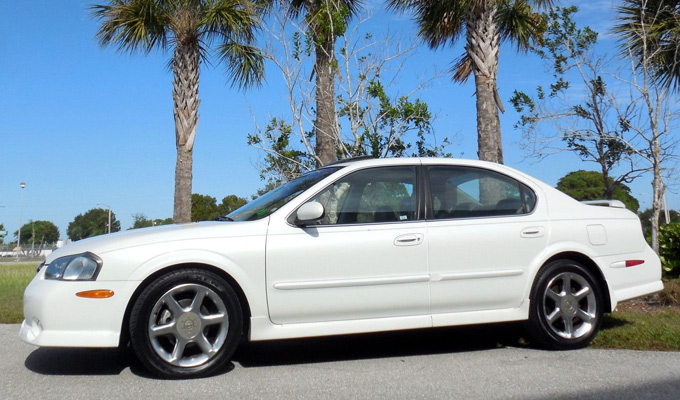 While the entry level Sentra has had suspect reliability for years, Nissan gets on this list with their top-of-the-line Maxima. The solid VQ V6 has been in production forever and has seen constant refinement. Auto transmissions used to not be able to stand up to the torque, but again, constant improvement to the Maxima has made it a modern upscale “4 door sport sedan” worth owning. Consumer Reports even ranked it ahead of the durable Camry. 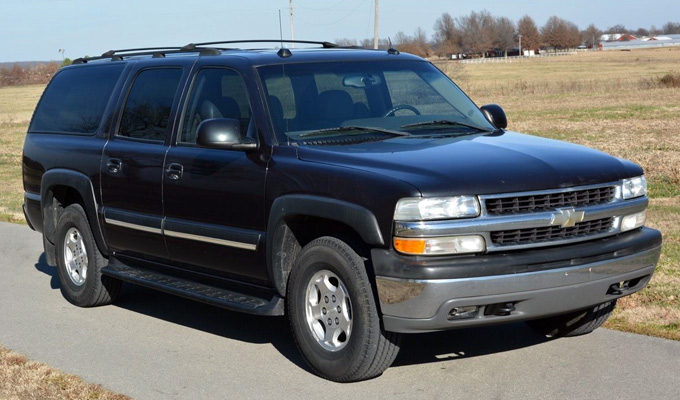 Here’s a surprise. Suburbans are known for their carrying capacity, but according to iSeeCars, they are also the most likely SUV to reach 200,000 miles. On further investigation, this shouldn’t be all that much of a surprise. The current V8 architecture has had the kinks worked out over the last nearly 20 years, and even adaptive suspensions are becoming “old hat.” The ‘burban is a simple SUV underneath that fancy new exterior, and simple means less things to break.

Which car do you think has the most controversial styling?

Which is your favorite method to gain horsepower?