The 1960’s saw the birth of the supercar with the Ford GT40 and Lamborghini Muira which paved the way for a progressive 1970’s movement towards more automakers adding an ultra high-performance and exotic supercar to their lineup or even entirely new dedicated supercar companies emerging.  With the exception of the 1987 stock market crash, the 1980’s was a relative economic boom time.  This decade produced some of the most legendary supercars ever made such as the Ferrari F40 and Porsche 959 (the later is Bill Gates favorite car).  The 80s supercar scene was exploding around the world and demand was skyrocketing.  For instance, many Ferrari F40 customers were eager to pay over three times the sticker price simply due to supply and demand.  Luckily this price is still a good deal if they held onto the car and sold it at today’s F40 market values.  The 80’s supercar craze was fueled in part by the economy, but also likely due to the supercars popularization during this decade.  In the 1980s supercar craze we saw Magnum PI drive a Ferrari 308 to its limits each week, Marty McFly drive a rare Delorean to the future, all sorts of supercars compete in the Canonball Run and Rocky boast a driveway full of exotics.  Check out the list of the top 10 best 1980s supercars and make sure to comment, click Like or share and cast your vote in the supercar poll below. 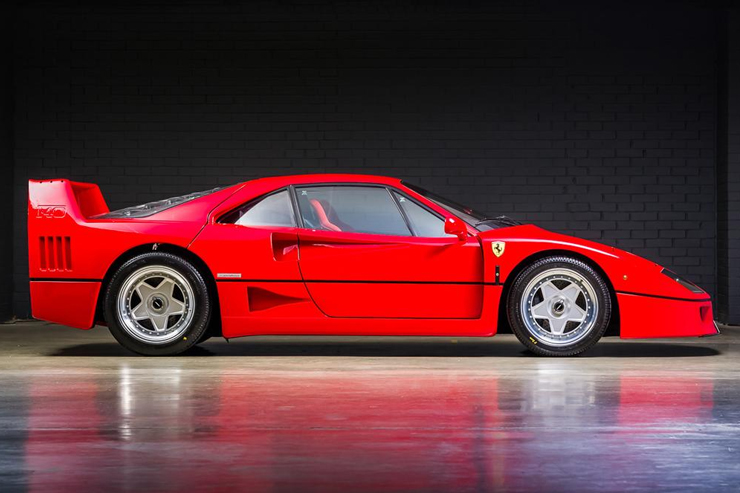