Gran Turismo Omologato or GTO, has become synonymous with what happened to be the strongest muscle car dominance on American back roads and highways alike. When it came to life in 1969, nobody expected the success that Pontiac was about to gain with the GTO Judge. What followed in the years to come will remain in history as a stepping stone for the American muscle car community.

The original Pontiac GTO started production in year 1964 and had a ten-year run until early 1974. The GTO was built and marketed as a very aggressive muscle car, taking pride in its large-displacement engine and unique design lines.

The ‘64 Pontiac GTO was from the start a game changer for the industry-focused Detroit. It was a fairly simple concept at its core. Pontiac started with a mild mid-sized Tempest and then slapped all the needed heavy-duty parts to host a beefy 389 engine, the strongest at the time. Add race branding “GTO” into the mix plus creature comforts specific to Pontiac and you have a winner.

The Pontiac GTO was an absolute hit and in no time competitors scrambled to come up with their unique version of this novel concept. The year 1969 is considered by many people as the most prolific in American automotive industry, particularly when it comes to muscle cars. The race for the best pony car was never before so close and fought between so many competitors.

In short, thanks to the 1969 Pontiac GTO, we were also able to see the likes of Dodge Charger R/T, Ford Mustang Boss 429, Yenko Nova SC427 or the famous Plymouth Road Runner shape what we know today as the golden era of muscle cars. Let’s have a look at what made the 1969 Pontiac GTO, nicknamed Goat, so famous to stand out in a crowd of stars. 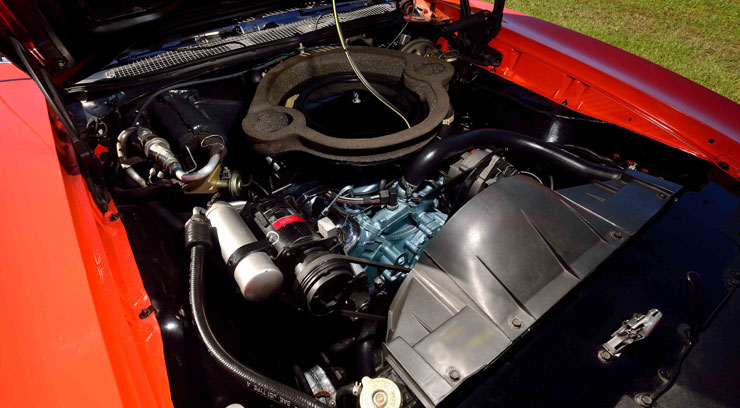 The original Judge was most likely intended to be an economical muscle car, probably only available in a single color and with basic rubber floor mats. Otherwise, it was designed to host the best performance packages available at the time.

Existing as a $332 option on the GTO hardtop or the convertible, the Judge could pack even more features. The standard 366-bhp Ram Air III V8 engine was paired with a 3-speed manual gearbox with Hurst T-handle shifter. It came however with the standard GTO firm suspension and racing glass.

For even more performance, buyers could opt for the Ram Air IV that made use of a revolutionary cam design to squeeze up to 370bhp. However, it needed to always be above 3,000RPM to get the power to the wheels and the 4-speed manual wasn’t the best in the business either. The automatic 4-speed alongside front disc brakes and power steering were a much better choice for the Pontiac GTO Judge.

On the outside, the unique rear-deck spoiler stood out in the crowd, accompanied by the same Carousel Red color, known by Chevrolet as Hugger Orange. Along the rear-deck spoiler came a quirky hood-mounted tachometer and racing-inspired door stripes. The 1969 Pontiac GTO Judge stood handsomely on Rally II wheels stripped of their chrome trim rings and dressed with G70-14 tires. 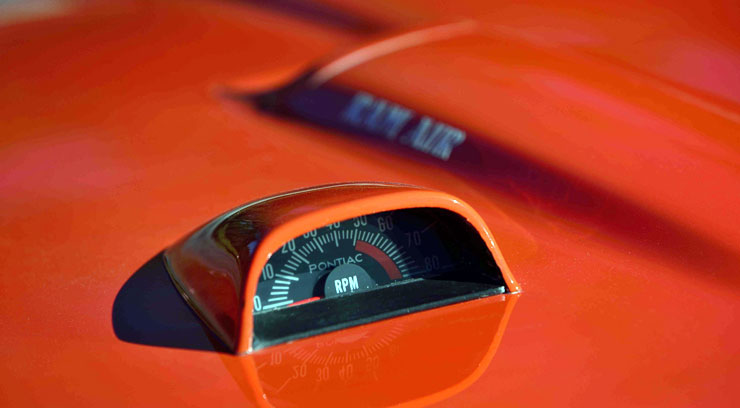 Was it fast? Quite the racer, actually.

When stopped side by side at the red light, you would think twice before attempting a fight with the Judge. The Ram Air IV was good for a 0 to 60 mph in a very quick for its time, 5.1 seconds. If that wasn’t enough, an official drag strip run saw the GTO Judge do the quarter mile in 14.77 seconds at 96.5 mph, with the Ram Air III and a 4-speed manual.

Later on, the Judge tested again at the drag strip, this time boasting the Ram IV. It shed 1.1 seconds of its original time and blasted past the finish line at 105mph. Living up to its name, the Judge handed out street justice to anyone ignorant enough to ask for it. It wasn’t just the extra horses of the engine shedding off the time on the quarter mile. Actually, with extremely low-cut gears (2.22:1 to 1:1) and a hypoid differential with limited slip capacity, the Judge pulled on everything to launch at the grip limit of the G70-14s and keep digging until the quarter mile mark. 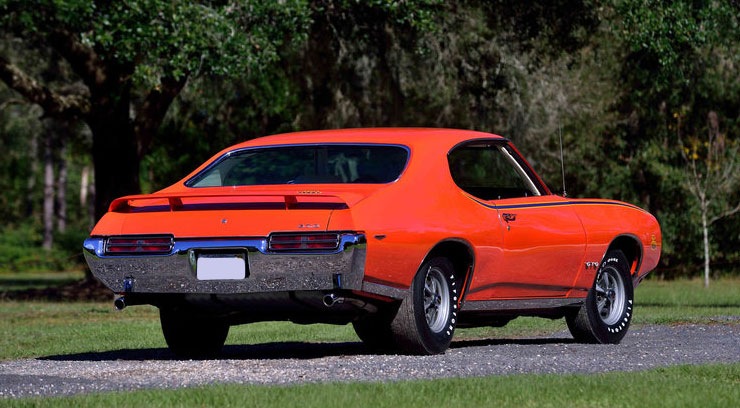 Can you get a Pontiac GTO Judge today?

With countless articles and books written in its honor; it did not take long for the GTO Judge to become a highly collectible car. Although it started out as an everyman’s affordable muscle car, recent auctions at high profile auction houses have managed to drive prices into 6-digit territory.

As a matter of fact, most 4-speed Ram Air IV GTO Judges in good condition will be bid upon for anywhere between $30,000 and $80,000. Difference in prices take in account the condition of the vehicle, existence of original accessories as well as documentation.

Still, these aren’t the most expensive GTOs on the market right now. Here’s an interesting fact: during the 60s, you would mostly wish for a solid roof above your head when aiming for a muscle car. The obscene amount of power produced by large displacement V8s was scary and any crash, skid or roll could have been fatal in a convertible.

Even so, a limited number of Pontiac GTO Judge convertibles were made. Due to their rarity, auctions have seen them being sold for up to $620,000 when in mint condition. That’s more than many supercars command today. 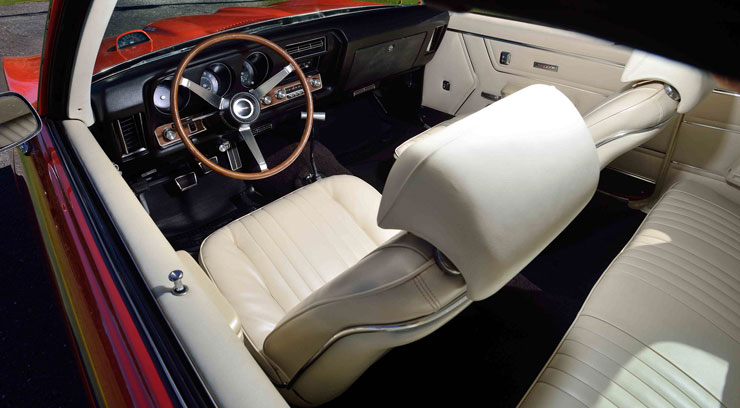 The rise, the decline, the legacy

Pontiac produced the highest amount of GTO Judges during 1969. Even so, the model accounted for 6,883 units out of the total 72,287 GTOs produced. Even though it provided the boom for muscle car manufacturing, early 70s were not the ideal moment to own a gas guzzling coupe. As such, sales dropped dramatically in upcoming years, reducing to just 374 pieces in 1971.

Despite the quick ascent to power and just as quick of a drop, the Pontiac GTO Judge left behind a strong legacy, admired by muscle car lovers all around the world. Some people inspire a generation. It may be through an example of hard work and perseverance. It may be through guidance and wise words. In a similar fashion, the Pontiac GTO Judge lead the way for what became a beloved niche and American automotive symbol: the muscle car.

We owe the GTO Judge the existence of brilliant beasts like the Hemi Cuda, but even more, we owe it the chance of seeing what the essence of big-block V8 coupes were really about. No-nonsense, raw power delivered to the ground via shredded tires.

If you ever get the chance to drive one, do yourself a favor. Get the mighty Ram Air warmed up, find an empty street, lower the windows, engage the throttle and bath in the sounds of mechanical symphony escaping from under the vibrating hood and out through the reversed dual mufflers.

Which 1963 classic car would you rather have?

Which modern American muscle car would you rather drive?