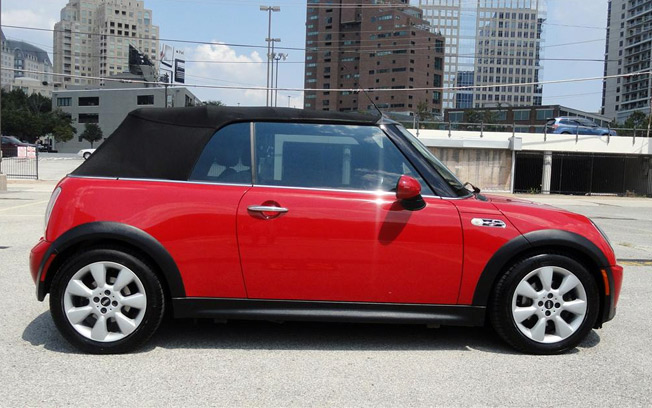 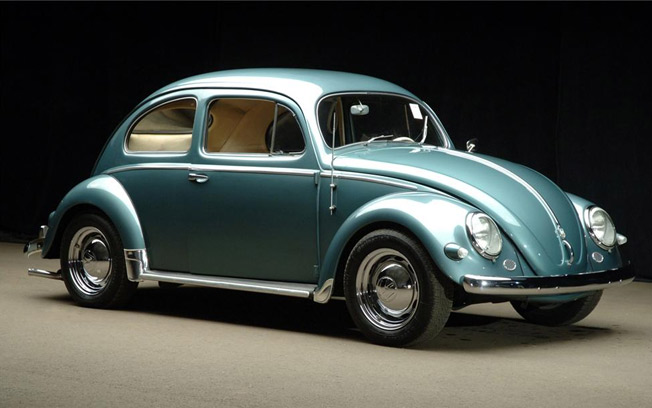 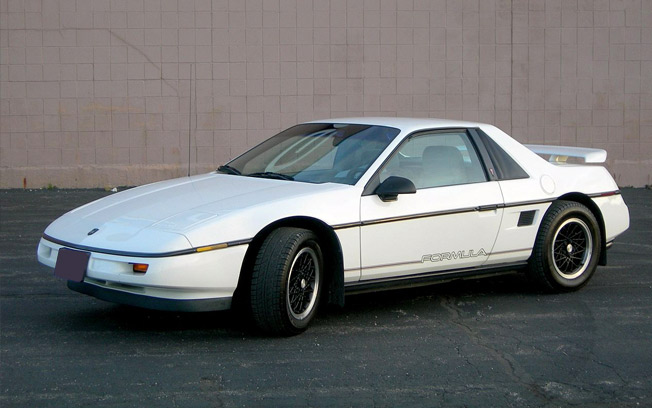 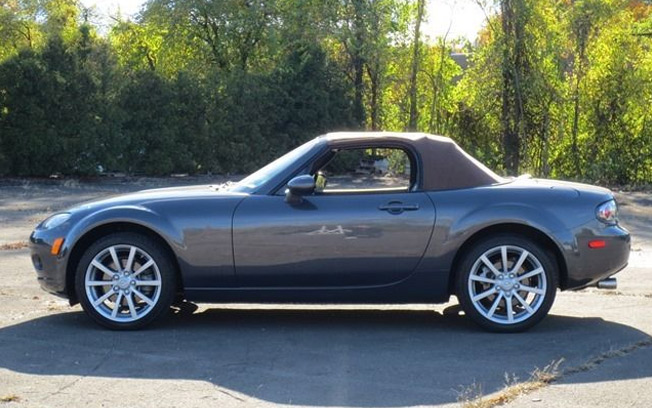 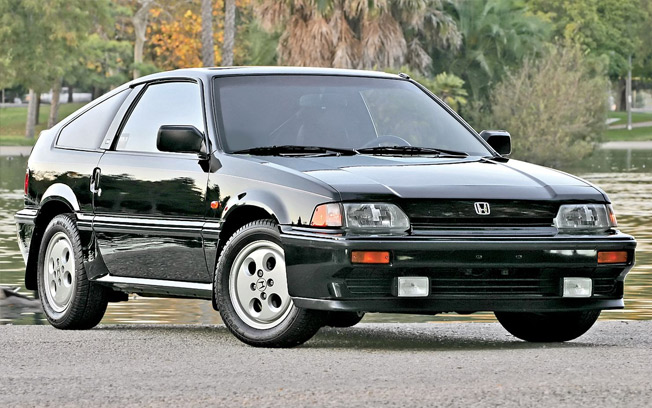 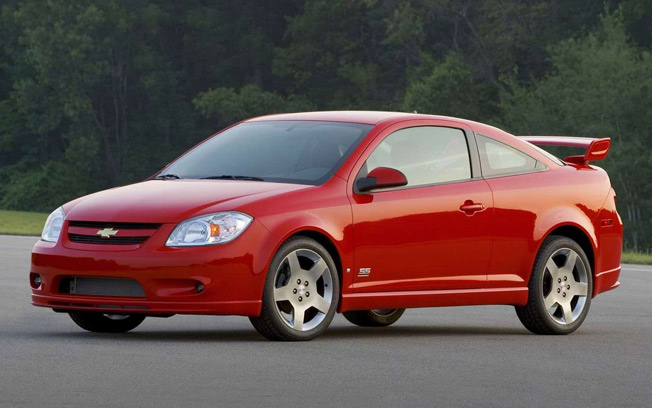 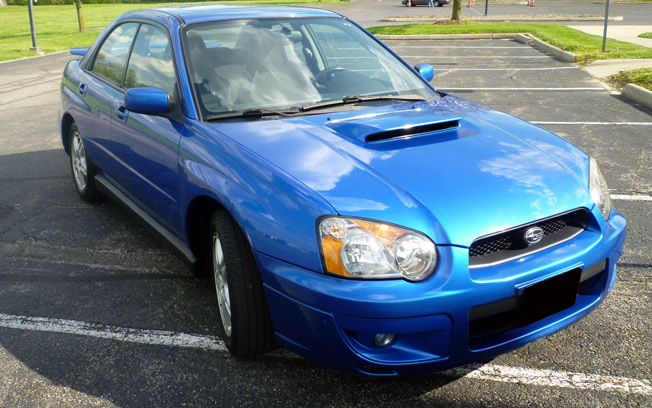 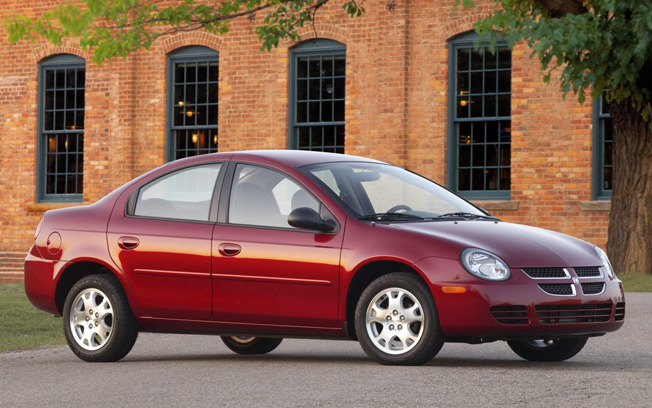 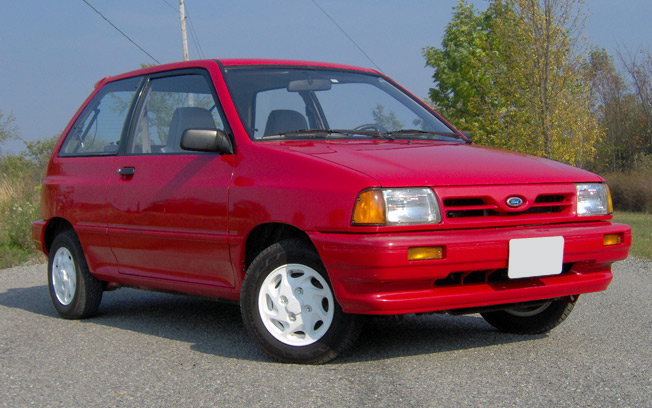 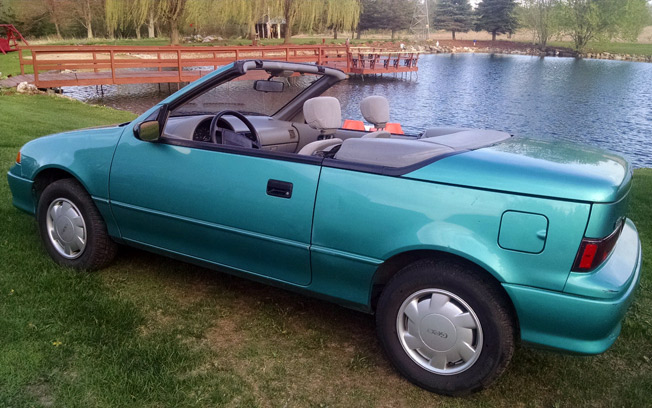 Having a blast in your ride doesn’t mean you need to drop six figures at a dealership owned by a guy named Giuseppe. Although a prancing horse or raging bull badge is usually a sign of a good time, there are many cheap alternatives that don’t come from Italy and can be fun on the street or track. Here’s 10 of the best fun slow cars, for the least amount of coin. The current Mini Cooper is a rather heavy BMW compact that harkens back to the Minis of old. The modern Mini hit North America in 2002, and has been a sales and critical success due to its fun factor. A modern Mini feels like you are driving a fat go-kart on the streets, and its driving quality has translated into countless race victories around the world. For even more fun, seek out an older imported Mini, for an adorable flyweight and fun cruiser.

Although they are getting rare these days, the classic Volkswagen Beetle was made in such high numbers, they are still easy to find in the classifieds, eBay, or AutoTrader. “The People’s Car” is light weight and easy to drive, and with limited options to clutter things up, it’s so simple you can Macgyver fix nearly any problem with duct tape and a paperclip. Although incredibly slow, there are several cheap recipes to get the quarter mile time into the high teens, and the uniqueness of an air-cooled engine is a big cool-factor these days. For fun classic motoring, it’s hard to beat a Bug.

Sure, the Pontiac Fiero and Toyota MR2 are entirely different case, but they share the same ideas. In the 1980’s a cheap mid-engine four cylinder two-seater seemed like a great idea. Both companies offered great handling, steering, and manual transmissions, and now the aftermarket supplies a ton of go fast goodies. They’re both nice drivers in stock form, but become near-supercars when a capable V8 is swapped in back.

The Mazda Miata is the answer to every car question. Want a fun weekend car? Miata. Want to get into entry-level racing? Miata. Want to haul a baby in back? ….. Okay, not Miata, but if you are looking for a charismatic drive, it’s really hard to beat a Miata for the price. Lightweight, rear-wheel drive, excellent weight distribution, and one of the very best manual transmissions in the industry make the Miata a cult favorite. Buy a first generation model on the cheap, and you will be a sports car fan for life.

Before The Fast and the Furious turned every Honda into a rolling display of questionable taste, the little CRX was known for amazing gas mileage and it’s engaging drive. The light subcompact has excellent steering response, a well handling suspension, and typical ‘80s Honda reliability. It is a bit of work to make them quick, but just a couple bucks on suspension upgrades, and you have a serious handler that makes the drive to work fun.

The Cobalt gets zero respect, and that is reflected in the worthless resale value. If you can deal with recalls, sloppy build quality, and a dreadful interior, you can pick up a Nürburgring-tuned Cobalt for next to nothing. Even the base model offers a thoughtfully designed chassis and suspension, but the forced induction SS is the choice model. Don’t believe me? 2008 Cobalt SS is faster than an Evo MR around Virginia International Raceway.

Everyone knows the STi is a blast, but at $35k new, it’s far from cheap. For a fun Scooby that you can buy without financing and beat on without fear, check into a 15-year-old Impreza. These cars were seriously tough, and are still in great shape today. The all-wheel drive is fantastic off-road, and the massive online Subaru community will help you with repairs and modifications. Older Imprezas aren’t pretty, but think of them as the A-10 Warthog of the car community. They take a beating down in the dirt, and still get you home.

While the Plymouth/Dodge Neon is on the list of vehicles that should never make a comeback, it was a fun, if unreliable, little car. The Neon was a rather successful SCCA racer in its day, and won several class championships in the ‘90s. Dodge even released some factory upgrades, a how-to manual on modding, and even an ACR version. Seriously. Although no one will confuse it with an ACR Viper, if you are looking to doing some Autocross, a Neon is a great way to try it out without looking incompetent.

While it looks like a trashcan on wheels, and has a suspension made out of used pogo sticks, the Ford Festiva is too fun to ignore. The stock four banger is a worthless 63 hp lump, but even this junker moves the 1,700 pound Festiva in a rather amusing way. Since it has Mazda underpinnings, it’s easy to swap out for a larger four from a 323, effectively doubling the horsepower. Throw a turbo on that and you have a hilarious and ugly fast car.

Okay, I’m stretching the definition of “fun” here. The Geo Metro was more proof that 1980s GM hated their customers. If you can look past every single negative aspect of this car, and there are many, the Metro has potential to be the most fun of any car on this list. Metros are essentially worthless, and I’ve seen some willing to trade a perfectly running car for other parts, or even asking someone to come take it off their hands. With a disposable car that you absolutely don’t care about damaging, the potential for hoon-ability goes up dramatically. If entering Le Mans isn’t your thing, why not invent a sport, like car bowling?

Having a blast in your ride doesn’t mean you need to drop six figures at a dealership owned by a guy named Giuseppe. Although a prancing horse or raging bull badge is usually a sign of a good time, there are many cheap alternatives that don’t come from Italy and can be fun on the street or track. Here’s 10 of the best fun slow cars, for the least amount of coin.

What is the most annoying thing other drivers around you do?