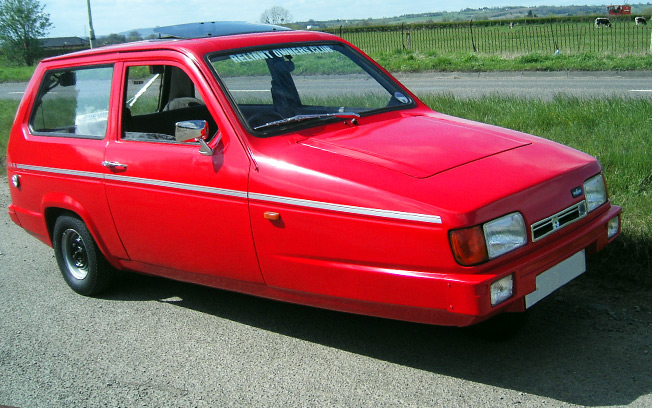 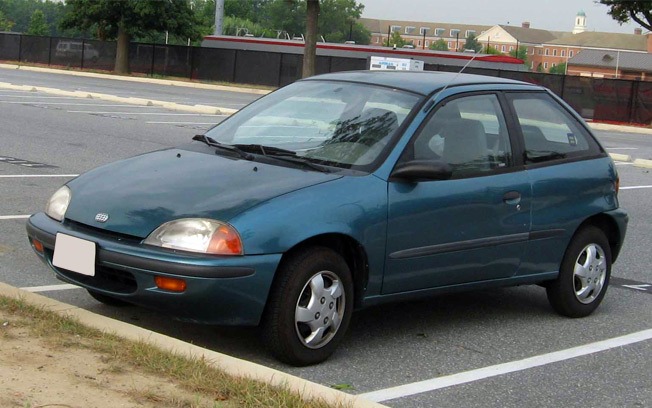 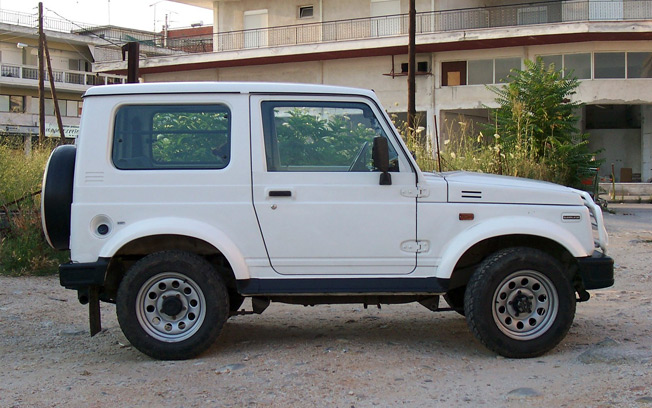 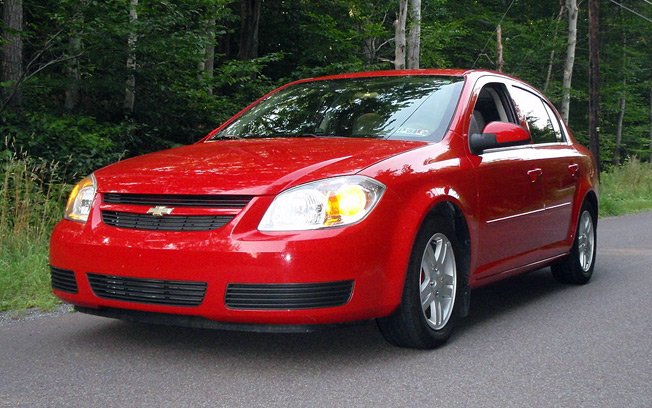 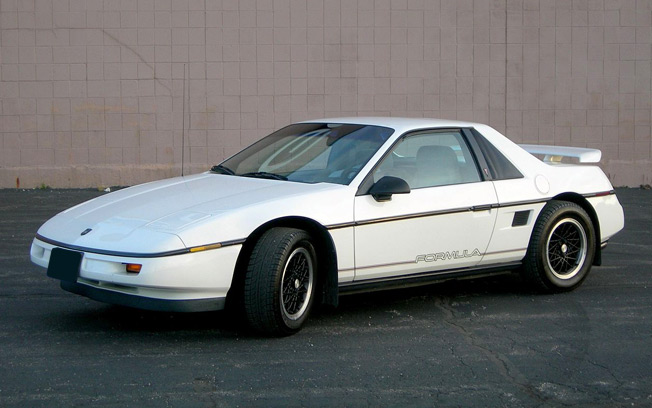 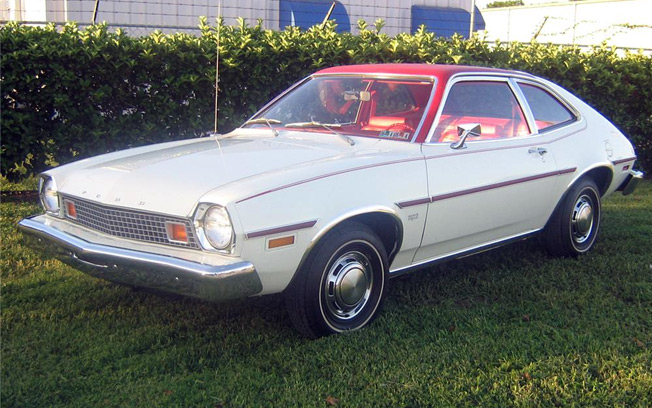 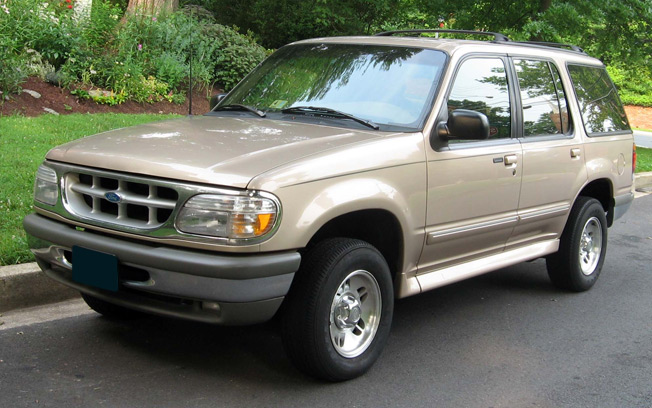 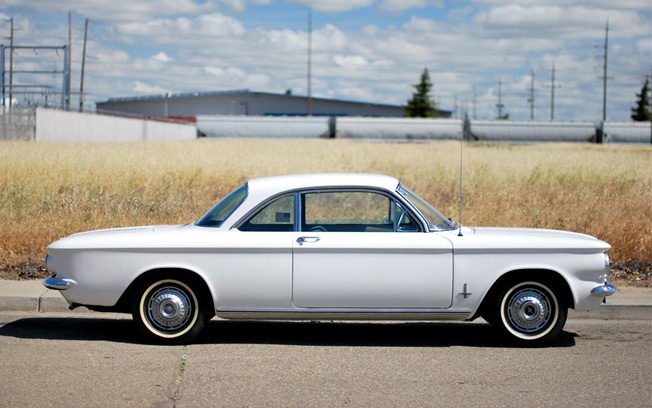 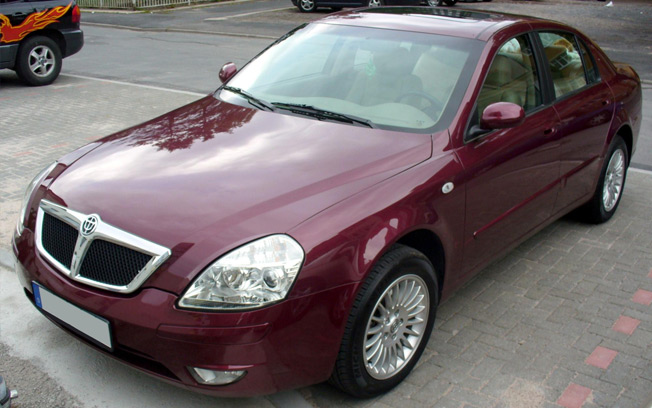 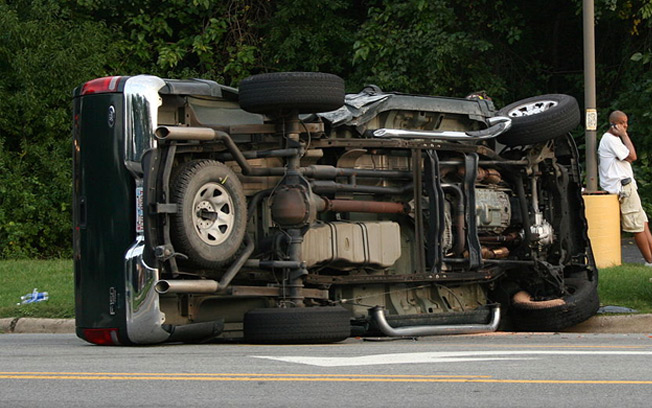 Honorable Mention: Anything with Takata airbags 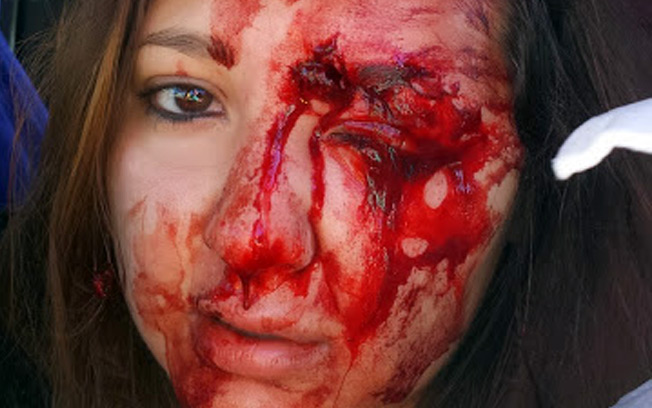 Most cars are extremely safe vehicles, dozens of warning systems, active safety measures, and a bazillion air bags. Older cars aren’t nearly as safety oriented, and there have been some straight up deadly vehicles on the road. Here are the top ten deathtrap vehicles. Top Gear infamously drove a Reliant Robin well beyond its limits, just by driving the speed limit. Three wheels on a car can make sense, as it reduces costs and weight, while increasing efficiency. It also increases the likelihood of an accident, as it loves to roll completely over when you take a turn too quickly. Or when you take a corner slowly. Or when the wind is blowing.

The Geo Metro is often disrespected as a slow crapbox economy car, and for the most part, it is. It has some charm due to the light weight, and fantastic gas mileage. These aren’t enough to overcome its drawbacks, which include an embarrassingly bad three-cylinder that does zero to sixty, maybe. In an accident, the Metro reveals the efficiency of its tinfoil crumple zones, and it transforms from egg-shaped car into accordion shaped coffin.

This tiny truck was made by someone that really wanted to take their Geo Metro off-roading. Because that sounds like a good idea. Think of it like a Jeep CJ, but without any kind of build quality or durability. With a high center of gravity, short wheelbase, and no capability, the Samurai committed seppuku anytime it left the pavement.

The long overdue replacement for the terrible Chevy Cavalier was the terrible Chevy Cobalt. It was essentially the same car, just more expensive. Unfortunately GM didn’t spend that extra cash on ignition switches, so the Cobalt likes to randomly turn off the engine (and take power steering and brakes with it) whenever you bump the ignition, put too many keys on the key ring, or just drive it.

How could anyone hate a great looking car? A mid-engine, rear wheel drive sports car with a V6 and manual transmission is a great combination, except when it’s trying to burn you to death. Fieros suffered from inadequate cooling, and combined with the geniuses at the factory shipping it low on oil, wring this little car out for a bit, and you’ll find out why its nicknamed Fire-o.

This sub-compact pile was supposed to compete with Japanese imports, but instead drove Ford customers to Honda and Toyota. While the gas tank placement over the rear axle was rather common in the ‘70s, this particular car liked to send the differential bolts into the tank on impact, spilling fuel everywhere. It’s Ford’s answer to the Fiero, but it just came first.

We can blame this SUV for the popularity of the SUV and crossover movements, and for the death of the sport wagon. That alone makes the Explorer suck, but during the ‘90s, this body-on-frame SUV was trying to kill its soccer mom drivers. The high center of gravity, craptastic Firestone tires, and off-road suspension led to many drivers rolling these beasts after just the slightest emergency maneuver.

The ol’ Porsche 911 and Chevy Corvair are beautiful old classics that should never be listed on any negative top ten lists, right? Except when they’re both trying to kill you. Light weight and with sporty handling, both sports cars were meant to be fun and tossed into the twisties. With a rear-mounted engine, and in unskilled hands through a corner, both cars like to suddenly transfer momentum to the rear, which sends you off the road, backwards.

Odds are you’ve never heard of this one. If you have, it’s because of its headline making lack of safety. The BS6 is a mid-size sedan that looks like a ten year old Sonata designed by a Hyundai that just didn’t care. Back in 2007, the BS6 attempted the Euro NCAP safety tests. The chassis seemed to be made of fortune cookies and it hilariously crumpled, while the steering wheel pulled a Mayweather and uppercut the driver’s face. Word is they still haven’t found all the bits of crash test dummies.

The undisputed king of sales figures is also the king of recalls. The last 20 years have seen the F-series have issues with the power steering, lights, and fires caused by overheating speed sensors and leaking fuel tanks. Fortunately, most of the F-150s that burned to the ground were parked and off. Oh, and then there's the convenient issue where the wheel just falls off while you are driving. In 1998 alone, the F-150 was recalled 18 times. Because it's trying to kill you.

34 million vehicles recalled. That’s more brand damage than any one manufacturer can dish out to themselves, even including GM. Takata airbags like to explode violently on even small impacts, shooting metal shrapnel into the face of the driver. Check if your vehicle is on the recall list, and get it taken care of as soon as possible. This graphic picture shows a gruesome aftermath of a faulty Takata airbag. While all of these cars are dangerous in some way, I’d still like to own a few of them. Are these ten deathtrap cars worth owning, or is the potential for fiery death too high? By Andy Jensen – Contributor

Most cars are extremely safe vehicles, dozens of warning systems, active safety measures, and a bazillion air bags. Older cars aren’t nearly as safety oriented, and there have been some straight up deadly vehicles on the road. Here are the top ten deathtrap vehicles.

Which brand do you think is more exclusive and prestigious?